Rock salt, generators are hot commodities ahead of winter storm

Some shoppers in Richmond’s West End found stocks of winter weather supplies nearly wiped out ahead of a significant winter storm.

RICHMOND, Va. -- Some shoppers in Richmond’s West End found stocks of winter weather supplies nearly wiped out ahead of a forecast storm.

CBS 6 stopped by Pleasants Hardware on Patterson Avenue as employees worked replenish supplies inside and outside the store.

“We have someone working very hard to keep us supplied, but demand is high and it’s hard to get the items in here right now,” said Manager Melissa Jenkins.

Jenkins’ shelves were stocked with 70 bags of salt when she opened her store at 8 am. Wednesday. Only 16 bags were available for purchase three hours later.

Nadeem Khan, a local realtor, snagged a few bags of salt before the rush.

“I figured I’d give it a shot and stop by before I got home to see if they had any bags left and they had a few,” he explained.

However, one shopper cleaned out the remaining supply of salt that Pleasants had left on the shelves shortly after.

Shovels, ice scrapers, and fire logs were plentiful for customers. Jenkins had sold out of generators and kerosene heaters to be used in case the power goes out.

Jenkins hoped another truck of supplies could arrive before the end of business at 8 p.m.

“If you don’t want to try and fight the crowds today we will restock and keep going,” she reassured. 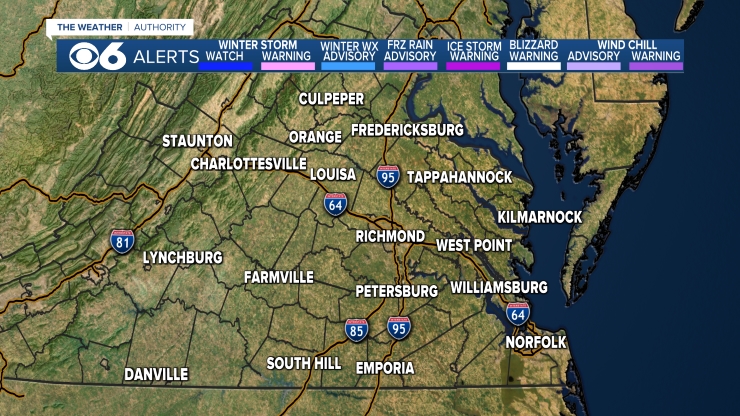 A Winter Storm Warning is now in effect for most of Central Virginia, with only the eastern Northern Neck, Middle Peninsula, and Hampton Roads not under any current watch.

A storm system will spread moisture into the region late Wednesday night, resulting in a heavy wintry mix for much of the watch area on Thursday.

Significant ice accretions are likely in a northeast to southwest oriented band that will run through the Richmond area.

The wintry weather will taper Thursday night into Friday morning. 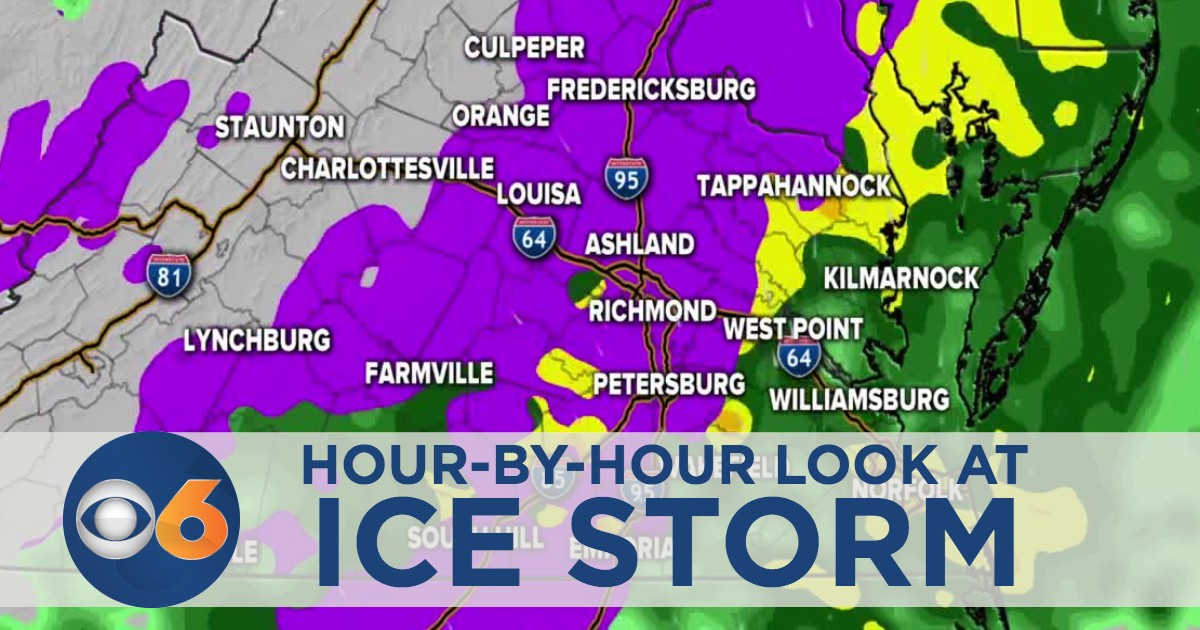