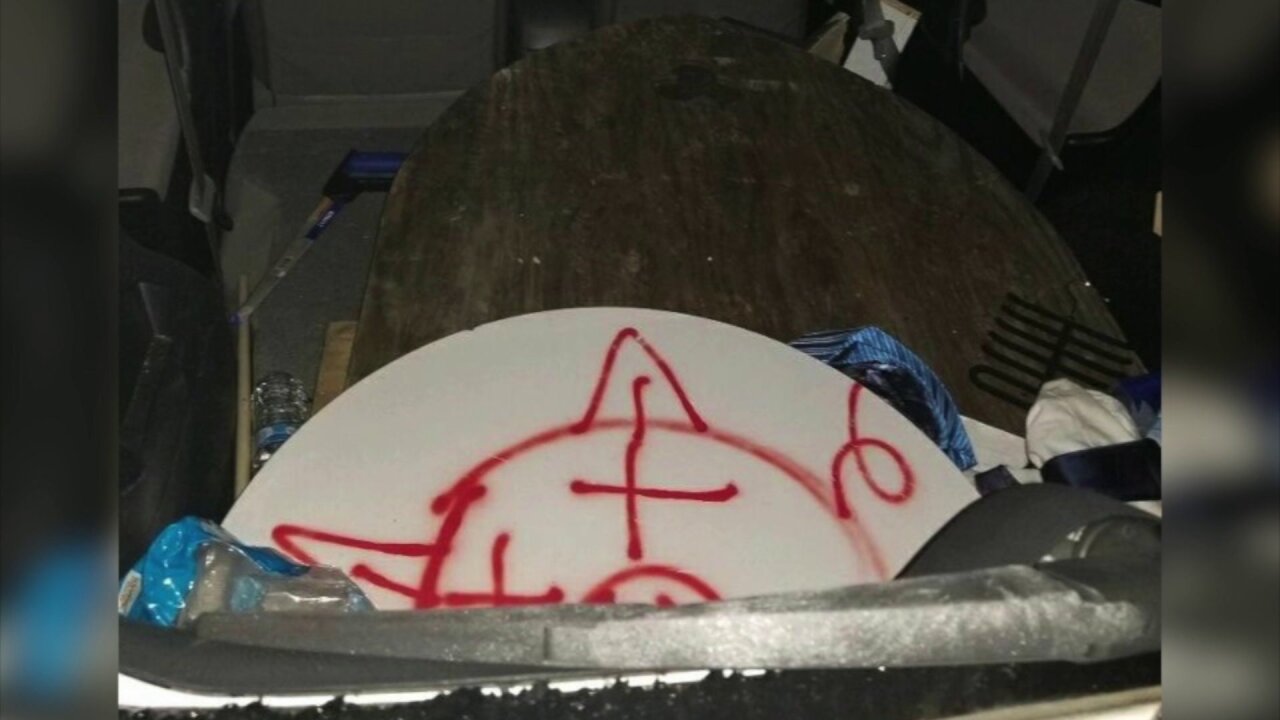 RICHMOND, Va. -- A Chesapeake man was arrested for driving the wrong way in Richmond Saturday night, according to Virginia State Police.

Troopers said they pulled over 22-year-old Harrison Sellers going the wrong way on Arthur Ashe Boulevard near The Diamond around 9:30 p.m.

As a trooper walked up to the suspect's SUV, state police said Seller tried to run away, but was taken into custody after a struggle.

When state police searched his SUV, officials said troopers uncovered what they called an "incendiary device" along with a hand saw, wooden shields, a gas mask and a shovel fashioned into a spear.

"After further examination by a State Police bomb technician, the canister was confirmed to be a legal munition," officials said.

Troopers previously said the object was confirmed to be an active explosive device.

Sellers was charged with reckless driving.

Officials said the investigation into the case is ongoing.