Richmond Police officers use training to save woman: 'She was just going through a tough time... it happens' 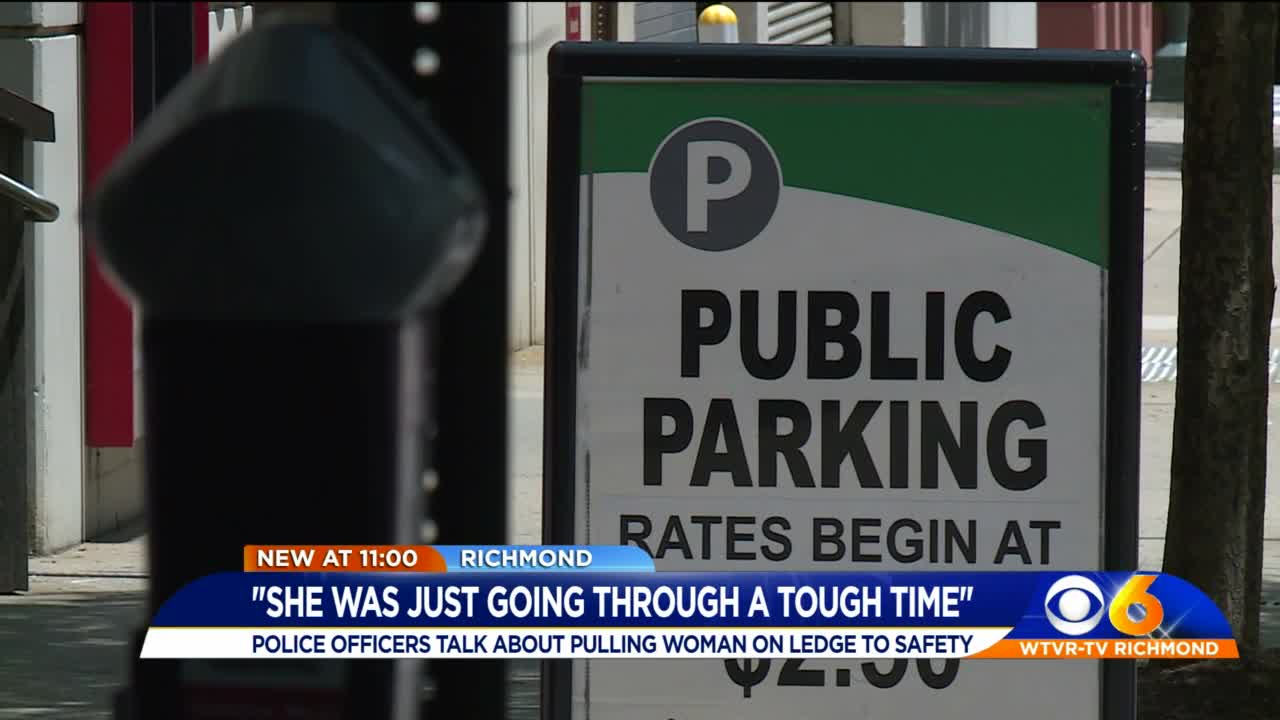 "We assured her she wasn’t being selfish and was just going through a tough time... It happens. She sat there and didn't really respond." 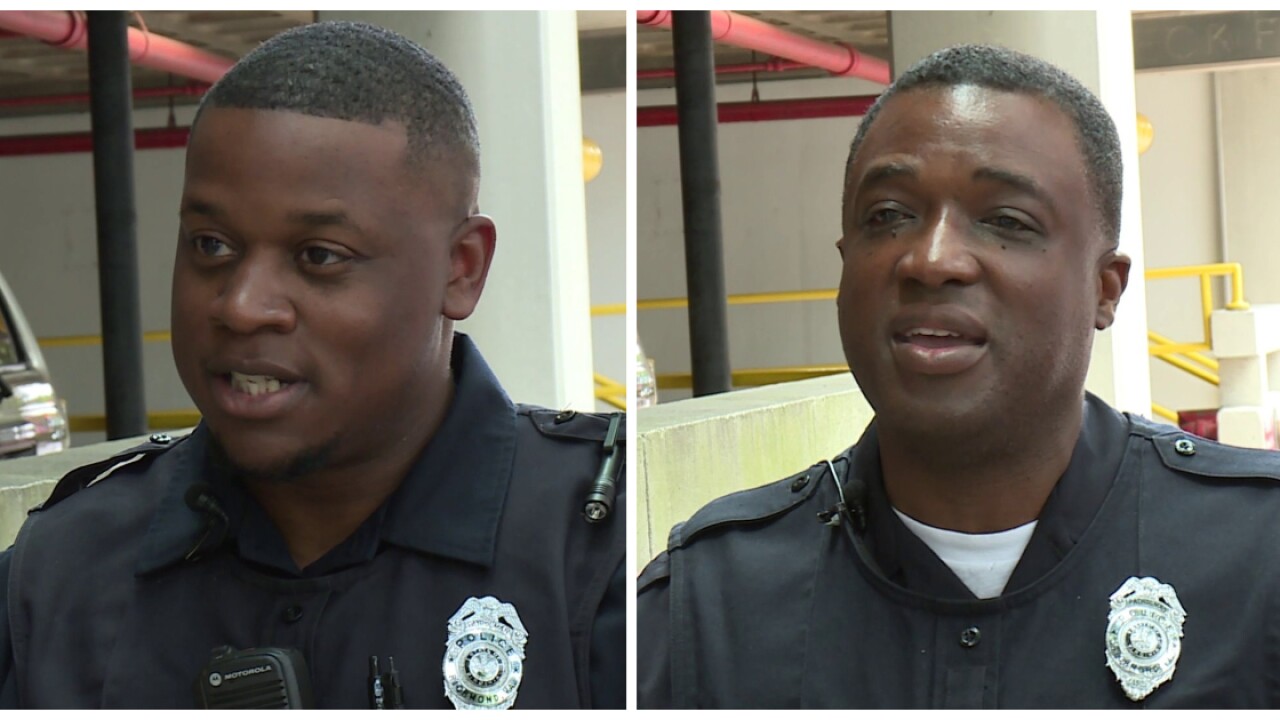 RICHMOND, Va. -- Two Richmond Police Officers used crisis intervention training to help save a woman who intended to end her life by jumping off a Bank of America parking deck in downtown Richmond.

"Once I got to the stairs and I got up there I was like, ‘I know I need to say something to this lady to calm her down,’ and it just kind of came out,” said Officer Tavon Morris.

As the crisis unfolded, Morris said he tried to stay calm and remembered what he learned in crisis intervention training more than a year ago.

"I’ve seen several attempt suicides but this is the first one that I felt was the real deal,” said Morris’s partner, 28-year veteran Officer William Burnett.

Burnett wasn't too far behind his partner in getting to the scene.

Both officers teamed up with a Bank of America security guard to intervene after the woman, found hanging over the ledge of a parking deck on East Cary Street on Tuesday, said she wanted to die.

Video shot by a witness in a hotel across the street shows the tense moments and the woman's rescue.

Thankfully, Morris and Burnett were able to lift her over the concrete slab to safety.

"Her arms were completely limp and when we attempted to pull her over the edge and back onto the deck, she started shoving away from us and pushing," said Burnett. "We assured her she wasn’t being selfish and was just going through a tough time,” said Morris. “It happens. She sat there and didn't really respond."

Both officers said they were just glad to get her some help, which they say is why they keep walking the beat. "I care about the community and people in this city and I'm not the only officer that does," said Burnett.

Burnett said that he felt like a higher power had a hand in the rescue: his birthday was Tuesday, the same night the woman tried jumping.

It was a night he was supposed to be off-duty but came in because he knew his colleagues were short on manpower.