Richmond couple celebrates 75th anniversary: 'Be kind and stick to your vows' 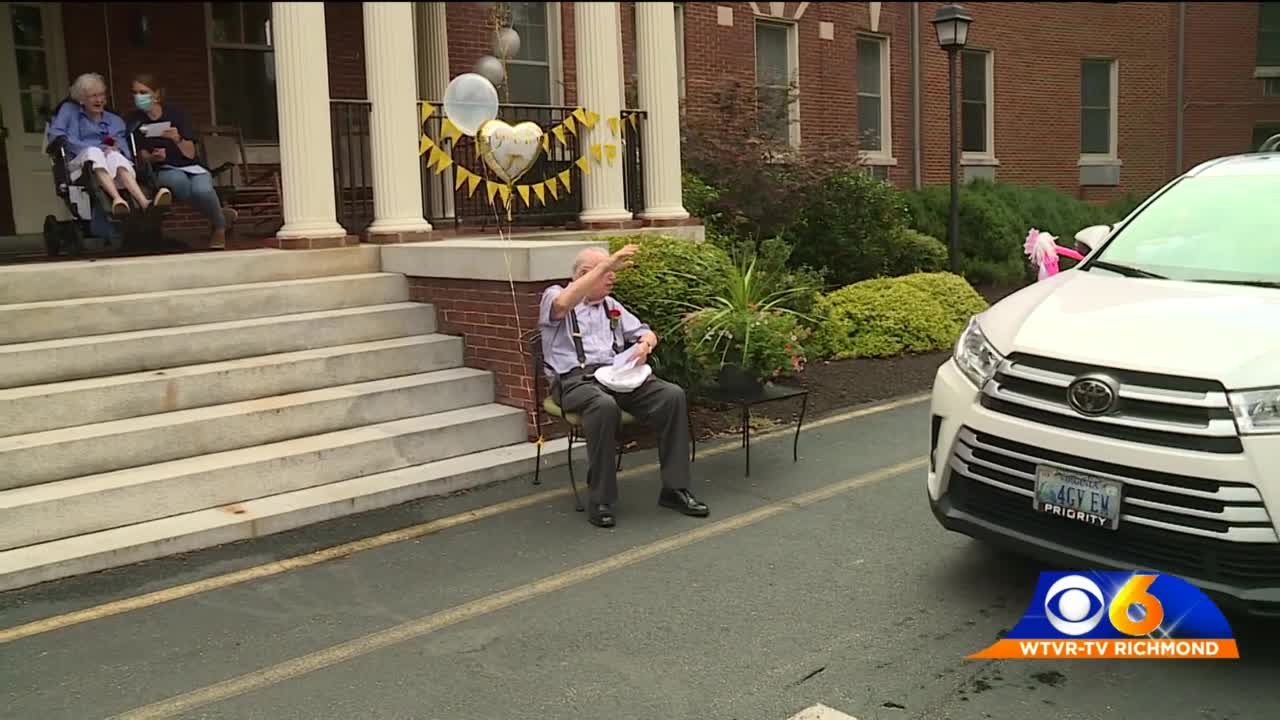 Charles and Frances, a Richmond couple, celebrated their 75th wedding anniversary Friday. Theirs is a love story that started in the 1940s.

Theirs is a love story that started in the 1940s.

Just three weeks into his tenure as a Staff Sergeant in the records department at the Army War College in Washington, D.C. during World War II, Charles was presented with an offer he could not refuse: a blind date.

As the story goes, a married couple also stationed at the Army War College told Charles they wanted to introduce him to a nice girl who lives with her parents in the house they rent.

That girl was Frances Forrester, who was born in Reedville, Virginia in 1923, but moved with her parents to D.C. during the Great Depression when the menhaden fishing industry fell apart.

Charles, who was from Chicago, had recently been a student at Knox College in Galesburg, Illinois studying business when he had to leave to serve with the Army in the war. He entered basic training in June 1943.

The two couples went to the monthly dance in November 1944, "a buffet was offered," and, as they say, the rest was history!

Frances said Charles' "kind and thoughtful" manner attracted her to him.

Charles said Frances was "really sweet and beautiful and carried herself well."

They married on July 31, 1945, just nine months after their first meeting.

Eleven years later, the couple moved with their daughter Lynn, to Richmond, Virginia from Charleston, West Virginia, so Charles could work for the home office of the North America Assurance Society.

A second daughter, Ann, would arrive soon after.

The couple made a wonderful life for themselves and their daughters in Richmond, and have lived here ever since.

Frances ended up working at Lawyers Title when the girls were in high school, and Charles worked at the State Corporation Commission Bureau of Insurance.

They are members of Crestwood Presbyterian Church.

Remarkably, Charles is 97-years-old, and Frances turns 97 on August 16.

They no longer live together as Frances suffered a mini-stroke which affected her mobility in 2019, and she had to go live at The Hermitage.

But the minor set back did not keep Charles from his bride.

Pre-COVID-19, Charles would visit Frances every day and talk to her for hours on end.

During COVID, he visits her twice a week through the glass: she sits inside, and he sits outside on the porch.

When asked for their keys to a long and happy marriage, Frances said "be kind and thoughtful and considerate of the other person."

Charles said the marriage endured because of the couple's "faith in their wedding vows, their belief in the Christian faith, and the relationships they developed with other people in their churches."

The coronavirus meant the family could not celebrate the couple's 75th wedding anniversary the exact way they had hoped to, but they nevertheless found a way to toast their enduring love.

Frances was brought on to the porch at The Hermitage, while her groom sat at a safe distance at the base of the steps.

With him were three dozen white, red, and pink roses: a dozen for every 25 years of their marriage.

Friends and family drove by in a car parade, honked their horns, and rolled down their windows to congratulate the happy couple.

Everyone got a little gift bag featuring a wine cupcake from Pearl's Bake Shoppe.