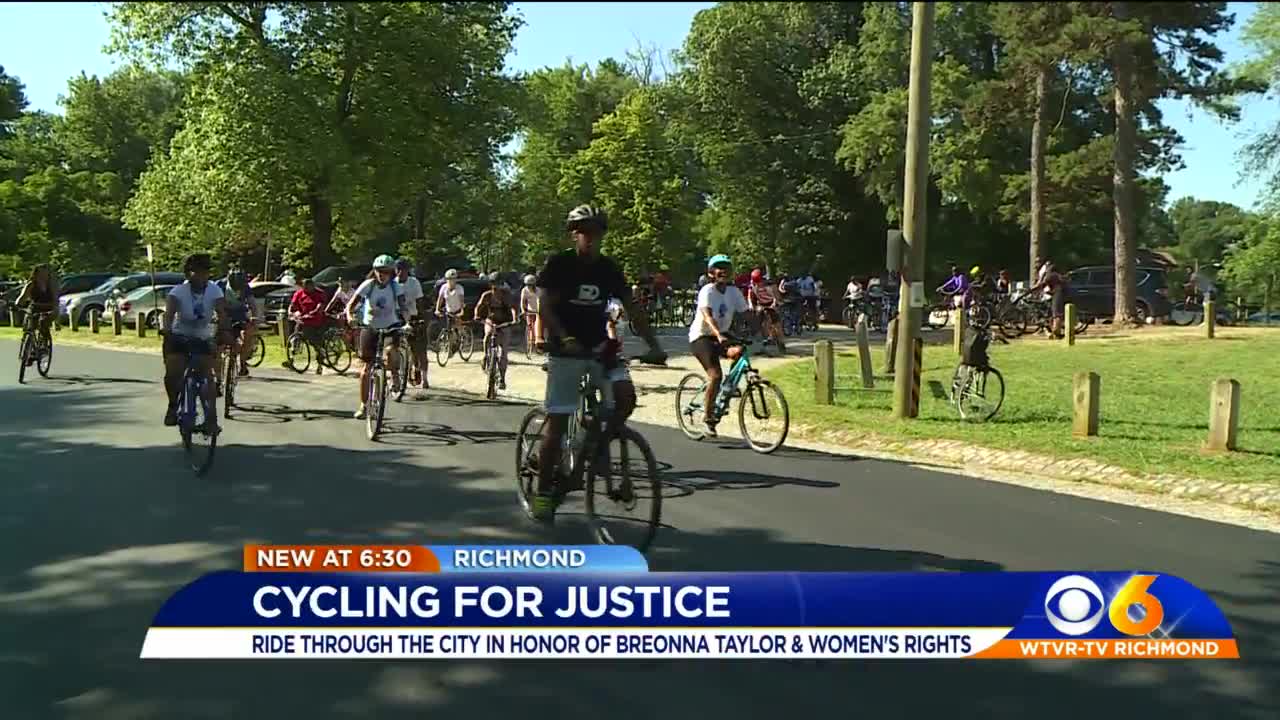 "We want people to see that we are basically riding for a cause in unity, in love and in support." 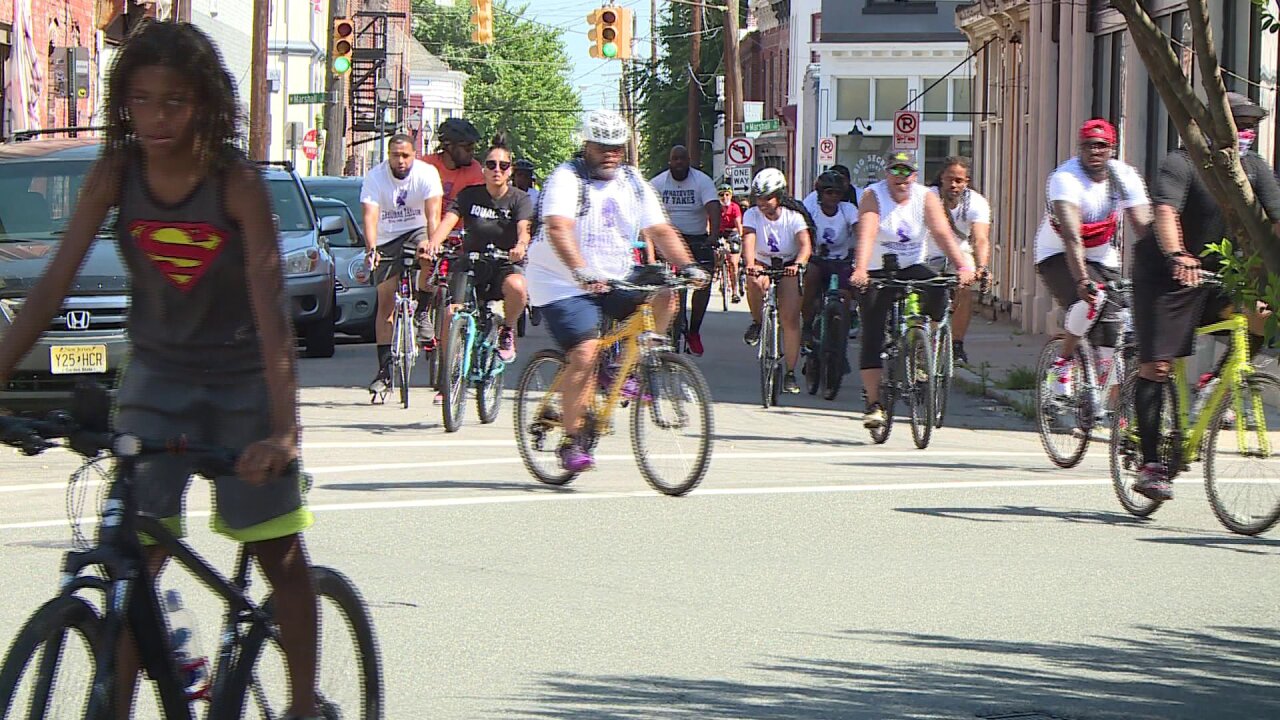 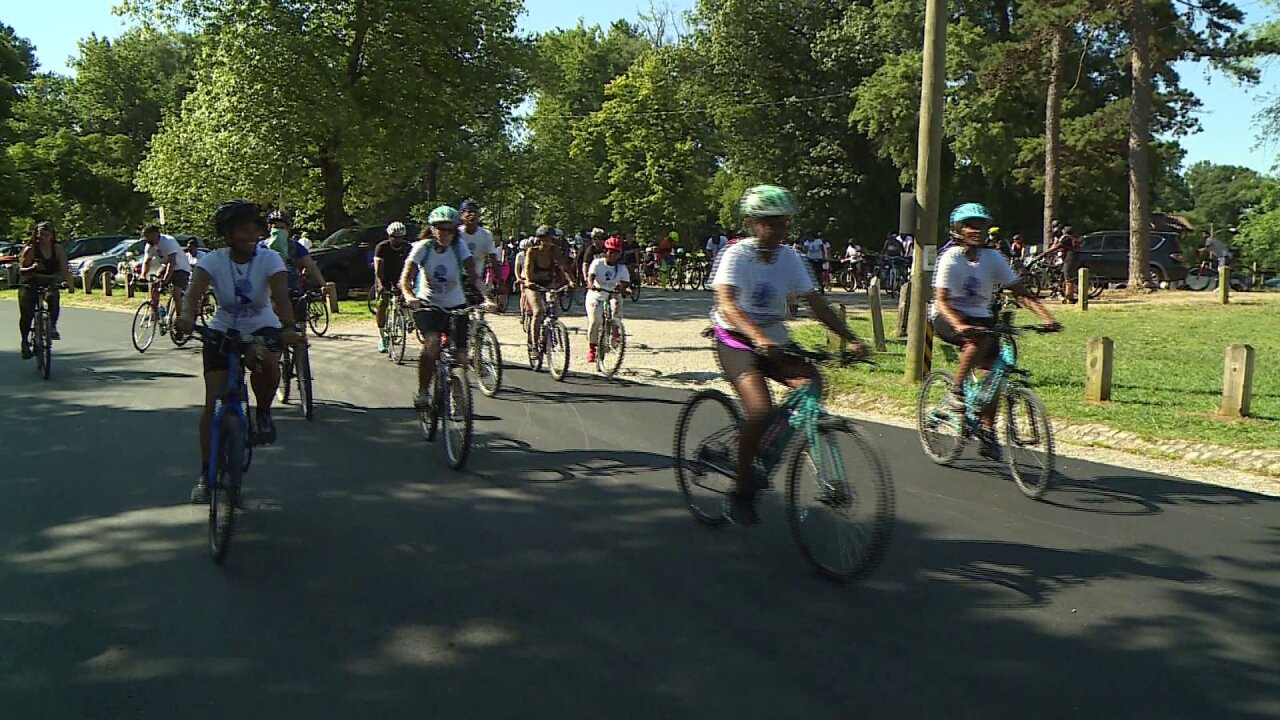 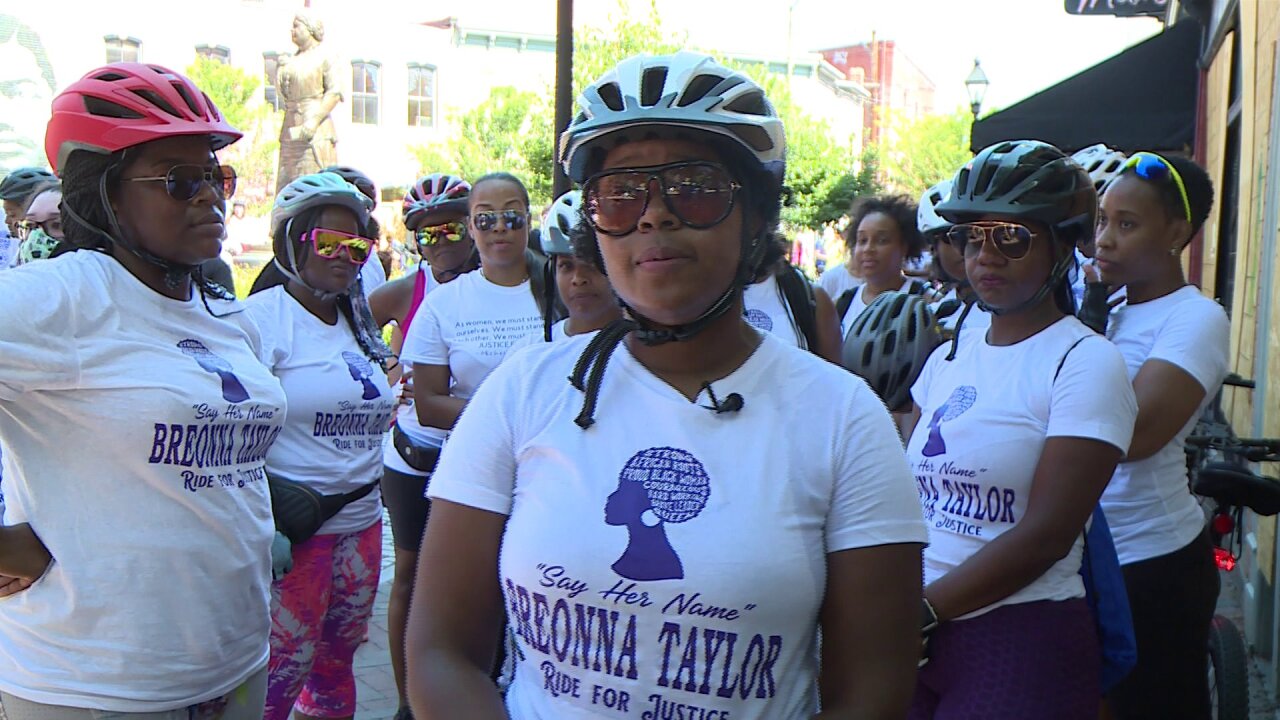 RICHMOND, Va. -- Cyclists pedaled more than 10 miles around Richmond Sunday in honor of women's rights and to call for justice in the Breonna Taylor case.

Members of Urban Cycling Group and Angry Black Females rode from Byrd park through downtown to the Maggie Walker Statue in Jackson Ward.

"We want people to know that we are basically riding for a cause, in unity, in love and in support," Urban Cycling Group's Sakina Bennett said. "We just want people to not forget that Breonna Taylor's untimely death has not been resolved. There's no justice, and we don't want people to forget that."

Taylor was shot and killed in March during a raid by police in Louisville, Kentucky.

Taylor's name continues to echo through the streets of Richmond, the nation and the world during Black Lives Matter protests.

Urban Cycling Group organizers said members ride every weekend, which helps with their physical and mental health during the COVID-19 crisis.