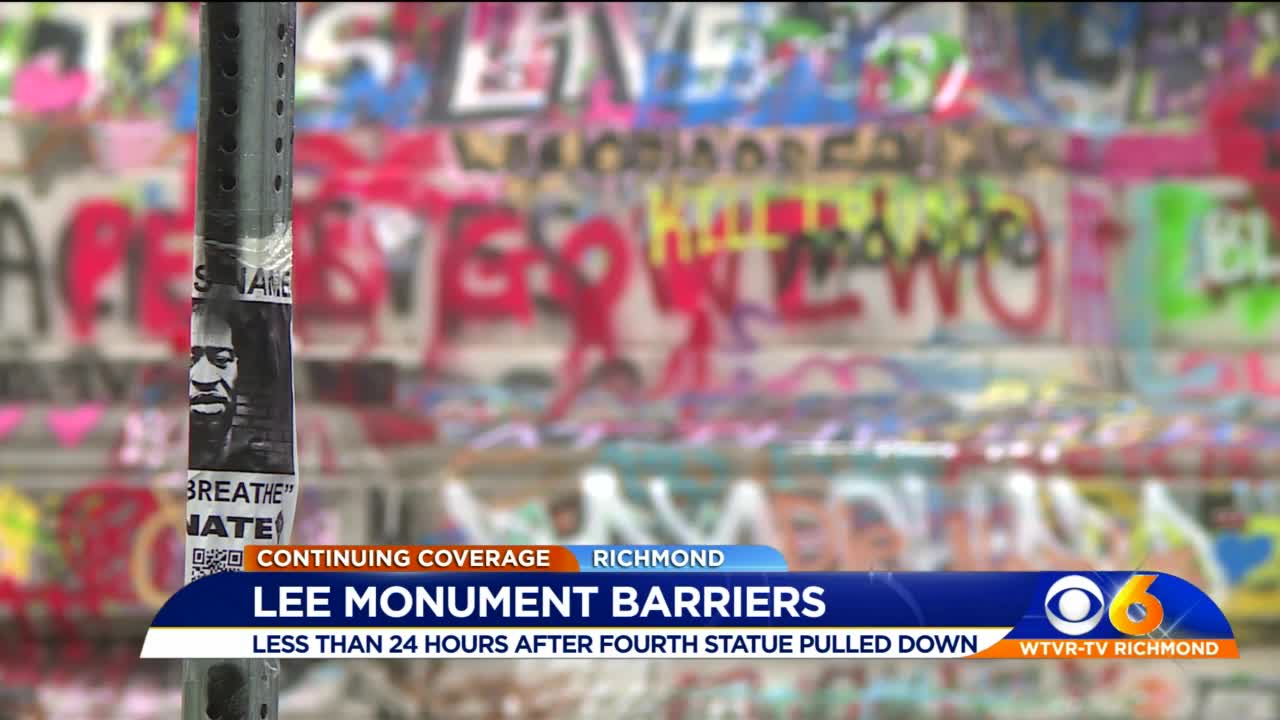 RICHMOND, Va. — A group of about 20 to 30 protesters entered the lobby of the apartment building on Tuesday night where Richmond Mayor Levar Stoney lives.

“A crowd of between 200 and 250 protesters gathered outside Mayor Stoney’s residential building [Tuesday night],” Richmond Police spokesperson Gene Lepley wrote in an email about the incident. “They chanted about the mayor and tagged the building with graffiti. A group of about 20 of them briefly entered the building’s lobby before being removed by private security.”

CBS 6 obtained video showing the group inside the lobby and spoke with the person who filmed it.

He said a resident inside the building opened the door and a group of about 20 to 30 black and white protesters went inside to the lobby.

“When we went in there was a security guard telling us to put on a mask,” said Goad Gatsby. “And…if they want someone to come down, they’ll come down on their own. The mayor did not come down. It was about two or three minutes in there and people just left.”

Stoney’s office released a statement about the incident which said, “Entering anyone’s residence without permission is irresponsible and uncalled for, and more importantly only undermines the cause of Black Lives Matter.”

CBS6 has reached out to the apartment complex’s management for comment but have not heard back.

On Wednesday, a group of faith and community leaders held a news conference criticizing the protesters that went inside the building.

“The invasion on the mayor’s residence is so troubling to me. Where we live is our sacred space. Where we live, we choose it because that’s the vulnerable space for our families,” said Virginia State Del. Delores McQuinn (D - 70th) “And for someone to invade on the space where someone lives. It just takes all of this to another level.”

“Going to a man’s house in an act of intimidation is not cool in my opinion,” said Richmond's 9th District Councilmember Dr. Michael Jones. “If you all want to have a conversation with him pull up and talk to him. And if not, demand that he talks to you.”

Those at the news conference stressed they were not lumping those individuals with the larger, ongoing protests in the city and added they wanted to work together “hand-in-hand” on issues of injustice and systemic racism.

“We must delineate between these young brothers and sisters and allies that are marching and protesting and doing it the right way,” said Jones. “I’ve been out there. Morning and night. Talking with, walking with, protesting with. It’s not the same people.”

“We know that there are good people that are trying to do some things that redress evils that we’ve had for many years and so we are praying that we have the opportunity to come together with a unified agenda in ways in which progress our people. In ways in which we haven’t seen before,” said Rev. F. Todd Gray of Fifth Street Baptist Church.

Some at the news conference also claimed that some of the protesters who entered the building were armed. However, Richmond Police did not mention anyone entering with a firearm and Gatsby said he did not see anyone who was armed. He added he had seen others carrying firearms earlier in the evening, but they were outside of the building.

Other outlets, including the Richmond Times-Dispatch, have reported that a note to residents inside the building stated “no weapons were noticed”.

Gatsby added the comments from the faith leaders stemmed from “inaccurate information” and said he wished that they would spend some nights out with the protesters.

“If they took some time to come out not just in the day, but at night when there is police abuse they can experience what happens on a nightly basis and not just during the day when there’s a more friendly environment,” said Gatsby. “I think if our elected officials, the delegates and city council people came out on a more regular basis, I know they have come out on previous nights, I think that they would understand and wouldn’t jump to rash judgments to stories they hear on the internet.”