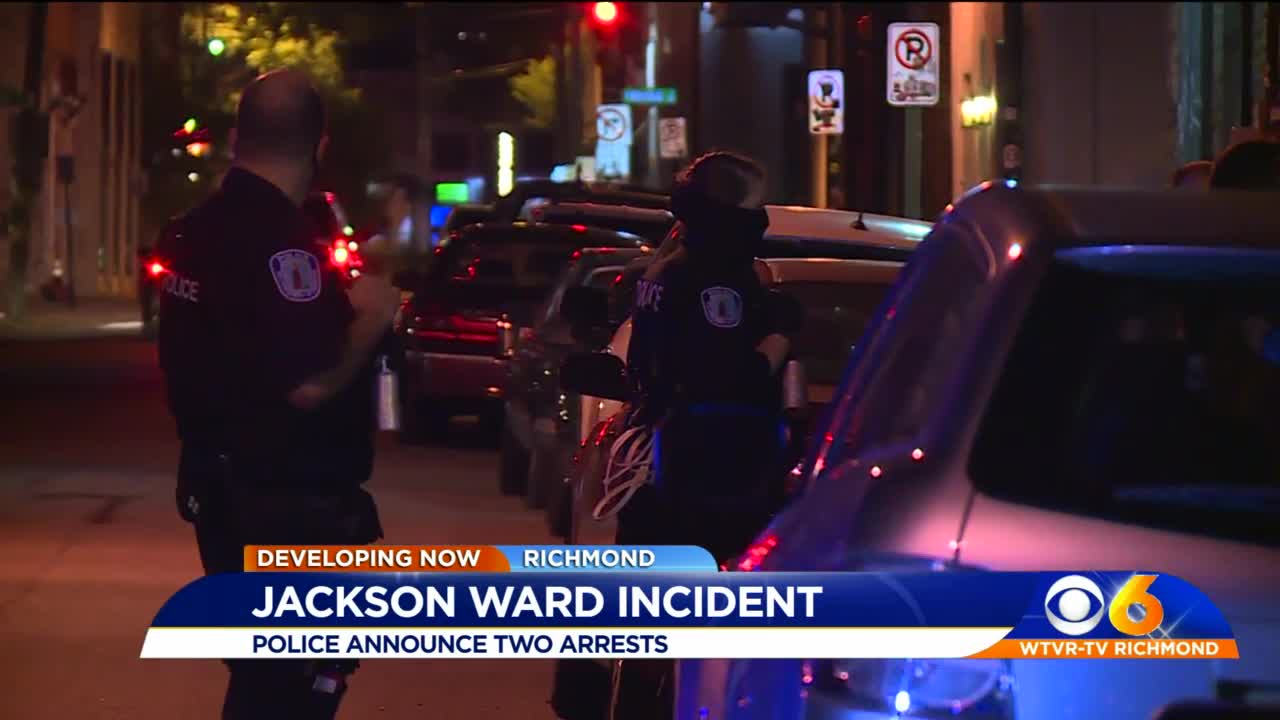 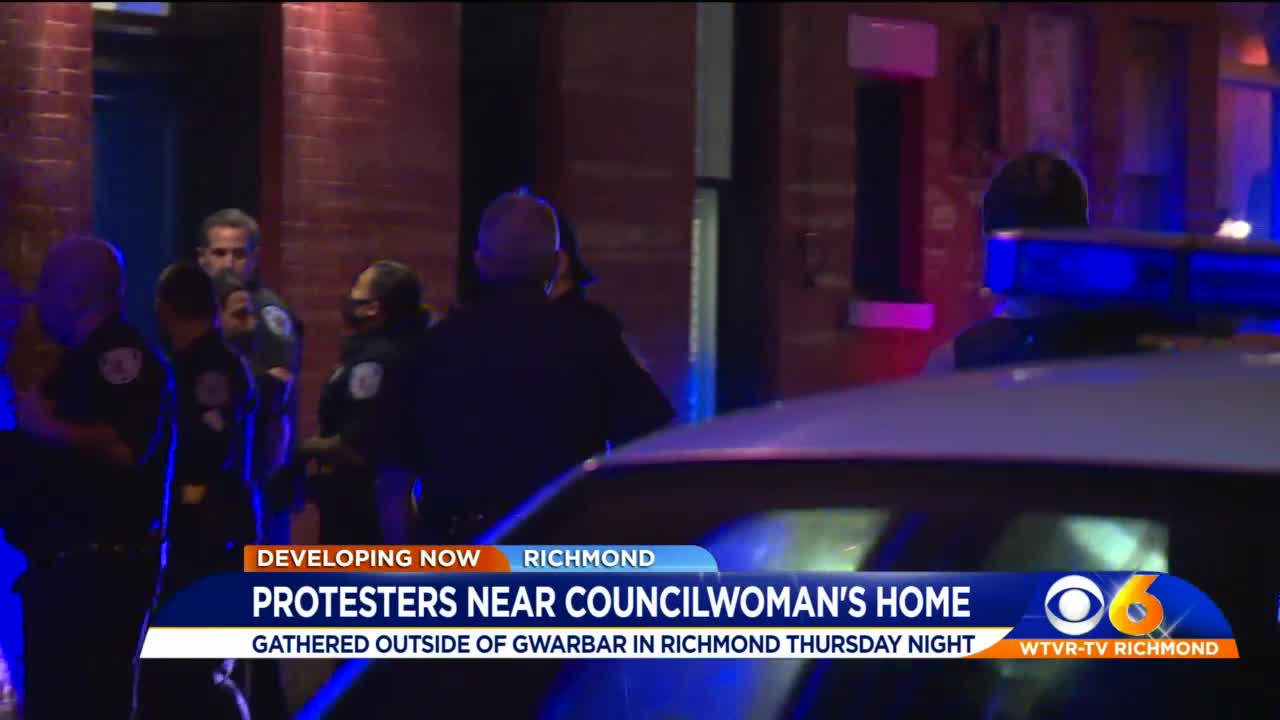 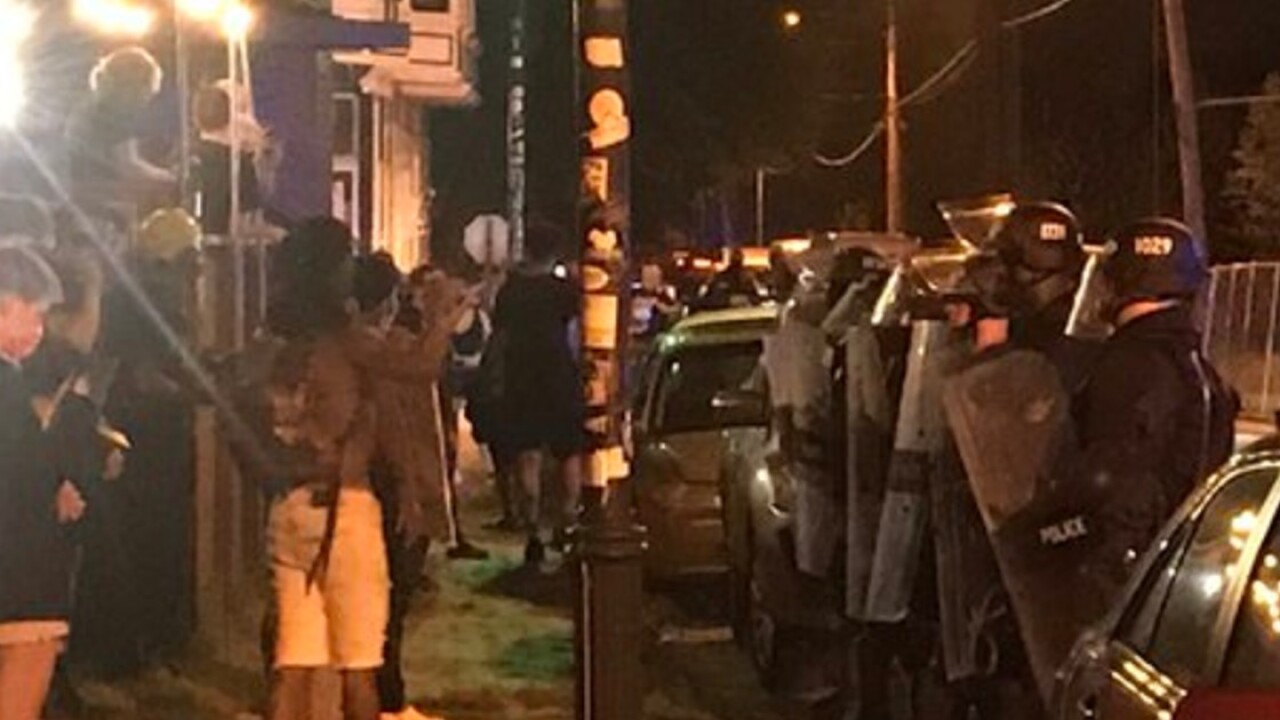 A WTVR CBS 6 News crew on the scene at about 11 p.m. said that three police vans and an armored police truck had arrived. The group was later seen outside GWARbar.

"Police became aware of a flyer promoting an event in the 200 block of West Clay Street with the potential for violence and vandalism. The flyer was shared by a group believed to be linked to recent riots," a Richmond Police spokesperson wrote in an email. "At approximately 10:20 p.m., officers arrived to monitor the area. After a confrontation with officers, Knisya Johnson and Alice Minium were arrested."

Johnson, according to police, was charged with assault on a law enforcement officer.

Minium was charged with conspiracy to incite a riot.

"I told the small group gathered there that I was the owner of the property and they had my permission to be there and asked them to come tell me if they were told they were trespassing. I simply didn't want to see this become one of those situations that we've all been seeing too often where people are arrested for seemingly no reason," he wrote. "I foolishly thought that I could act as an intermediary and be the voice of reason between the police and protesters. When the police advanced on the small crowd I came out to try and speak with them. The police said that they would need to see identification from everyone on the property and when the first person refused to produce ID, they were thrown to the ground and arrested."

Councilwoman on protests outside her home: 'Where my children sleep is off limits'

Protesters had previously gathered outside Gray's home in July. The councilwoman is running for mayor in November's election.

EDITOR'S NOTE: The story and headline have been updated to reflect the latest reporting. A previous headline indicated interactions between protesters and police only took place outside the councilwoman's Richmond home.