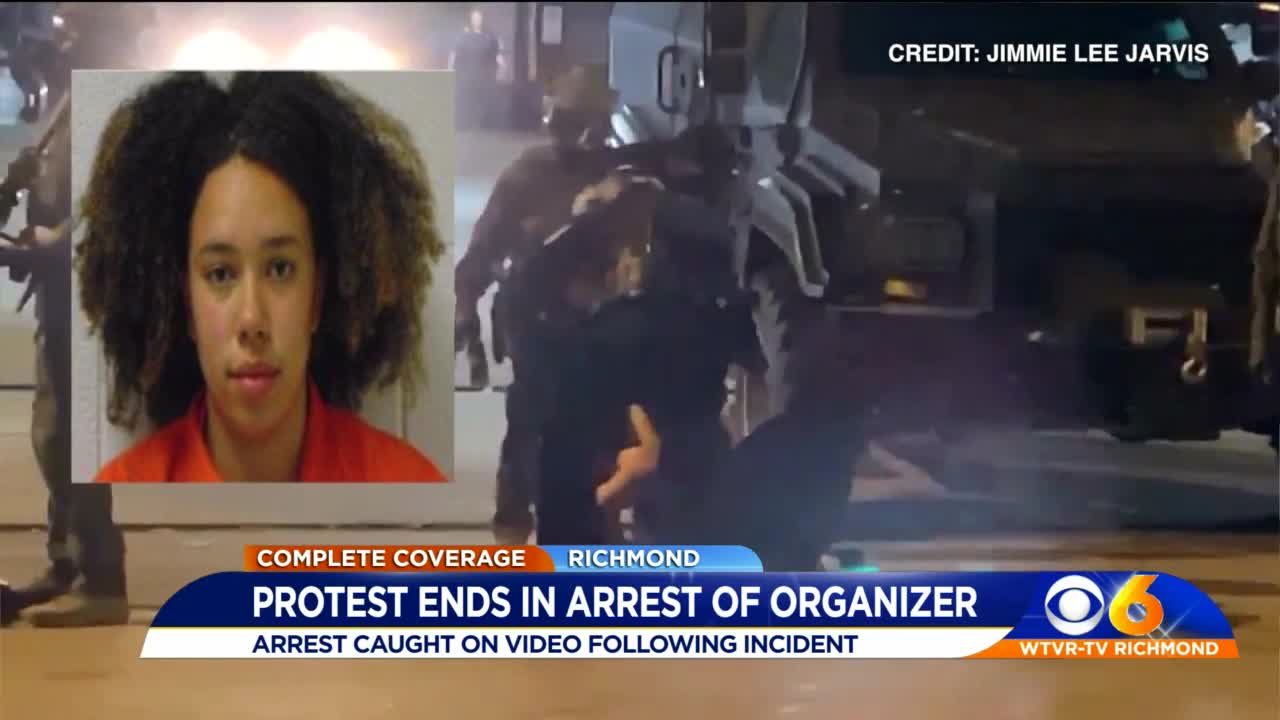 Richmond Police Chief William Smith said he would put a stop to the violence in Richmond.

RICHMOND, Va. -- Richmond Police Chief William Smith said he would put a stop to the violence that has injured police officers and protesters in Richmond.

“I expect my officers to remain patient and professional during this trying time, and will hold accountable those who do not uphold this standard,” Chief Smith said in a statement released late Monday afternoon. “But demonstrators must practice non-violence, and under no circumstance will I allow violent protest to continue to harm our community.”

Smith was referring directly to what occurred Saturday night around the Lee monument and Sunday night outside the Richmond Police Headquarters at 200 West Grace Street.

“This demonstration [Sunday] escalated into rioting and violence that lasted throughout the night and into the early morning hours,” Chief Smith said. “Last night’s actions far exceeded what is considered to be lawful First Amendment activity. Organizers were intent on provocation and creating mayhem by throwing rocks and other objects at the officers on duty, who showed great restraint in response to these attacks.”

The Sunday night demonstration was organized in response to a video recorded at the Lee monument Saturday night and widely shared on social media.

The video showed a police SUV pushing through a crowd of protesters.

In an official statement, Richmond Police said the officer was assaulted in the vehicle and was trying to get away when the crowd blocked the police vehicle's path.

Some in the crowd questioned the officer’s handling of the situation and Richmond Mayor Levar Stoney called for a full investigation.

He also said he instructed the department to place the officer driving the SUV on administrative leave pending an investigation.

I believe that last night’s incident requires a full investigation. I have spoken with the Commonwealth’s Attorney and have requested she investigate and expedite this review, along with several other cases from the past two weeks. 1/2

Sunday’s march made its way from Monroe Park to Richmond Police Headquarters.

“There were immediately lots of police in riot gear,” Jimmie Lee Jarvis, who marched and witnessed Sunday’s unrest said. “There was already a lot of understandable anger, from people towards the police. The protests were completely peaceful, from everything I witnessed.”

"From what I could tell, she stepped off of the sidewalk, was immediately pepper-sprayed and thrown to the ground by several officers, who then cuffed her and dragged her off,” Jarvis said.

Jarvis was backed up by Richmond City Councilwoman Stephanie Lynch. Lynch said she was at the protest and called the police action "needless."

Last night, protestors were needlessly assaulted by tear gas and other methods of undue force outside of the RPD HQ. I was among them. Full statement 👇 pic.twitter.com/yIVDqvJH3b

“The escalating violence prompted multiple declarations of an unlawful assembly, which was broadcast to the crowd several times with instructions to disperse. After warnings were disregarded, a pepper spray fogger was deployed,” a Richmond Police spokesperson said. “One person was taken into custody after crossing the police line after repeated warnings not to do so. When a Richmond Police officer attempted to stop her, the suspect struck the officer in the head with a bullhorn.”

Michaela G. Hatton, 22, of Richmond, was charged with felony assault on a law enforcement officer and conspiracy to incite a riot. Hatton, according to police, refused to provide her personal information during the booking process.

“We fully support peaceful demonstrations, but we will not tolerate the violent assault of police officers, the threats to law-abiding members of our residential and business community, or the willful destruction of city and private property,” Chief Smith said.

There have been peaceful protests in support of Black Lives Matter and against police brutality throughout the City of Richmond nearly every day since a police officer in Minneapolis, Minnesota was arrested for the Memorial Day killing of George Floyd during an arrest.

Some protests have turned violent as police and protesters clash.

In the wake of weekend violence, Richmond City Councilman Michael Jones called on Richmond City Council to pass immediate budget amendments that would withdraw “funding from areas associated with aggressive policing and reallocate these funds into community support functions.”

More protests were scheduled in Richmond on Monday.