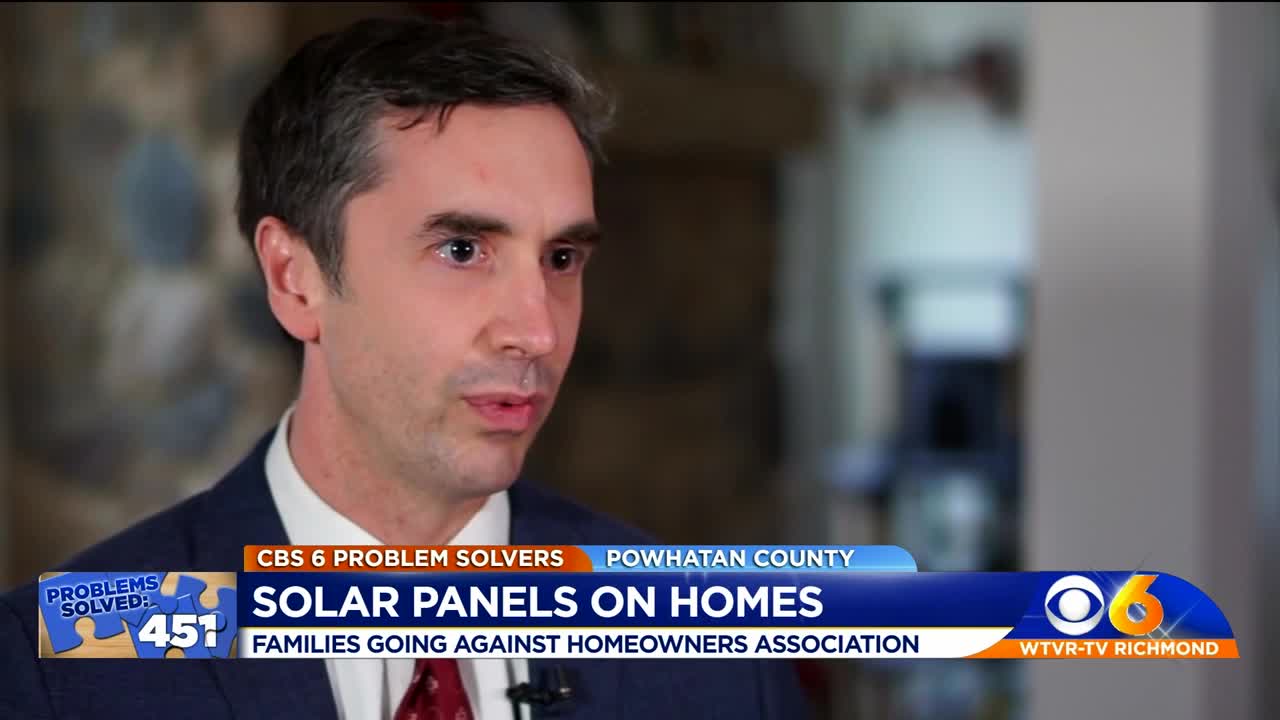 A Powhatan County couple is hoping that a new law might help them be able to install solar panels on their home after push back from their housing association. 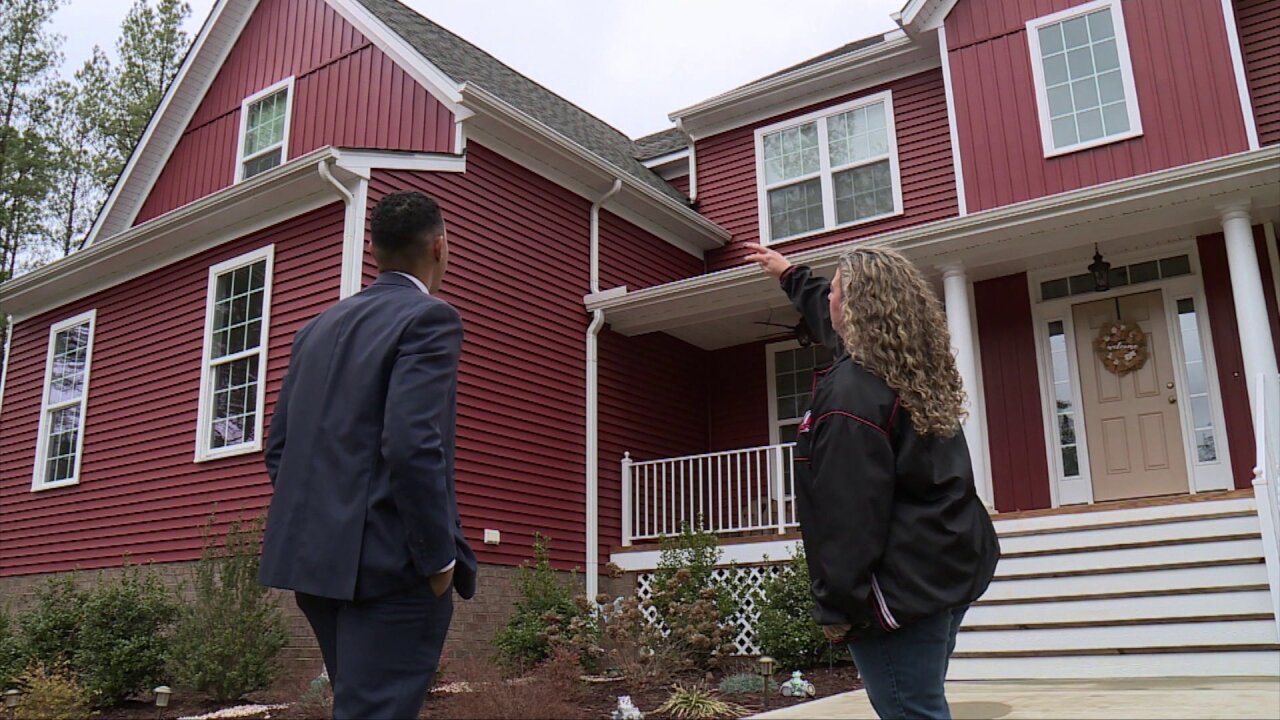 POWHATAN, Va. -- A Powhatan County couple is hoping that a new law might help them be able to install solar panels on their home after push back from their housing association.

In a relatively new neighborhood in Powhatan County, Dina and Dave Desmet have found shelter for the last few years. The couple say their roof plays an important part.

"So we wanted to make an investment to put solar on our home," said Dina Desmet.

Desmet said last fall she signed a contract with a solar company, Sigora Solar, who said the best spot for solar panels would be the front of their home which gets the most light.

"Up the front, second level and then on the garage peak, both sides," said Desmet.

Desmet said they presented the request to the neighborhood's architectural review board.
It was denied since the solar panels would be seen from the road.

"We've been hearing more and more from homeowners across the state about this solar issue," said Matt Gooch with Reisingergooch Law firm in Richmond.

Gooch is representing the Desmet's as they consider legal action against the Home Owner's Association or HOA of their Aston neighborhood, which is Windswept Development and Main Street Homes.

"There's a solar statute in Virginia that protects rights of homeowners to install solar," said Gooch.

Gooch said so far they have met with the HOA and review board; but says they have not responded to the legal issues he's raised.

"Regulation of solar by statute has got to be reasonable and second of all you can't retroactivity apply rules that didn't exist at the time of the application," said Gooch.

Meanwhile at the Capitol, legislation in the House and Senate would help homeowners dealing with unreasonable restrictions on solar panels.

"It's been very stressful," Desmet said.

Desmet hopes a new law might nudge the HOA to change their mind without having to go to court.

The HOA sent CBS 6 a statement that reads:

"Due to an increasing number of solar panel requests in HOAs throughout the Central Virginia area, Aston Owners Association and its developer, Windswept Development, began work on amendments to the Aston Covenants in September 2019. In addition to amending several other provisions of the Covenants, these amendments establish clear guidelines regarding solar panels. These amendments were recorded while the Desmet's application was pending but before a decision on that request had been made or communicated. Accordingly, while the timing in this particular situation is unfortunate, the decision on the Desmet solar panel request is in line with the amended Covenants that were in place on the date of the decision. The Association has granted other requests for solar panels on homes in the community and would eagerly entertain a request from the Desmets that provides options for solar panels that are less visible from Aston Trail."