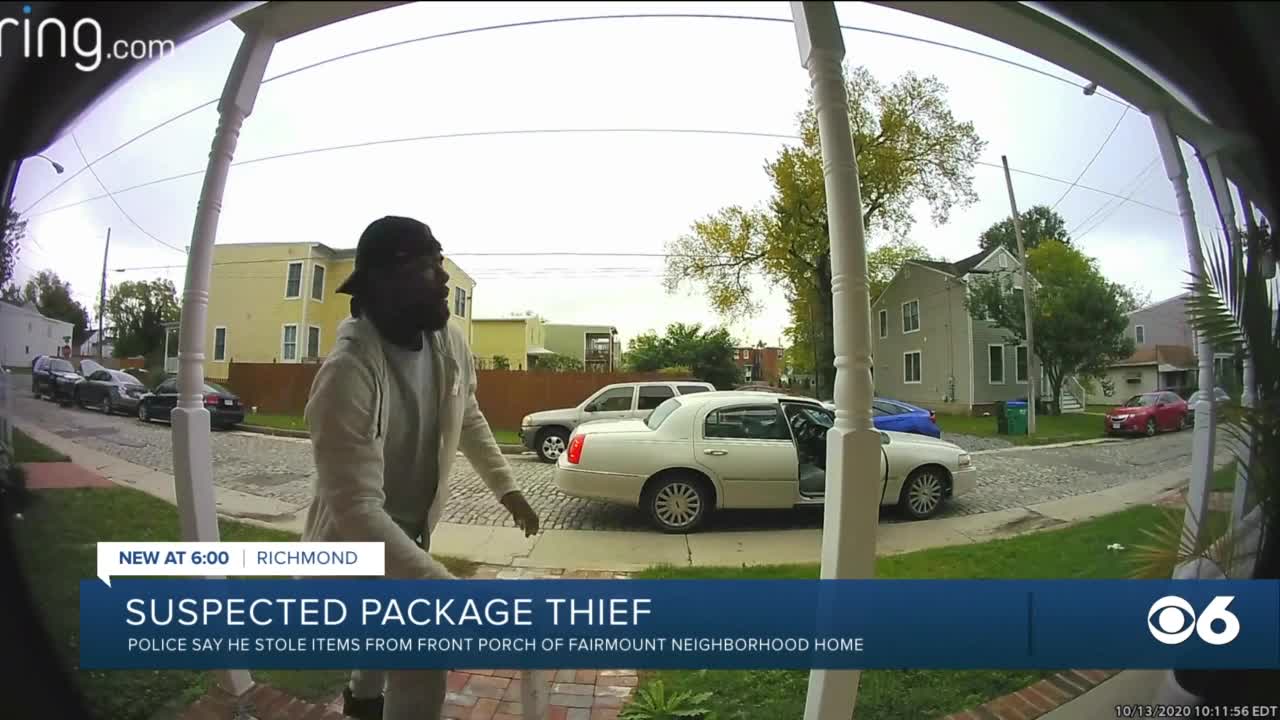 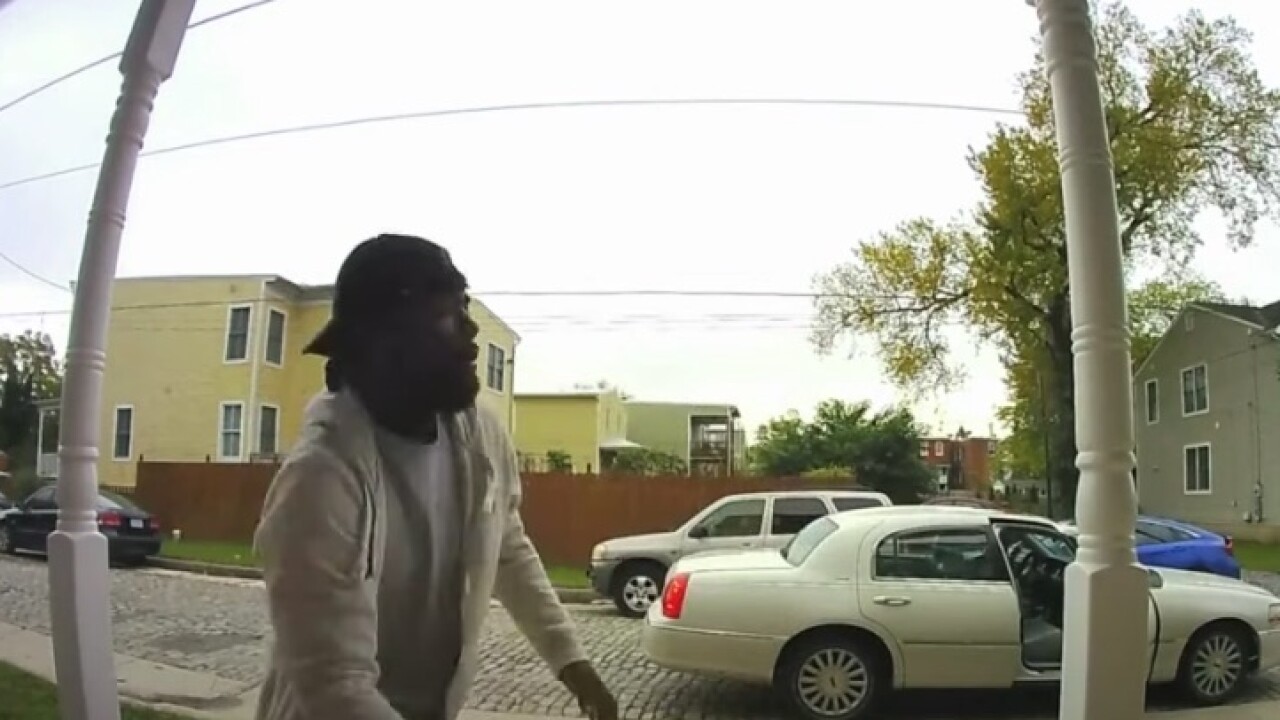 RICHMOND, Va. -- Detectives are asking for the public’s help to identify a suspect caught on video stealing packages in the Richmond's Fairmount neighborhood last week.

Police said in a news release Friday that the man stole several packages from a home's front porch in the 2200 block of Carrington Street just after 10 a.m. on Tuesday, Oct. 13.

"Security video shows the suspect get out of a white sedan, grab the packages, and drive off," officials said.

Anyone with information on the identity or whereabouts of the suspect is asked to call First Precinct Detective A. Tyree-Williams at 804-646-0465 or contact Crime Stoppers at 804-780-1000 or www.7801000.com. The P3 Tips Crime Stoppers app for smartphones may also be used. All Crime Stoppers methods are anonymous.