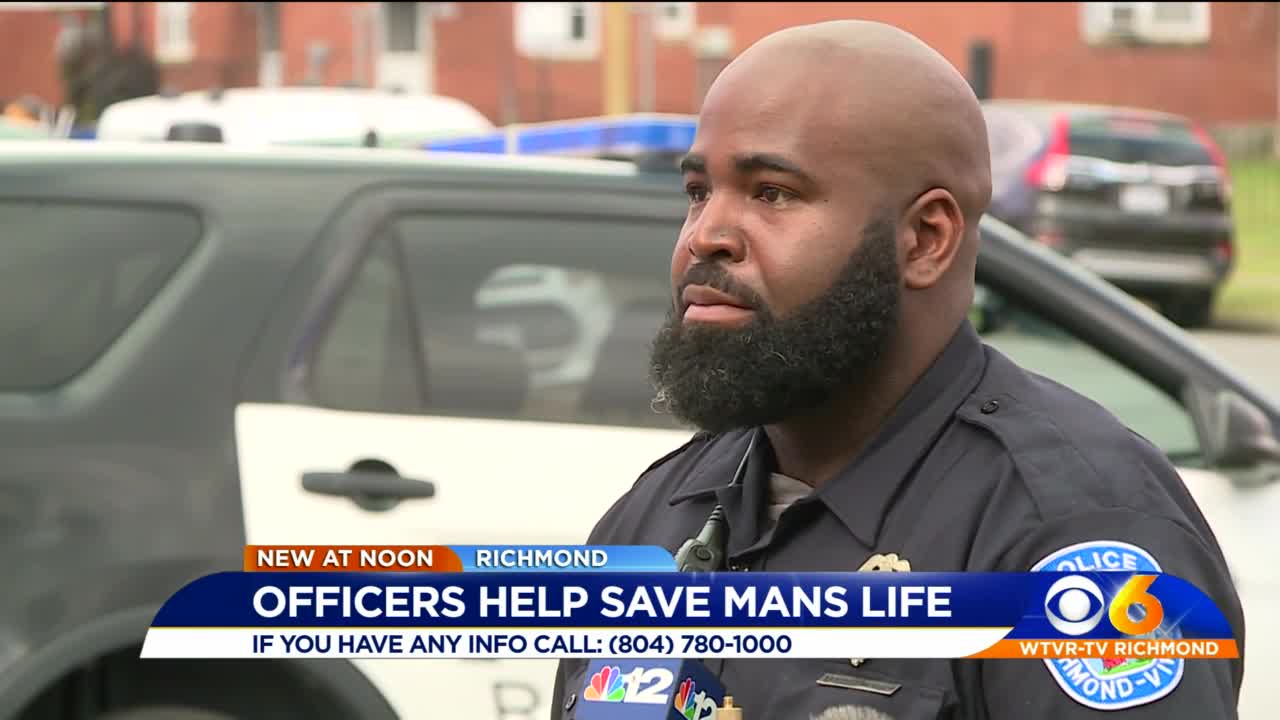 RICHMOND, Va. -- Richmond Police have asked the community for help as they search for the person who shot an 18-year-old victim in the city.

Police were called to Creighton Road just before 5 a.m. on July 7. There they found the teenage shooting victim who was shot in both legs.

"There was a lot of blood," Officer Centell McNeil said. "We really didn't focus on the people [watching], we just wanted to save that victim."

"I ran back to my truck and grabbed the extra tourniquet that I have in my bag and just went to work. Training kicked in and I didn’t think about anything else," he explained.

The officers described the scene as chaotic.

"Without the help of Richmond Police we wouldn’t be able to save this male," Riley said. "I believe that was the probably the best thing that could happen to this individual and best chance of survival."

All three men applied their experience in the military to help save a life on the streets.

"You never know what situation you could be handed out here in the streets," Arendall stated. "You have to be ready at all times, you have to have that training, and be ready to react."

Anyone with information about a potential suspect or circumstances surrounding the shooting was asked to call Major Crimes Detective Sergeant K. Reed at (804) 646-5034 or Crime Stoppers at (804) 780-1000.