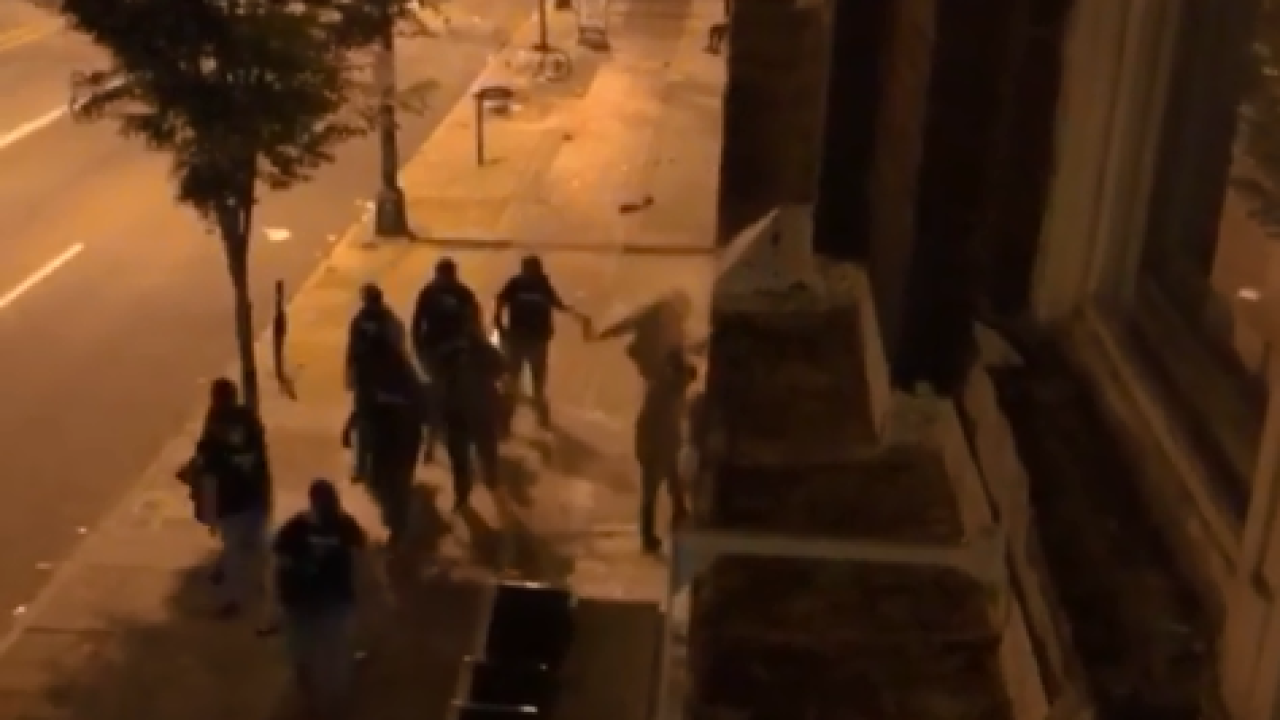 RICHMOND, Va. -- Richmond Police say they are investigating after a video surfaced online appearing to show a Richmond Police officer mace a man who was inside his home.

The incident, which reportedly occurred early Sunday morning before an 8 p.m. curfew was implemented, was recorded and posted on Instagram and shared on Twitter with more than 75,000 views.

The video shows 25-year-old Mikhail Smith hanging outside of his window as officers walked on the sidewalk underneath his apartment. Officers are seen spraying mace at the faces of three women walking on the sidewalk.

"These three ladies were just walking down the street and you can hear in the video they (police) say 'go home' and then the ladies respond back 'you go home.' And they proceeded to spray them," Smith recalled.

Smith, hanging in his window, can be heard shouting profanities at the officers as they walked the sidewalk underneath his apartment.

"I've been exercising my first amendment right this entire weekend including yelling, whatever I want to yell at police officers, I'm allowed to do that," said the 25-year-old. "I didn't make any threats."

As the officers walked past Smith's window, the video shows one officer shoot mace upwards towards Smith who was still inside his home.

"I mean I was shocked," said Smith. "I got a big whiff of it and I start coughing try to get out of my lungs... my neighbor could tell you I was out here for about five minutes after the that happened. Just screaming at them, yelling at them, telling them to come back, telling them to spray me again."

CBS 6 reached out to the Richmond Police Department concerning the video. In a statement, a department spokesperson said “We are aware of the video and are investigating.”

At a press conference Monday, Police Chief William Smith encouraged anyone who wishes to file a formal use of force complaint to pick up a paper form at any RPD precinct or file a complaint online.

"There's avenues open for me to go and make a formal complaint. But that's not what I want," said Smith. "Because I know that doesn't go anywhere. All that does is someone gets a slap on the wrist. Someone may or may not get a little thing on their record, they might have to do spray training again or something."

Smith says he has been in contact with the American Civil Liberties Union (ACLU) of Virginia and hopes to take legal action against the Richmond Police Department.