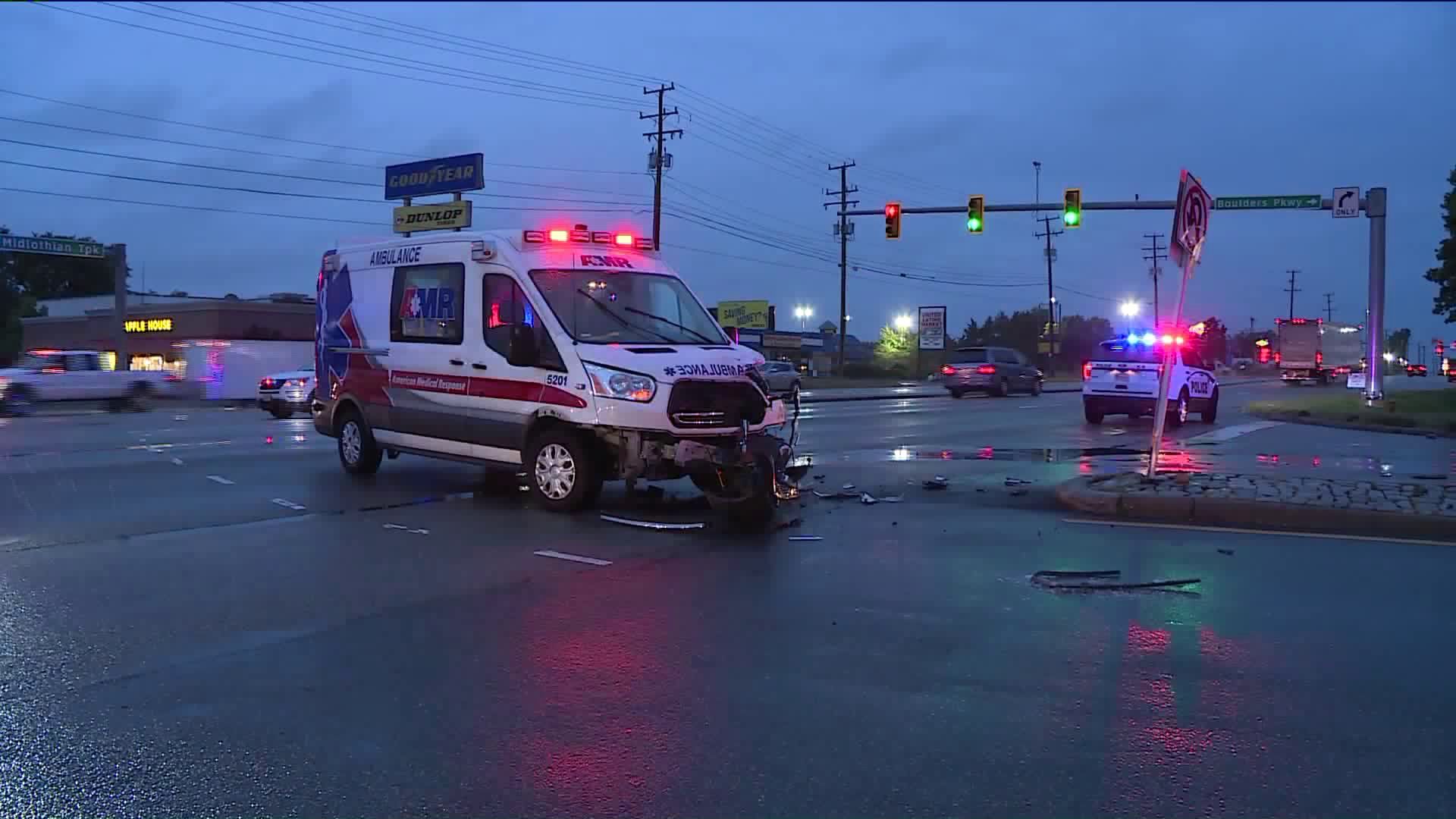 CHESTERFIELD COUNTY, Va. -- A Henrico man turned himself in to Chesterfield Police Tuesday following a hit-and-run crash on Midlothian Turnpike. Police were called to the intersection at Boulders Parkway for the crash, which involved a private ambulance.

The ambulance was turning from the eastbound lanes onto Boulders Parkway when it was struck by a Chevy Silverado pickup headed west on Midlothian Turnpike, according to police.

#BREAKING: Driver of Chevy Silverado at large after @CCPDVa say he ran a red light crashing into this ambulance (while it was doing a non emergency transport) on Midlothian Tnpke. at Boulders Pkwy. The Silverado flipped and according to police the driver got out and ran. @CBS6 pic.twitter.com/hWxpRpzM8x

Investigators say the ambulance was doing a non-emergency transport to a patient's home at the time of the crash, and no injuries were reported.

Shawn Paxton, 27, was later charged with felony hit and run, reckless driving, and not wearing a seat belt.

Police arrested the driver from the hit and run involving an AMR ambulance early this morning. Shawn Paxton 27, of Henrico County turned himself in. He has been charged with Felony Hit and Run, Reckless Driving, and No Seat Belt. @RTDNEWS @CBS6 @NBC12 @8NEWS @CCPDVa @ColJSKatz pic.twitter.com/rY9Ksvfu74