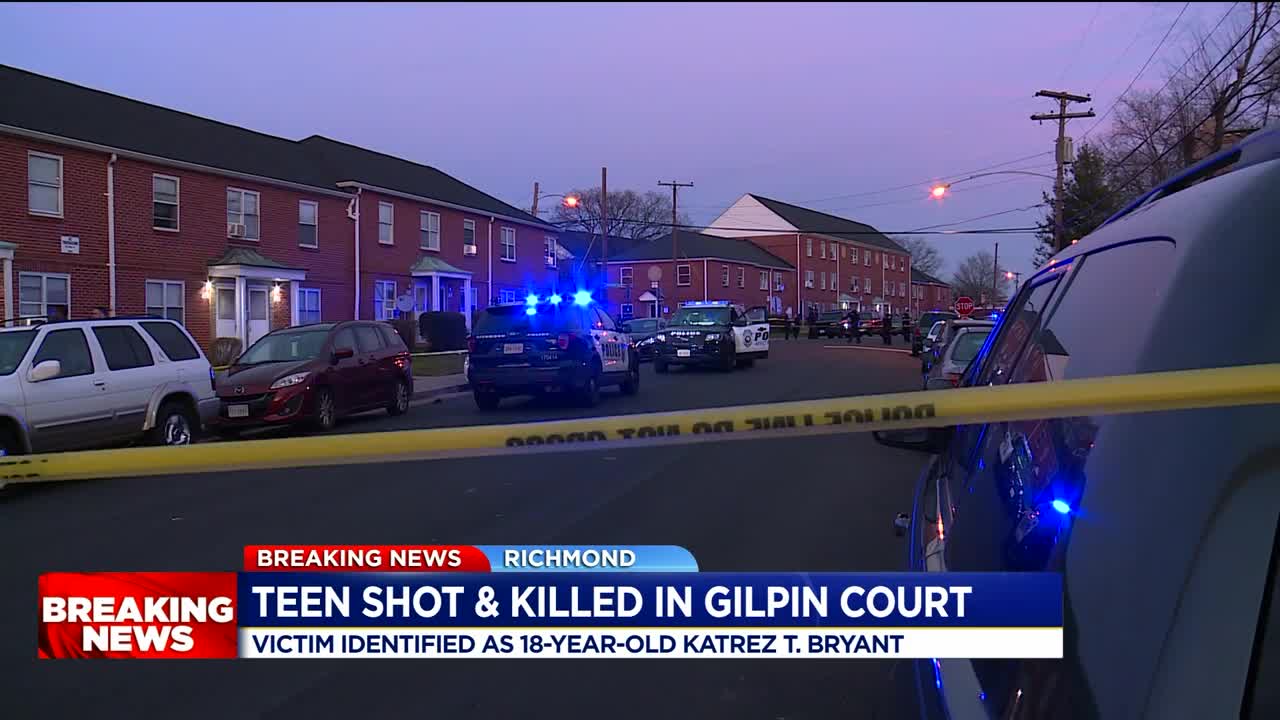 Police have identified the victims in two separate fatal shootings on Monday.

"At approximately 5:40 p.m., Monday, February 17, officers on patrol heard several gunshots. They responded to the scene and quickly located [Bryant], lying on the second floor landing of an apartment building in the 200 block of West Charity Street. He was transported to a local hospital where he succumbed to his injuries at 6:21 p.m." a Richmond Police spokesperson said. "Shortly after the shooting, another victim, a juvenile male, arrived by personal vehicle at a local hospital. He suffered life-threatening gunshot injuries."

The fatal in the Gilpin Court housing community was one of two deadly shootings in Richmond on Monday.

Kieshell L. Walker, a 27-year-old mother of two, was shot and killed in Richmond’s Mosby Court neighborhood less than an hour after Bryant was killed.

Detectives are seeking information concerning a vehicle of interest seen on video near the scene of the shooting. The vehicle is described as a newer model midsize four-door sedan, silver or gray in color, with a glass panoramic roof.

At this time, police do not believe the shootings were related.