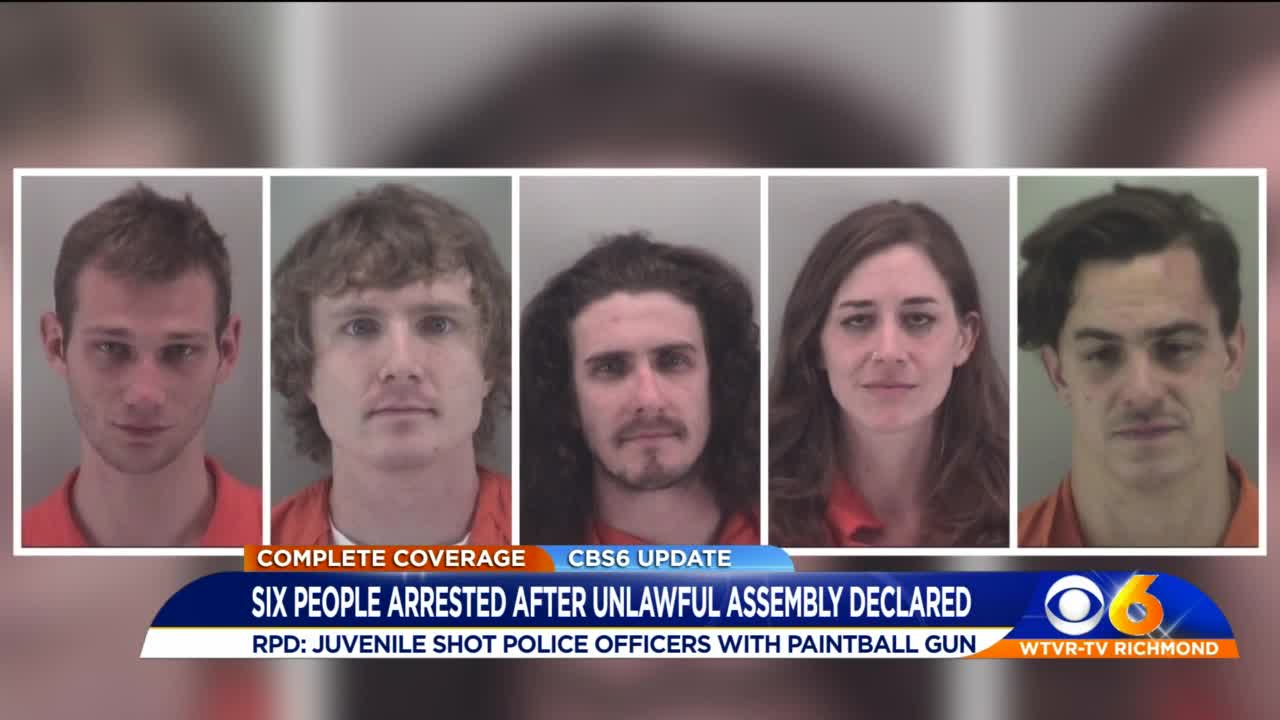 Police and protesters clashed again Friday night around the Lee Monument in Richmond.

The state of Virginia ordered protesters out of the area surrounding the statue each night at sundown following weeks of unrest in the city.

Each night protesters speaking out against police brutality and racial injustice stay past the curfew. Each night police arrive to disperse the crowd.

About 100 people remained around the monument Friday night at 9:40 p.m., according to Richmond Police. When police arrived at about 10 p.m,, a Richmond Police spokesperson said protesters left the area surrounding the statue.

At around 10:17 p.m., an Unlawful Assembly was declared at the Lee Monument due to paintballs being fired at officers. One officer was struck. Please leave the area immediately. Failure to disperse will result in arrest. pic.twitter.com/t76TQTAoUk

Virginia State Police posted video on social media that appeared to show a firework set off from the crowd of protesters toward police.

Shortly after Lee Monument grounds emptied out, #VSP body cams captured the fireworks being launched by protesters from Monument Ave at police. At least one of the protester's pyrotechnics spun out of control & struck an individual in the median. @RichmondPolice @VaCapitolPolice pic.twitter.com/VpqwqG7h68

But videos and images posted on social media showed the scene on Monument Avenue and journalists covering the confrontation reported the use of a tear gas-like substance. It was unclear which law enforcement agency was responsible.

A man is injured by an explosive round fired by Virginia State Police in Richmond *raw video, contains graphic violence and language* #13NewsNow pic.twitter.com/nKkNd7Q7nf

The Robert E. Lee Monument engulfed in tear gas. The Virginia State Police declared as unlawful assembly at the monument at approximately 10:15 Friday evening. The police then used tear gas to disperse the crowd. Photo by Scott Elmquist. pic.twitter.com/tY5YnHx9HO

Six people, including one person under the age of 18, were arrested, according to Richmond Police.

The person under 18 years old was charged with unlawful assembly, obstruction of justice, and assaulting a law enforcement officer (firing paintballs), according to police.

The three adults charged with misdemeanor unlawful assembly were identified as:

The one adult was charged with misdemeanor trespassing and obstruction of justice was identified as Spencer Kelley, 29, of Richmond.

The one adult was charged with unlawful assembly and obstruction of justice was identified as Caroline Matteson, 29, of Richmond.

Police did not release the name of the 17-year-old charged with a felony for the paintball shots, in addition to misdemeanors for unlawful assembly and obstruction of justice.

No information was immediately available about injuries sustained by protesters.

Police said most protesters left the area by 11:35 p.m.