Pets escape Hurricane Laura to be adopted in Virginia 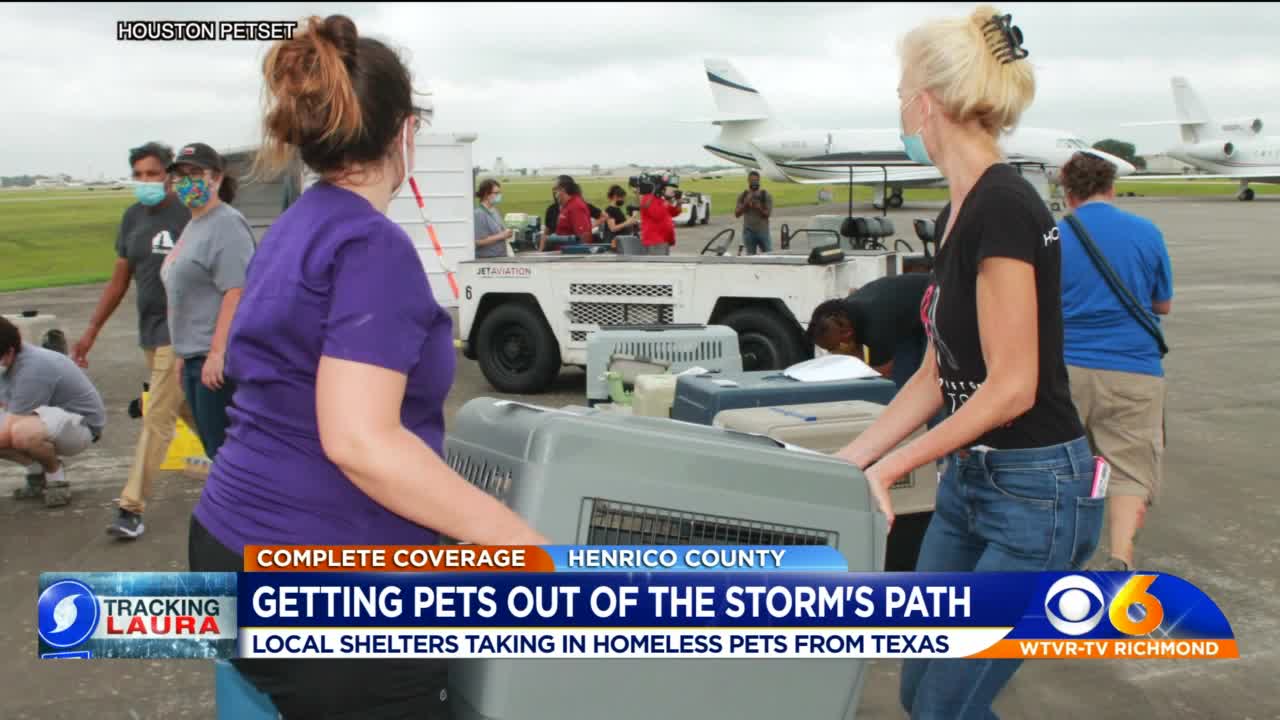 Local shelters in Virginia are taking in homeless pets from Texas.

HENRICO COUNTY, Va. -- More than 130 dogs and cats evacuated from the path of Hurricane Laura arrived in Central Virginia on Wednesday afternoon. The animals landed at the Richmond Jet Center, Inc., near the Richmond International Airport, just after 3:30 p.m.

“We all jumped at that opportunity and desperately wanted to help,” Tamsen Kingry, Richmond SPCA CEO, said.

Petco Foundation sponsored the four-hour, 1,300-mile flight from Houston, Texas to Henrico. Wings of Rescue operated the flight while Houston PetSet made making arrangements on the ground in Texas with shelters in Houston, Dickinson, and Lake Jackson.

“We identify those seriously under-resourced organizations and we step in to help,” Susanne Kogut, Petco Foundation president, said. “You feel good about helping those people and those animals that really have no one else helping them.”

The animals were evacuated from coastal shelters that are certain to flood.

Hurricane Laura has reportedly reached maximum sustained winds of 140 mph, making it a powerful Category 4 storm as it approached the Texas-Louisiana border late Wednesday afternoon. The wind speed report was made by an Air Force hurricane hunter.

After arriving at the Richmond SPCA’s humane center, each dog and cat will be given a thorough veterinary examination and have any medical needs treated in order to prepare them for adoption to lasting, loving homes.

“We had to rearrange a lot of the space within the shelter, but we also lean heavily on our foster care volunteers to create additional space and capacity,” Kingry explained.

The local non-profit recommends you monitor their website for when the animals will be adoptable.