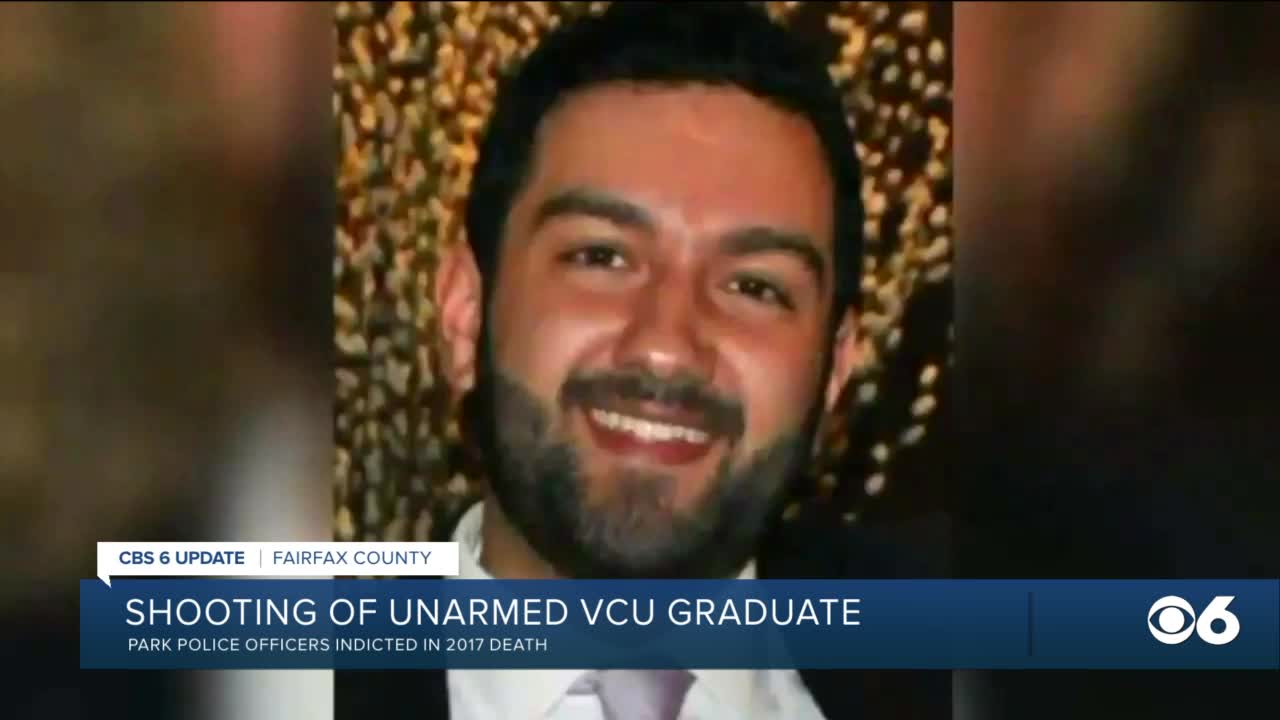 Two U.S. Park Police officers have been indicted on manslaughter charges in the 2017 shooting death of an unarmed VCU graduate who led officers on a stop-and-go chase after an accident. 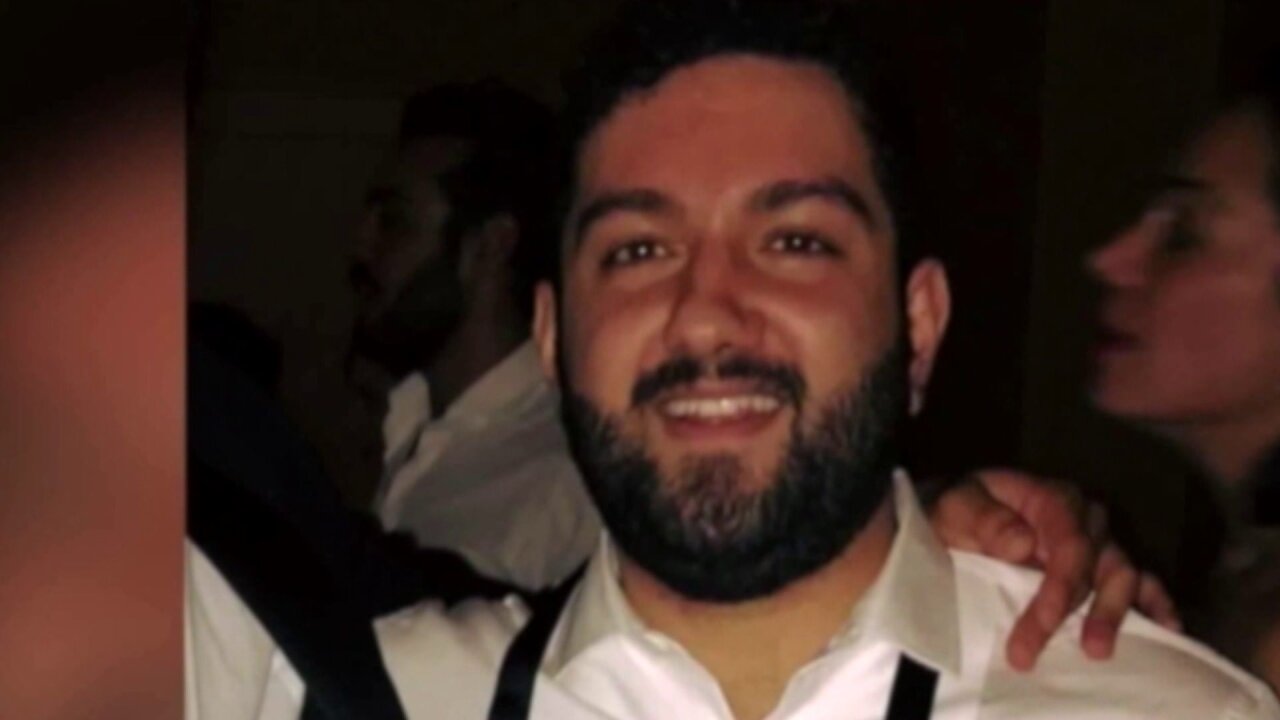 FAIRFAX, Va. -- Two U.S. Park Police officers have been indicted on manslaughter charges in the 2017 shooting death of an unarmed VCU graduate who led officers on a stop-and-go chase after an accident.

The charges against officers Alejandro Amaya and Lucas Vinyard come after years of agitation by the family of 25-year-old Bijan Ghaisar of McLean, Virginia, and some political figures who saw the officers’ conduct in the shooting as excessive.

A four-and-a-half-minute dashcam video shows a Jeep driven by Ghaisar stop twice during the chase.

In both instances, Park Police officers approached the vehicle with their guns drawn. Each time, Ghaisar drove off.

On the third stop, the officers once again approached the driver's side window of the vehicle with their weapons drawn. Once again, Ghaisar attempted to drive off, but five gunshots can be heard.

After a short pause, the vehicle started to move forward, when two additional sets of two gunshots can be heard, before the vehicle tipped over into a ditch, ending the video.

Related: Officers: We gave 'chance after chance' before 2017 shooting

In November 2019, the Justice Department closed its investigation announcing it would not pursue charges against the U.S. Park Police officers.

Federal prosecutors declined to pursue criminal charges against the officers last year, saying their actions did not rise to the level of criminality.

The officers are also charged with reckless discharge of a firearm.

Our heavy hearts are a little lighter tonight knowing that the police officers who murdered our son and brother are closer to being held accountable for what they did. Too many of the people who are sworn to protect and serve our communities commit heinous acts of violence and go unpunished. With these charges we are reminded that, at least here in Fairfax County, Officers Alejandro Amaya and Lucas Vinyard are not above the law.

Our Bijan suffered the most brutal terror and cruelty in his final moments of life. We know this because it was caught on police video and we watched it. Our family has a permanent hole in it - one that no amount of time or any act could possibly fill or heal. We carry this grief with us as we have fought, and will continue to fight, for justice for Bijan and so many other victims of police brutality. We will not stop demanding justice for Bijan until we get it – today was a first step.

We are deeply grateful to so many in this community and others farther flung who have supported us and joined in this fight with us. We would like to express our deep gratitude to Commonwealth Attorney Steve Descano and his staff and Fairfax County Police Chief Ed Roessler for their decency, courage and commitment to serving this community. They have sought justice and accountability in this case despite many challenges.

We would also like to thank our elected representatives who were dogged in their pursuit to get information from the U.S. Park Police and for using their platforms to elevate these important issues and advance important policy reforms. They are: Senators Mark Warner, Tim Kaine, and Chuck Grassley, Reps. Don Beyer, Eleanor Holmes Norton, Jennifer Wexton, and TJ Cox, and Virginia state senator Scott Surovell and Delegate Kaye Kory.”