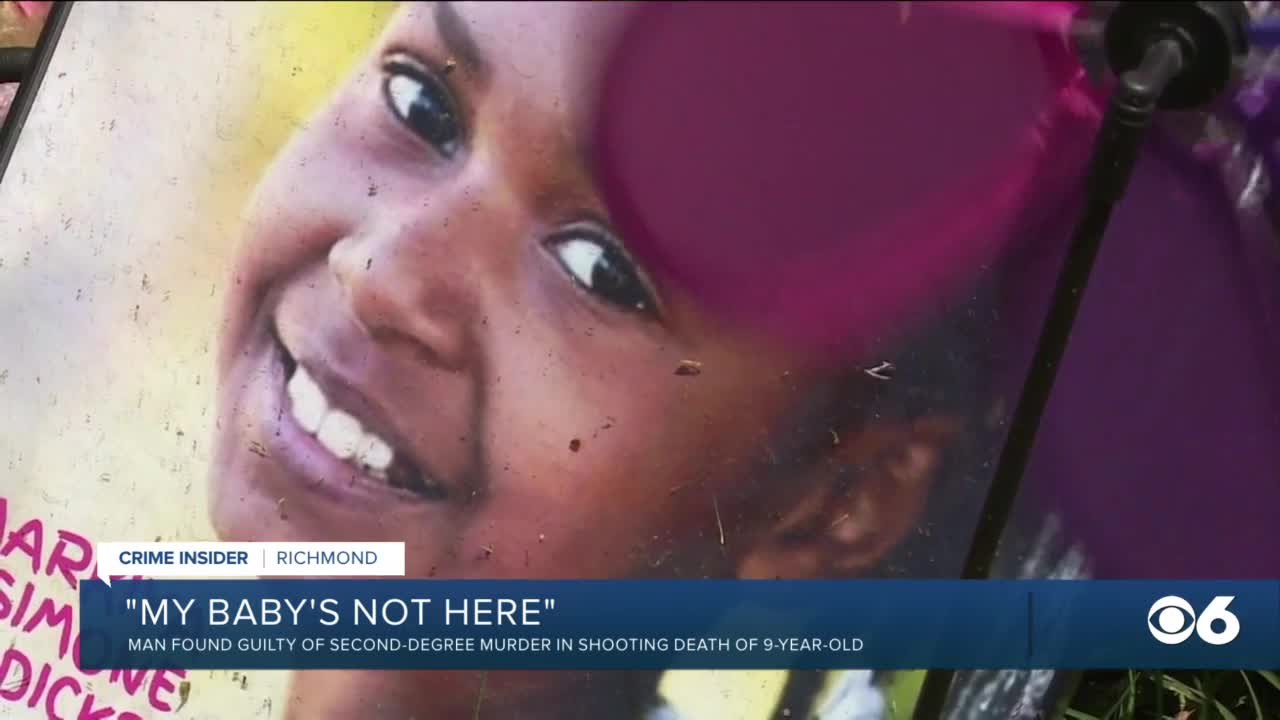 RICHMOND, Va. -- It's the second time little Markiya Dickson's mom and dad have been through a trial - with still one more to go.

They continue to re-live the horror of that Memorial Day weekend at the park.

"We wake up every day with one of our children missing," Markiya's mother Ciara Dickson said.

They’ve said many times that they want justice for Markiya.

"I feel like the time they’re giving out ain’t enough,” Markiya's father Mark Whitfield said. “It should be life, but I'll take what I can get and feel good knowing at least they're not out on the streets, the ones who did this to my daughter."

Markiya was just nine when she was killed during a gun battle at Carter Jones Park on Memorial Day in 2019.

Jermaine Davis was the second of three men to go on trial for her murder.

Thursday a jury found him guilty of second-degree murder and firearms charges and recommended he serve 33 years in prison for the crimes.

Quinshawn Betts was the first to go on trial and he was convicted, now facing 68 years with all but 22 suspended.

In court, Davis did offer an apology, but Markiya’s father wasn’t convinced it was sincere.

"You sorry?” Whitfield asked. “You weren't sorry before you did it. Think before you act. There are three l's in life: you look, listen, and learn. He should've been taught that a long time ago. What's a kid do when they get caught? You knew right from wrong, It's too late to say sorry. I can't accept that. My baby's not here."

Whitfield says he will spend the rest of his life telling his daughter’s story and working with legislators to change laws. He wants the killing of a child to automatically carry a life sentence.