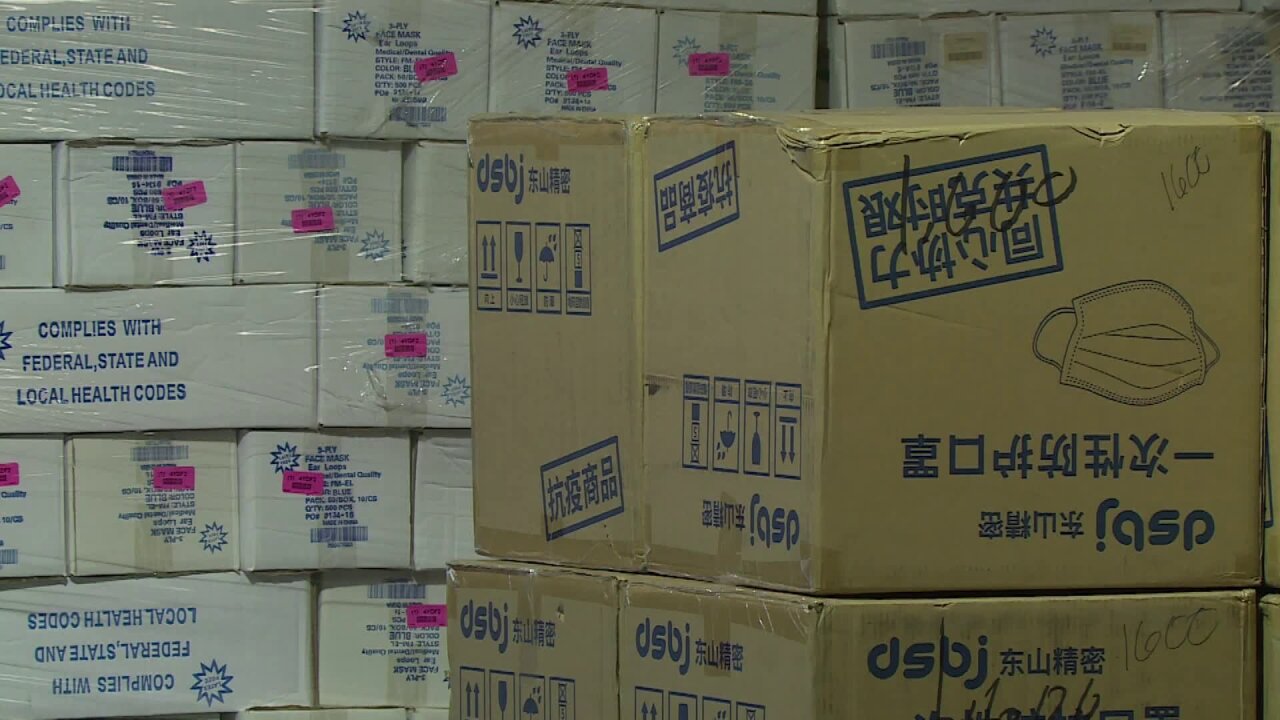 According to the governor, Virginia has received 21 donations totaling 1.7 million pieces of PPE, including, food, water, and hand sanitizer.

During Northam's announcement Thursday, he shared that on Tuesday the state received 100,000 masks from Taiwan.

In addition to donations, The Virginia Department of Emergency Management has ordered and received millions of PPE.

Those items are being housed and distributed in three warehouses and 14 regional logistics hubs created by the Virginia Emergency Support Team.

For two months, Northam says governors across the country have been competing for PPE.

"In two months, again competing not only with other states with other countries, with other healthcare systems. We have been able to accumulate now, the amount of PPE that we need to be safe, to keep people safe in Virginia. And to also move forward as you all know, tomorrow we will be moving in to Phase One and in order to do that we have to have the PPE."

Additionally, the Department of Emergency Management has been able to get three decontamination systems that will be able to clean 240,000 N-95 masks a day, to help with preserving equipment.