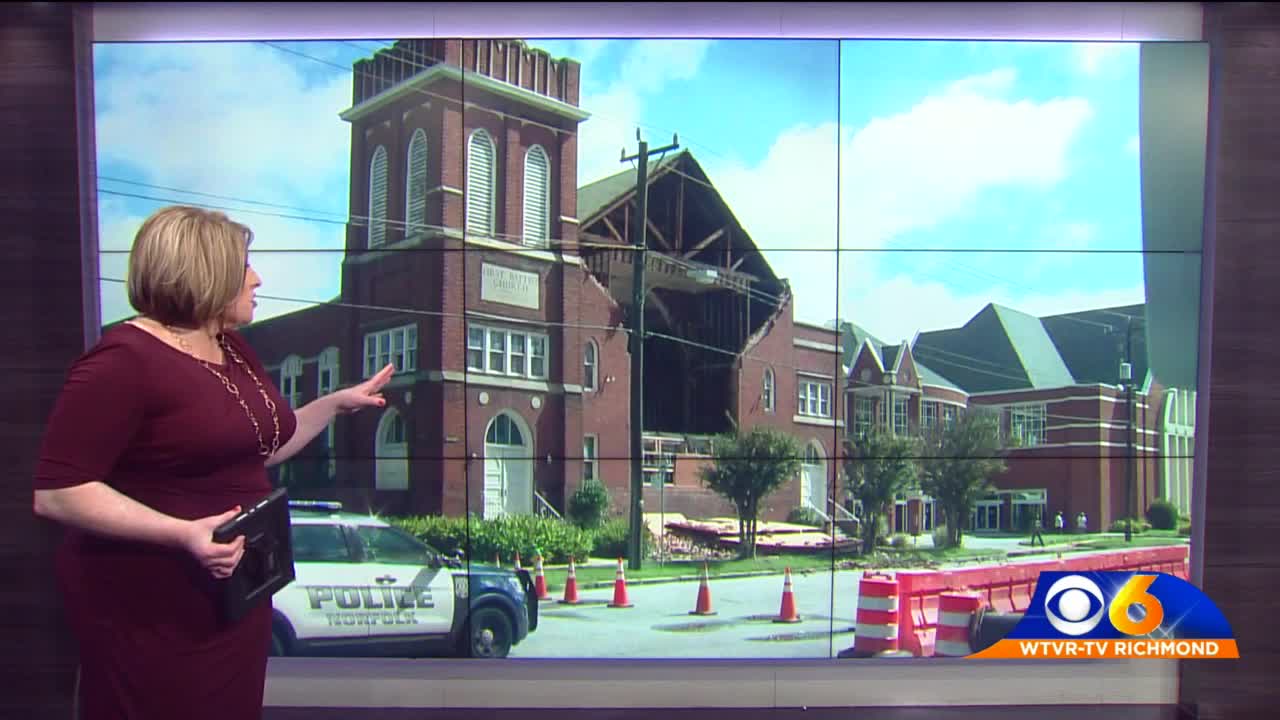 A neighbor out for a bike ride Tuesday morning spotted the damage. 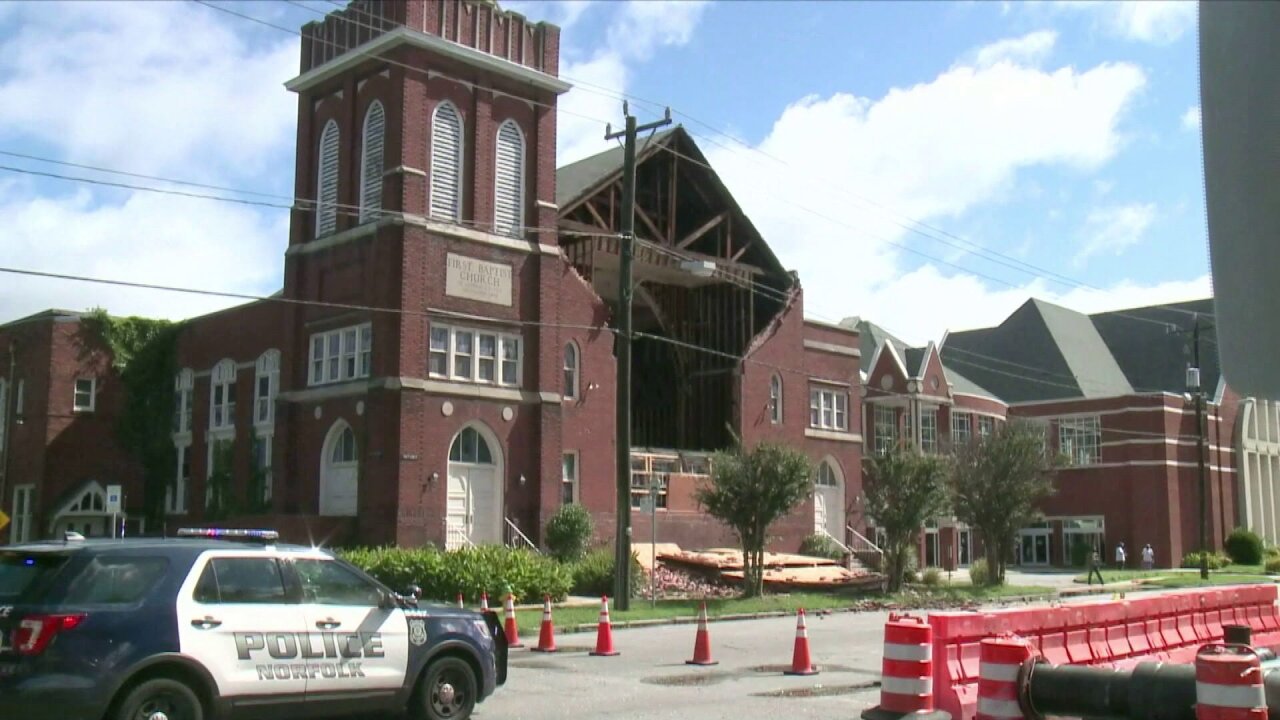 RICHMOND, Va. -- A Virginia church is left with a massive hole in the side of its building following Tropical Storm Isaias.

Firefighters said that strong winds caused brick and pieces of wood to collapse onto a gas meter at First Baptist Church.

Neighbors say that the church was a mainstay.

"It's terrible, this is a well-established church, it's been here for many years and I ride by here on a daily basis. It's a shame to see it come down."

Isaias toggled between hurricane and tropical storm strength as it churned toward the East Coast on Monday evening.

Fueled by warm ocean waters, the storm got a late burst of strength as a rejuvenated hurricane with top sustained winds of 85 mph (136 km/h) before coming ashore late Monday near Ocean Isle Beach, North Carolina.