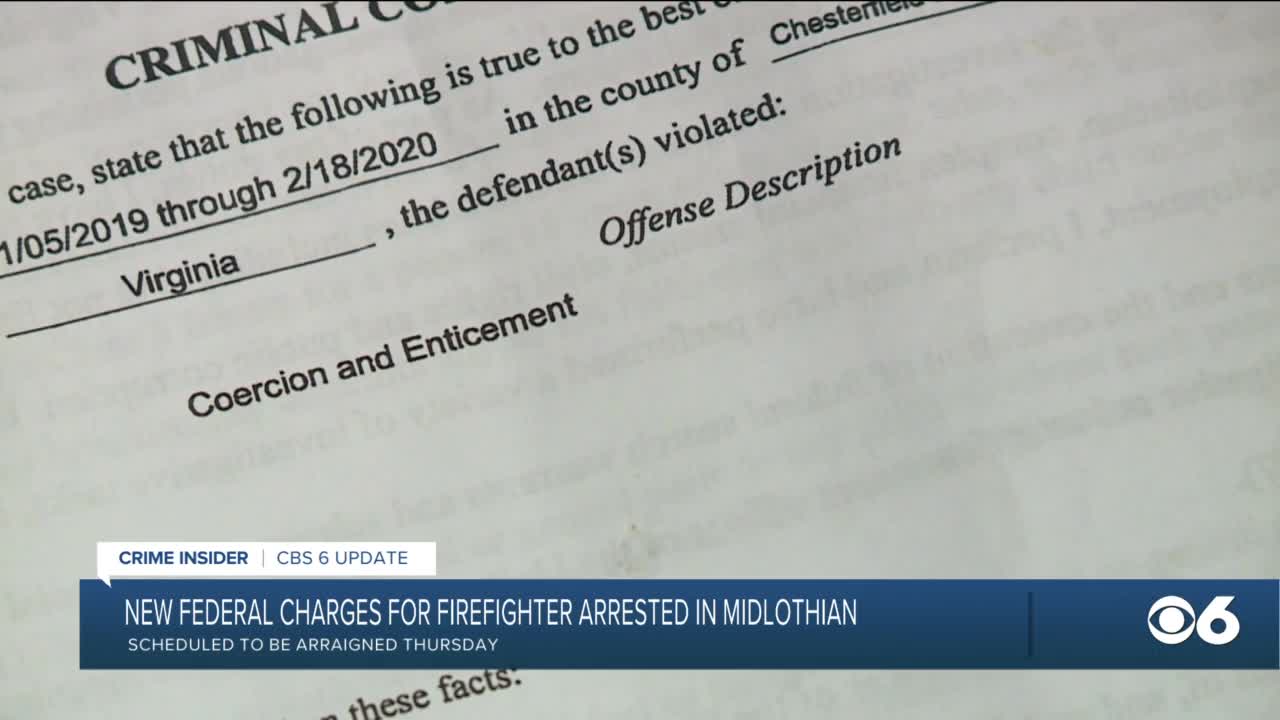 New charges have been filed against a firefighter accused of driving from Pennsylvania to Chesterfield to have sex with a 10-year-old. 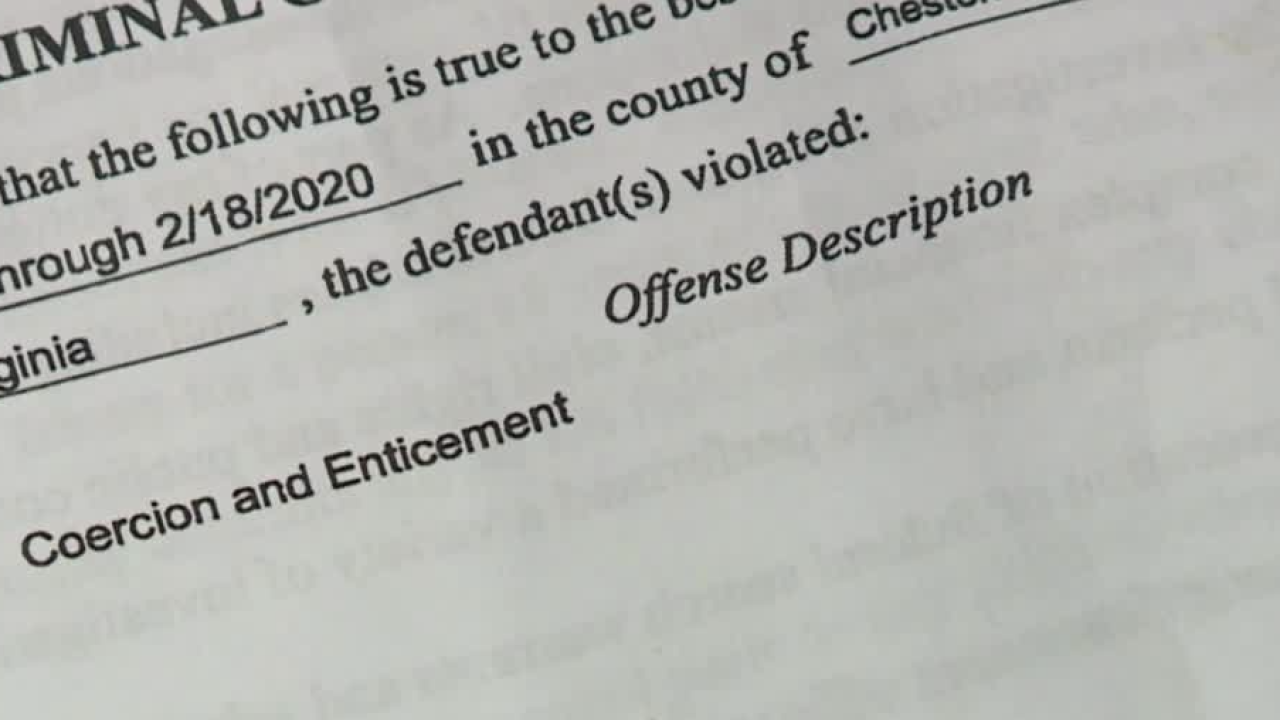 RICHMOND, Va. -- New charges have been filed against a firefighter accused of driving from Pennsylvania to Chesterfield to have sex with a 10-year-old.

He is scheduled to be arraigned Thursday morning.

Ksanovich was arrested in February outside the Chili's restaurant at Chattanooga plaza in Midlothian. Investigators said he used a social media app to strike up a relationship with someone he thought was a mother willing to let him engage in sex acts with her and her daughter. Kosanovich was actually interacting with an undercover member of the FBI Richmond's Division's Child Exploitation Task Force, according to a criminal complaint.

Kosanovich works for the Pittsburgh fire department. He was removed from duty and put on unpaid leave pending the investigation.