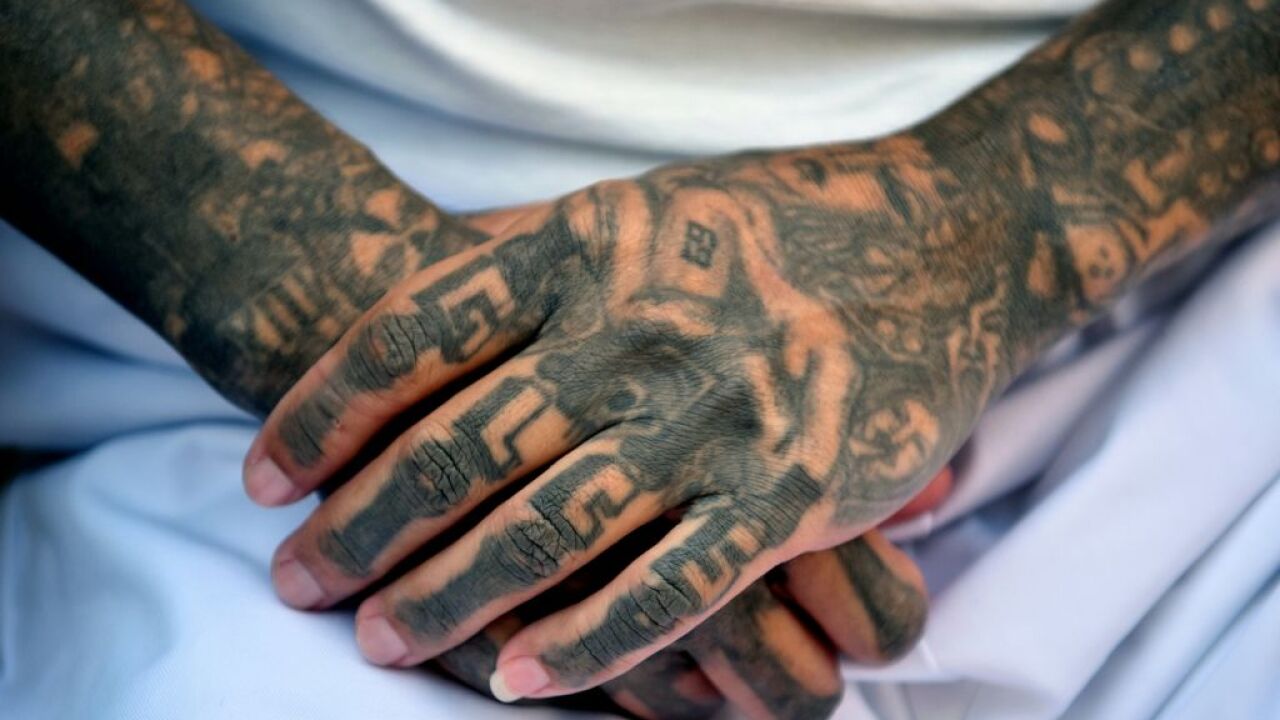 An ex member of the MS-13 gang is pictured at Santa Ana prison, 60 km northwest of San Salvador, on May 21, 2019. – Former members of Salvadoran gangs -mostly of the Mara Salvatrucha (MS-13) and Barrio 18- claim to be willing to endure a painful process with laser technology, that can take years, to erase tattoos they now say were a “youth mistake”. (Photo by Oscar Rivera / AFP) (Photo credit should read OSCAR RIVERA/AFP via Getty Images)

ALEXANDRIA, Va. -- Two members of the MS-13 street gang have pleaded guilty to to their roles in a 2018 attack on a man in a northern Virginia park.

The two admitted shooting and stabbing a 40-year-old victim in 2018 in Four Mile Run Park.

Gang members had warned the victim's nephew not to sell drugs in the park without paying rent.

The victim survived an attack in which he was shot in the throat and arm and stabbed in the back.