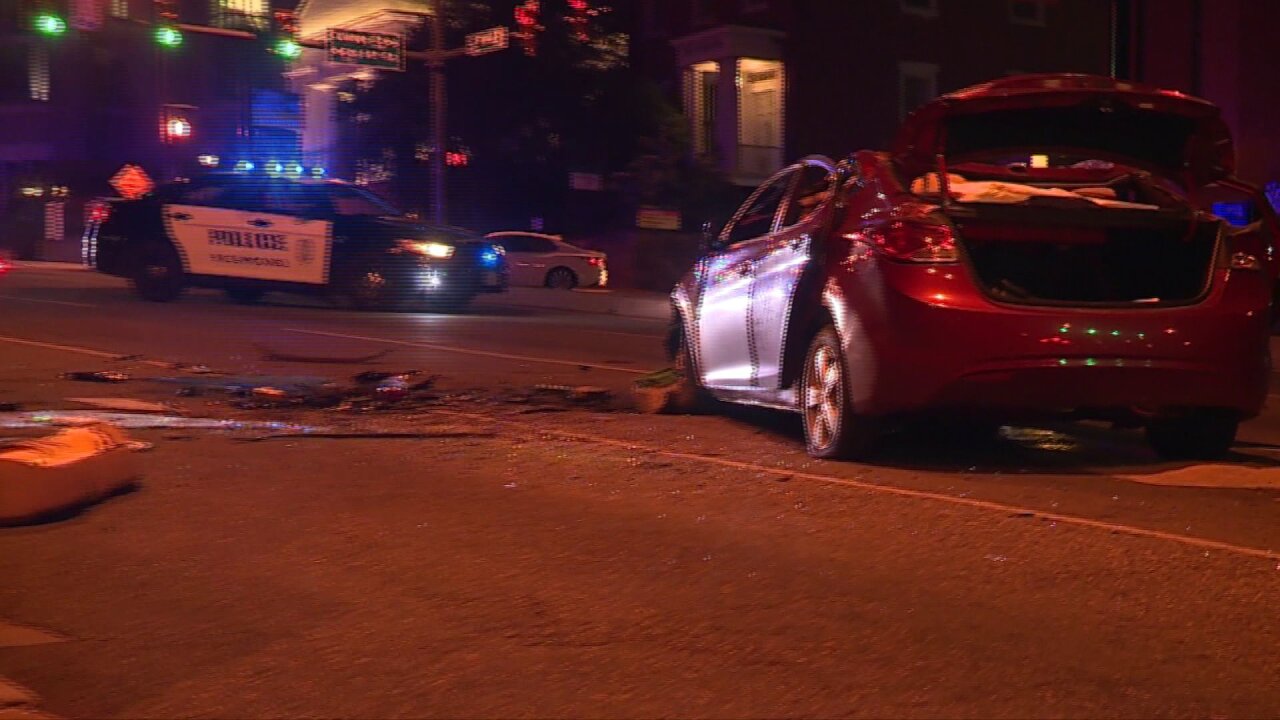 Richmond Police responded to a crash between a sedan and a GRTC bus in the 1400 block of East Broad Street at approximately 8:58 p.m.

Police say that a red four-door sedan exited from I-95 south onto Broad Street. The sedan then jumped the median and collided with a GRTC Bus which was traveling eastbound on Broad Street.

The driver of the sedan, 18-year-old Dawson M. Teta, of Midlothian, was transported to the hospital where he died an hour later.

Police say Teta was the only occupant of the vehicle.