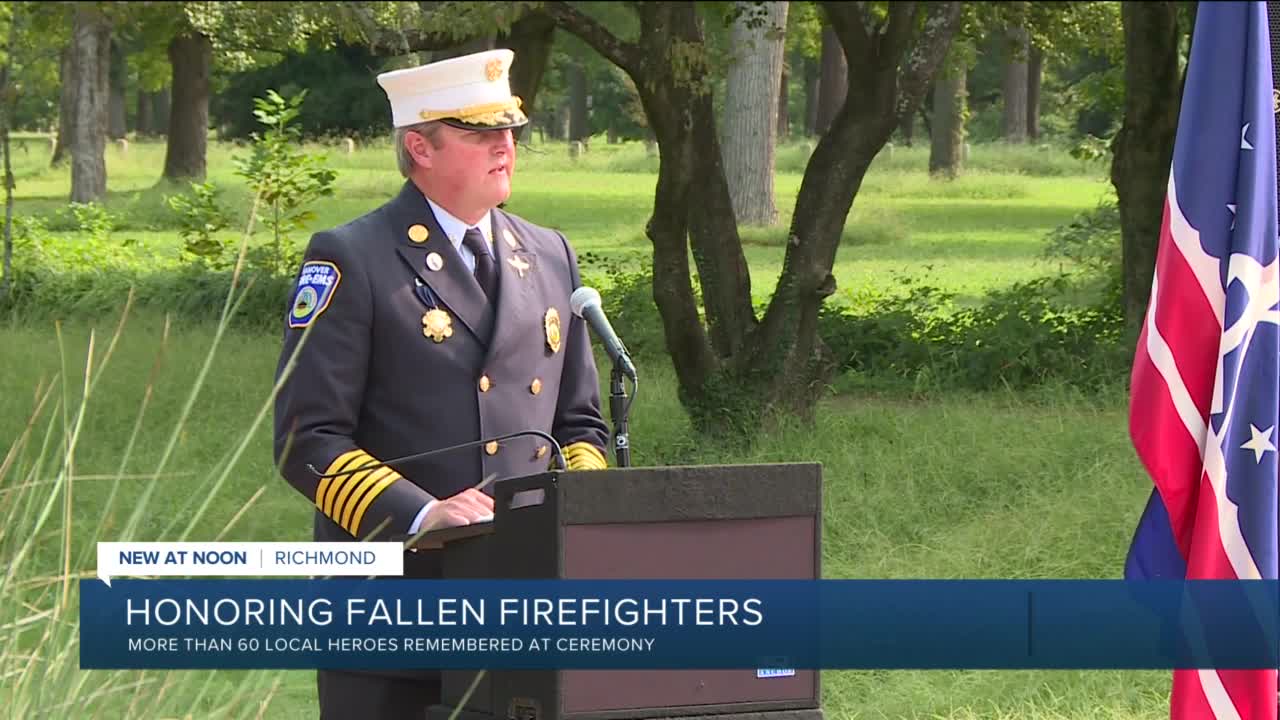 RICHMOND, Va. — Central Virginia firefighters who made the ultimate sacrifice were honored in a memorial service at the Carillon in Richmond on Wednesday. The service was hosted by the Richmond Professional Firefighters Association.

Firefighters from around the region gathered to remember and honor more than 60 fallen heroes, including Hanover Fire Lt. Brad Clark.

“October 11, 2018, was not a normal day,” Hanover Fire Chief Jethro Piland said. “As a Fire Chief, I got the call that no Fire Chief, no firefighter, or not family members wants to get.”

Piland recalled the day a tractor-trailer rear-ended a fire truck on Interstate 295.

Clark was killed in the crash.

“It was a day that has changed not only my life, but the men, women, of our fire service in Hanover — it’s changed our lives forever," Piland said at the memorial.

His message was one of resilience. He credited faith, family, and friends for helping them get through.

He said the most important thing, is caring for each other.

“Not move on, but move forward from our tragedy. And sort of bond together and grow,” said Piland.