Meet the people tasked with reimagining public safety in Richmond 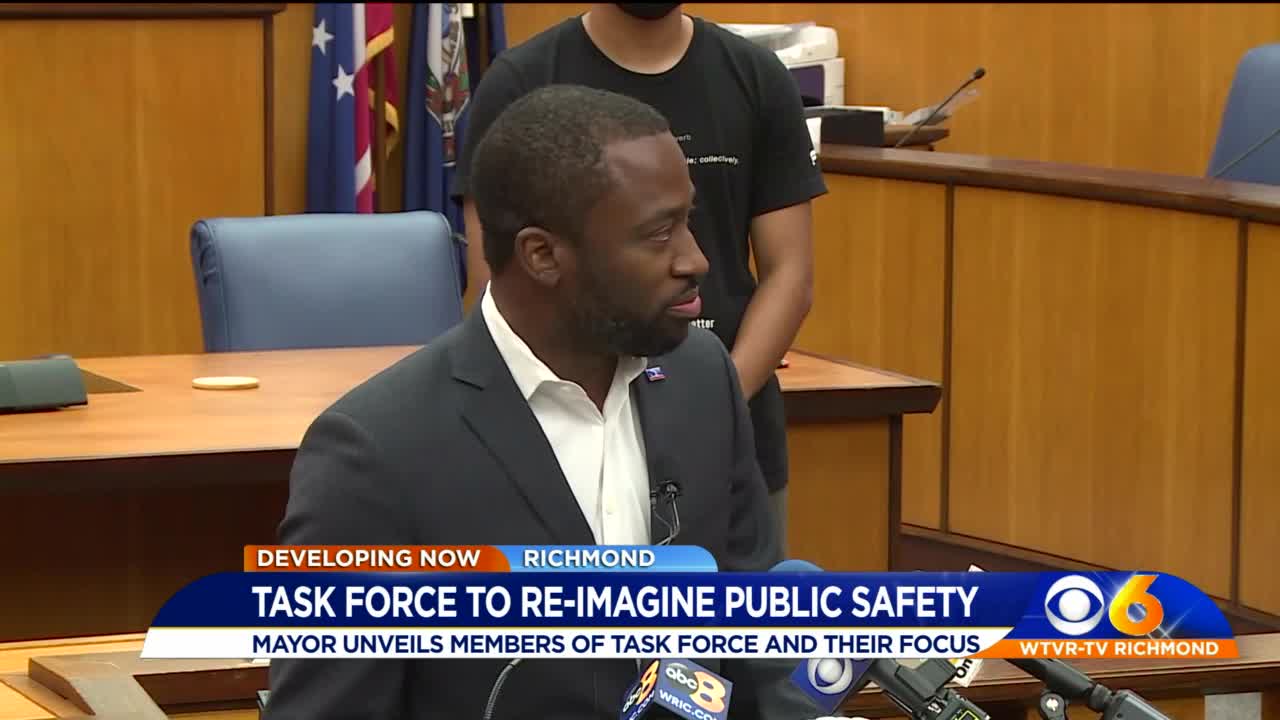 Meet the people tasked with reimagining public safety in Richmond

He said the task force's main objectives were to:

“There is a lot of work ahead of us, but this group’s diversity of expertise and lived experiences is a key asset on our path forward,” Mayor Stoney said. “I am thrilled to have this team help our city heal.”

The mayor formed the task force amid calls for his resignation over the way Richmond Police responded to protests against racial injustice following the death of George Floyd in Minnesota.

Nationwide, there have been calls for cities to re-think the job of public safety officers are asked to do on a daily basis and adjust funding accordingly.

“We need a new process for noncriminal and nonviolent calls for service, and that will be a top priority for this task force,” Stoney said. “We must center compassion instead of consequences.”

Stoney said the task force, made up of activists, law enforcement officers, lawyers, professors, healthcare professionals, and others will present their suggestions to the mayor in about 45 days.

“After additional conversations and review of actions taken in other cities, I do not believe we can wait to begin acting on reform recommendations,” Stoney said.

Members of the Task Force

The task force's meetings will not be open to the public.