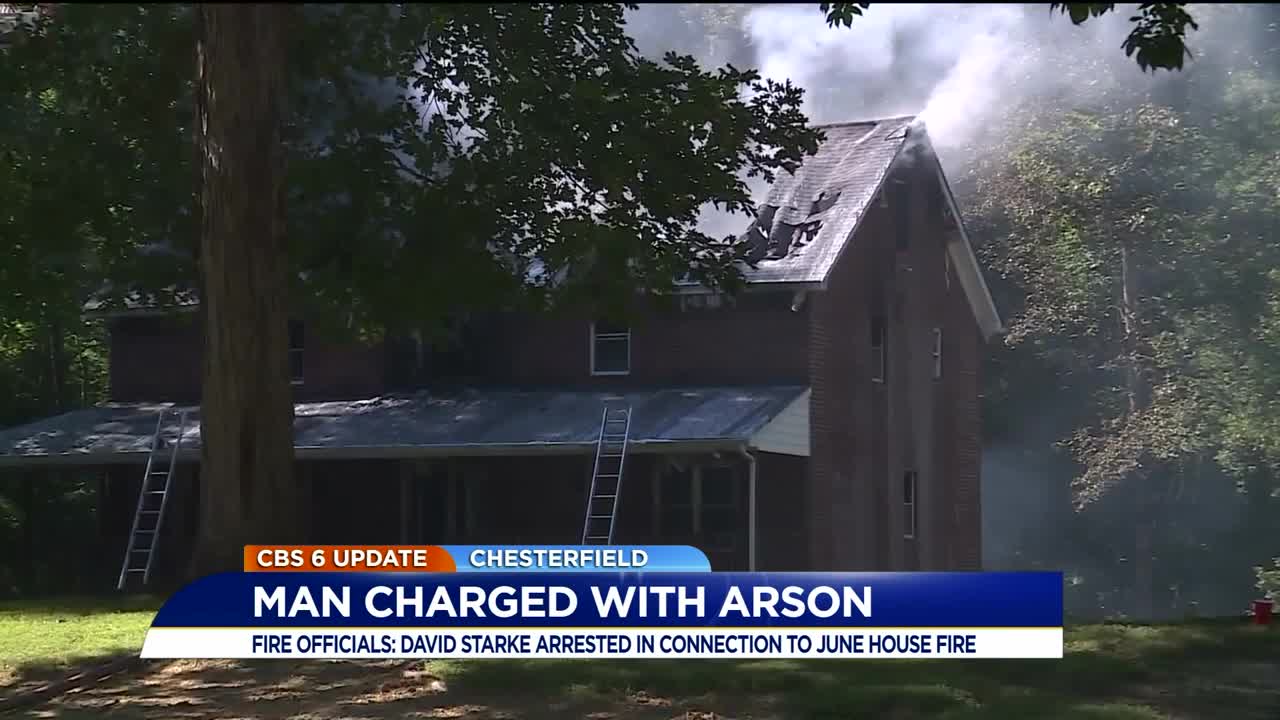 A 25-year-old Prince George County man arrested for allegedly setting a Chesterfield home on fire was also charged in two other arson cases. 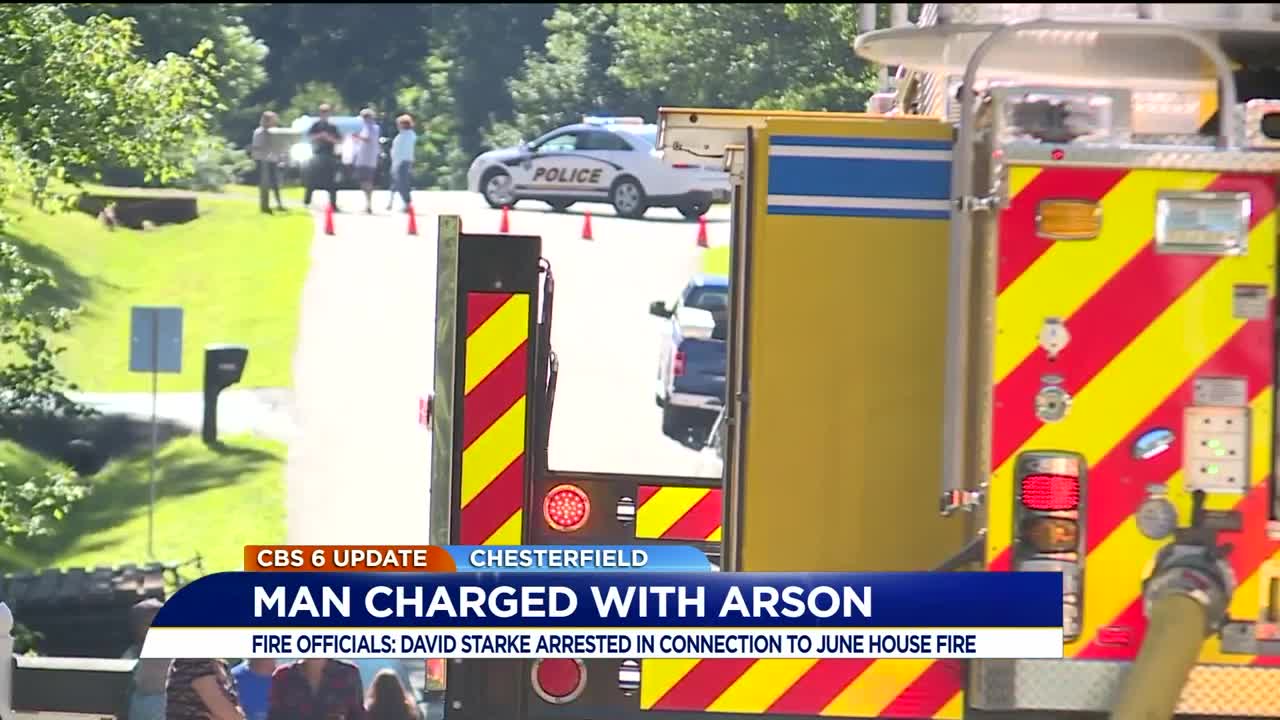 David Elton Starke is charged with arson and breaking and entering with the intent to commit arson, according to a Chesterfield Fire and EMS spokesperson.

Starke, according to investigators, set a Singer Road home on fire in June 2019.

"Crews encountered heavy fire and smoke conditions in the 2-story home with a basement," Chesterfield Fire and EMS spokesperson Lt. Jason Elmore said. "It took crews more than an hour to get the fire under control. The house sustained significant damage. No injuries were reported."

Police have not yet said why investigators believe Starke set the house on fire.

First, authorities were called to the the Touchstone Bank at 4300 Crossings Boulevard where officers spotted several fires burning around the exterior of the business

As crews extinguished those fires, officials received another fire-related call-for-service.

This time, witnesses reported a fire in the area of Baileys Ridge Apartments.

However, residents at apartment complex put out the blaze in a stairwell before police and fire crews arrived.

A joint investigation between the Prince George County Police Department and the Dinwiddie County Sheriff’s Office, identified the 25-year-old as the suspect.

Starke is scheduled to be sentenced in those cases in in March.