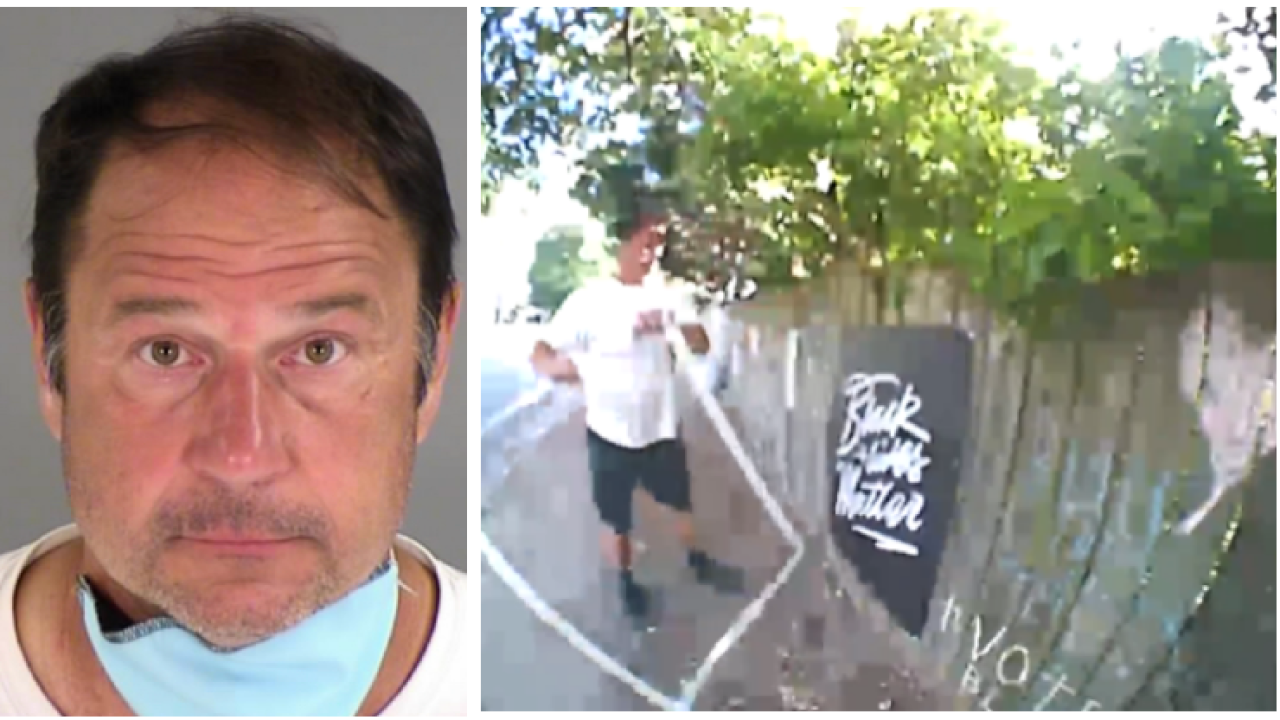 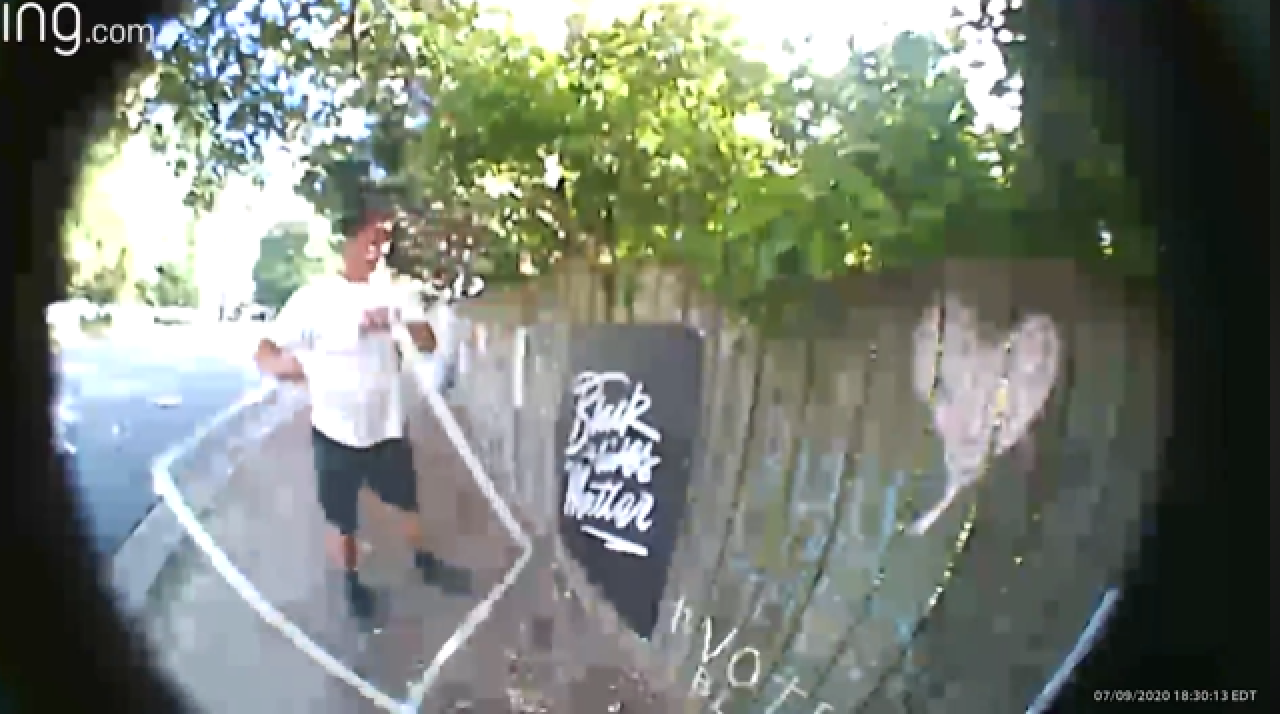 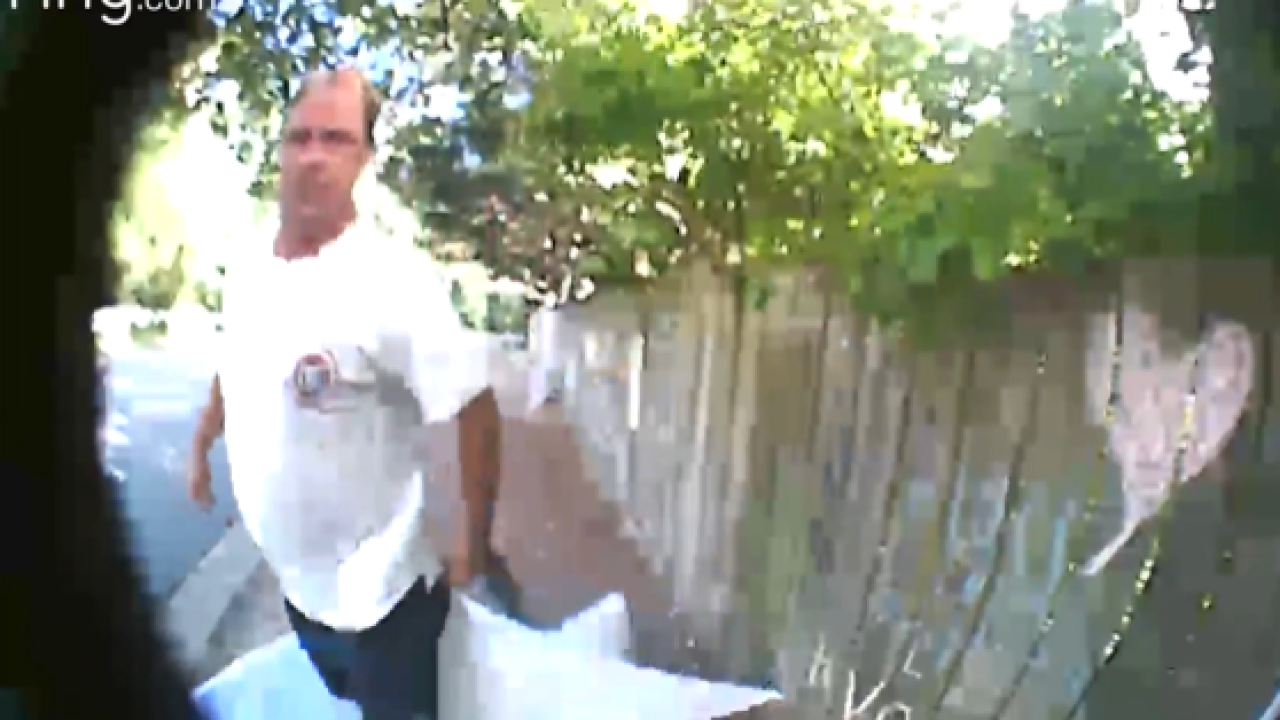 HENRICO COUNTY, Va. -- A Henrico man has been arrested and charged after police say he ripped down a 'Black Lives Matter' flag from a fence in Henrico's West End Thursday evening.

Police say they responded to the 2100 block of Kelly Ridge Road for the report of a vandalism at approximately 6:54 p.m.

Just minutes after the incident occurred, a Ring doorbell video was posted on Facebook showed a man on the sidewalk rip down 'Black Lives Matter' signs and plexi-glass, which were along the outside of a fence.

"Thanks to the community working together, the officer was able to identify the person responsible for removing the signs," a Henrico Police spokesperson said.

Stephen B. Safferwich, Jr., 55, turned himself in to the Henrico County Sheriff's Office and was charged with misdemeanor vandalism.

In an interview with CBS 6 last month, the homeowner, Tom Schaefer, said his family had been harassed and their property has been vandalized after they posted 'Black Lives Matter' messages on their fence.

"They’ve stolen my posters twice. They’ve vandalized my fence many times. I’ve had to come and erase certain messages," Schaefer said in a June interview. "They’ve mailed anonymous letters to my house saying I’m decreasing the value of their property.”

Despite the negativity, Schaefer said he will continue to show his support and be an ally for the 'Black Lives Matters' movement.

There is no word who is responsible for the previous cases of vandalism on Schaefer's property.