A Henrico family said that they have been harassed and their property has been vandalized after they posted "Black Lives Matter" messages on their fence. 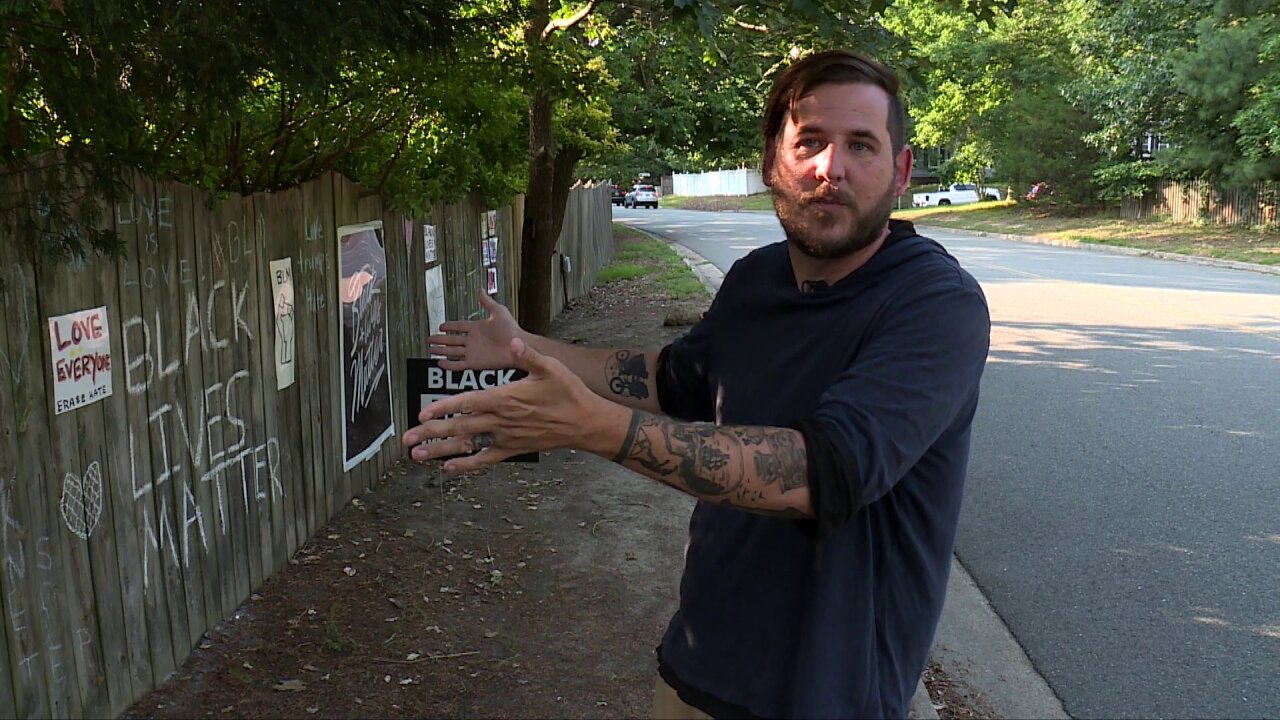 HENRICO COUNTY, Va. --A Henrico family said that they have been harassed and their property has been vandalized after they posted "Black Lives Matter" messages on their fence.

The brown picket fence lining the back of Tom Schaefers West End, Henrico County home is now drawing attention from all over.

“My wife and my daughter started this fence right at the beginning of March," Schaefer said.

The fence first served as an outlet for people during the COVID-19 lockdown to come write positive messages with chalk for one another. But Schaefer said now it’s his family's way of fighting for racial equality and joining the national 'Black Lives Matter' movement.

It’s allowing others to join in as well from all ages.

“It’s public, but it’s as anonymous as it comes," Schaefer said. “A little girl wrote, I’m black and I matter.”

Schafer said not everyone is happy about the messages and people have vandalized some of the work.

"They’ve stolen my posters twice. They’ve vandalized my fence many times. I’ve had to come and erase certain messages," Schaefer said. "They’ve mailed anonymous letters to my house saying I’m decreasing the value of their property.”

Despite the negativity, Schaefer said he will continue to show his support and be an ally.

Schaefer has filed police reports for each time vandalism has occurred.