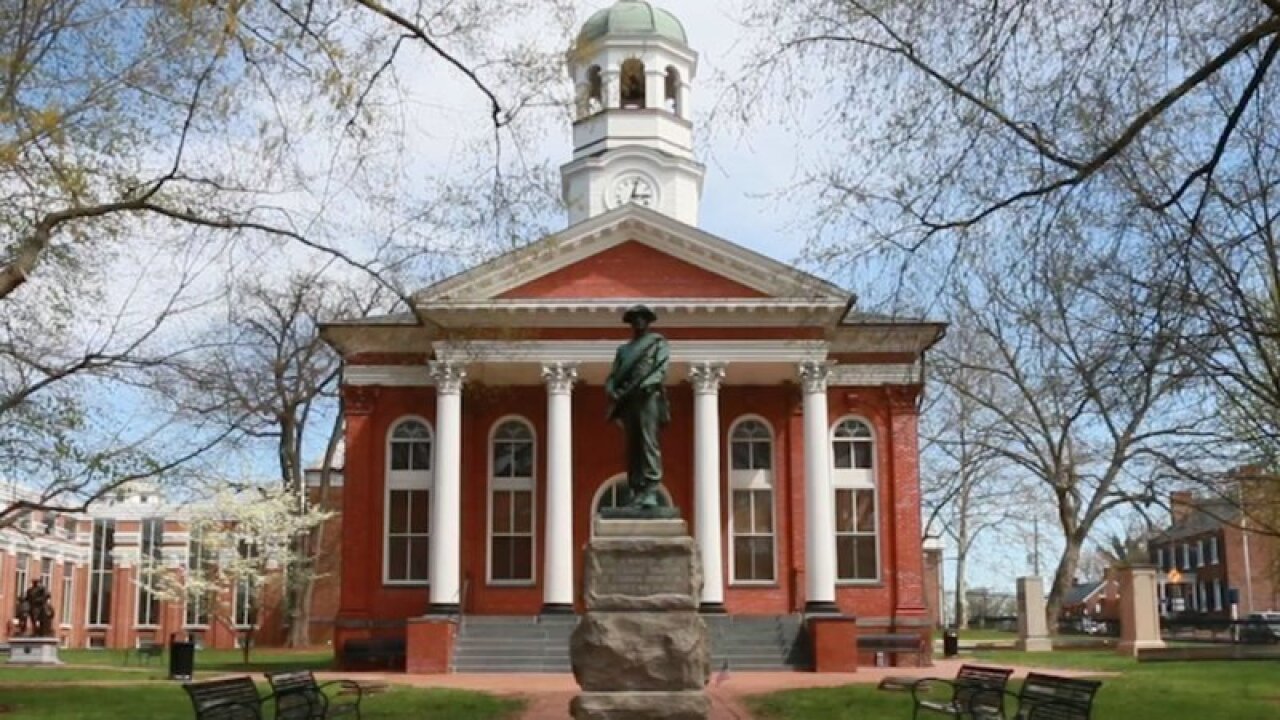 LEESBURG, Va. -- Another Confederate monument has been targeted for removal in Virginia.

WTOP reports that officials in northern Virginia’s Loudoun County voted this week to return the statue of a Confederate soldier to the United Daughters of the Confederacy.

The statue is slated for removal on Sept. 7. from county property in Leesburg. A new law in Virginia allows local governments to decide the fate of war monuments on their property.

Loudoun County Board of Supervisors Chair Phyllis Randall, a Democrat, had long argued that the statue was a symbol of systemic racism.

Confederate monuments are coming down throughout the American South in the wake of protests against racism and police brutality.