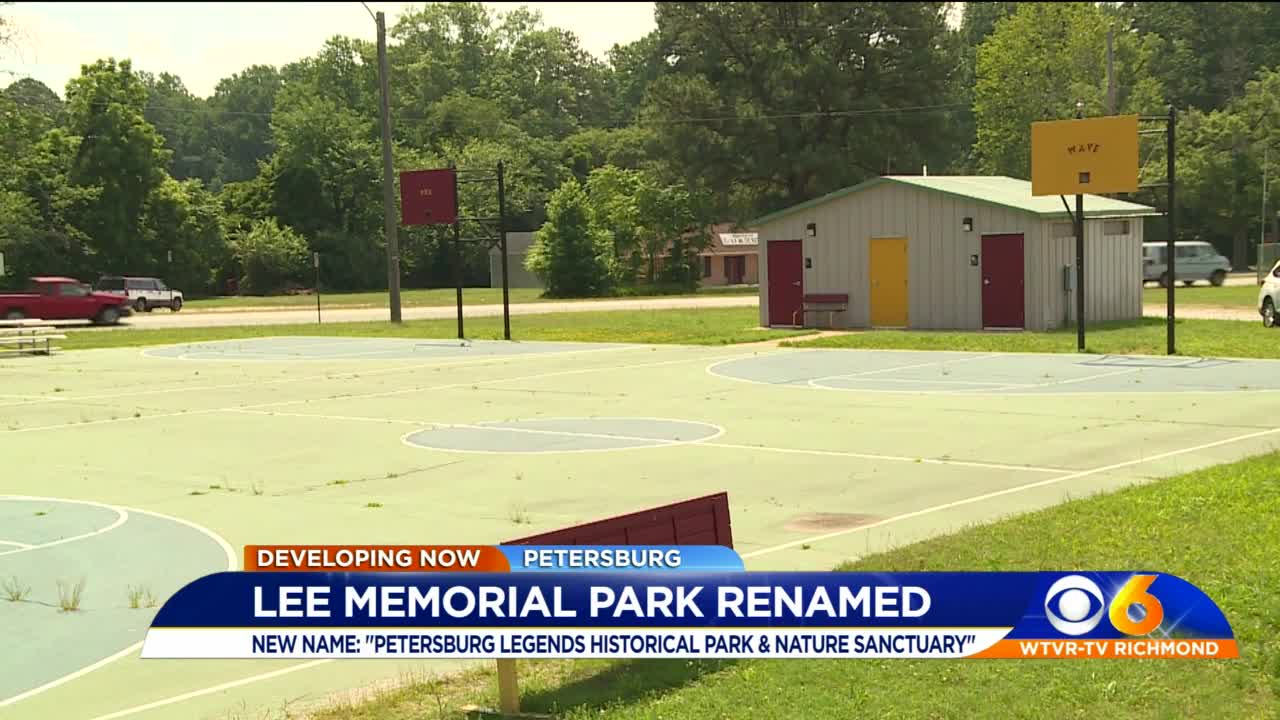 The idea for the new name was to honor basketball legends who honed their skills at the Petersburg park.

The move to change the park's name came amid a nationwide movement to rename buildings and places that were named after Confederate figures.

Petersburg was an epicenter of Civil War battles and home to Petersburg National Battlefield.

Moses Malone, a NBA Hall of Fame inductee and three-time Most Valuable Player, was a star athlete at Petersburg High School from 1970 - 1974. He led the Crimson Wave to two state titles.

"Moses has always called Petersburg home and he would often visit and he had a special affection for Petersburg High School and many of the classmates that graduated in the Class of 1974," friend and classmate Wayne Crocker said.

The 12-time NBA All-Star played for nine teams over his 21-year career, most notably for the Houston Rockets and the Philadelphia 76ers, which he led to a championship in 1983.