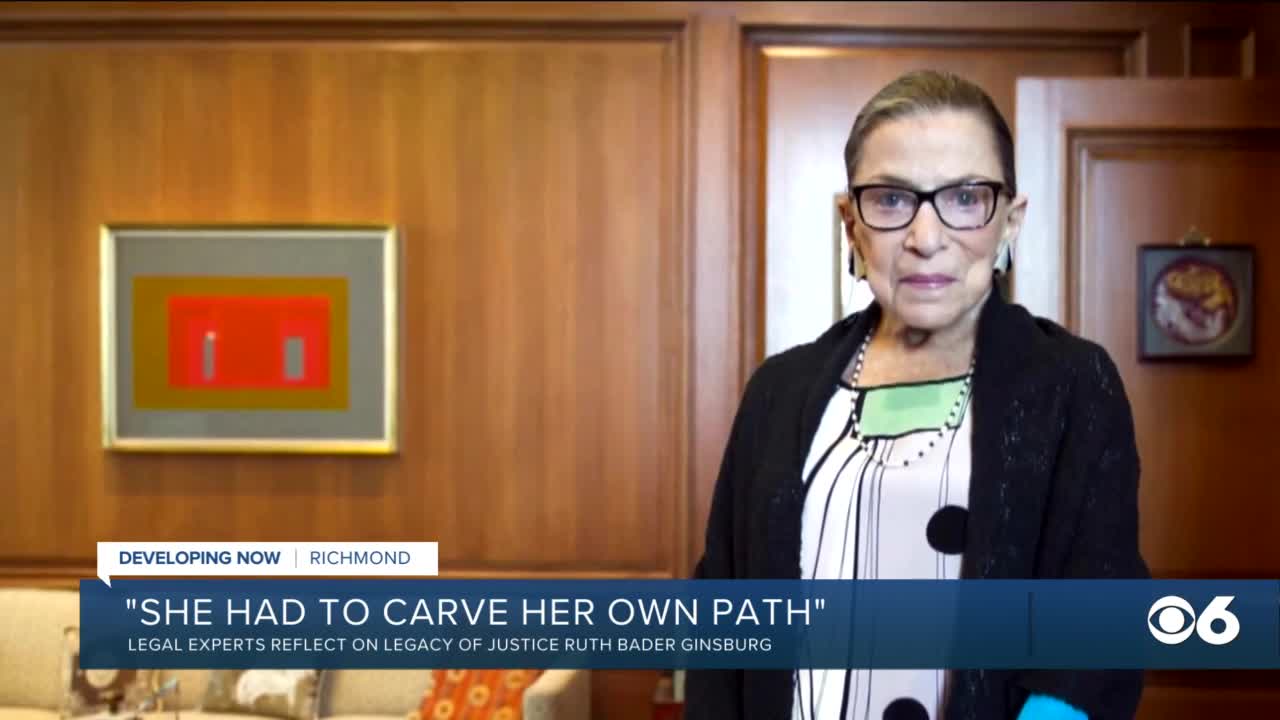 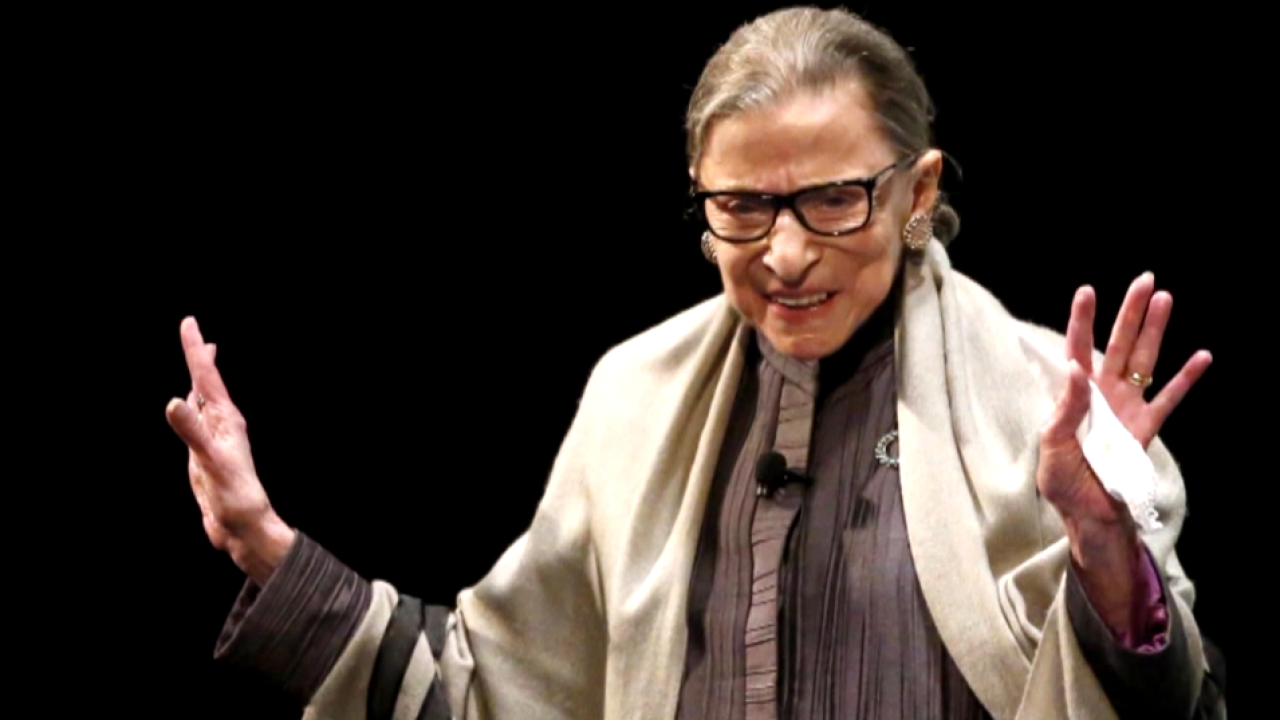 RICHMOND, Va. -- Experts and Virginians are remembering the legacy that Justice Ruth Bader Ginsburg left behind following her death.

Ginsburg, who died Friday from complications of pancreatic cancer, was appointed in 1993 by President Bill Clinton.

“A whole bunch of my students want to become a lawyer, they want to become a judge because of Ruth Bader Ginsburg,” he explained. “A single person made that much of impact on so many people.”

Ginsburg was a leading voice in cases involving discrimination on the basis of sex.

"The law could not treat woman differently because of their gender,” Aughenbaugh stated. “If you’re a woman, if you have a daughter, a granddaughter, you should care about the passing of Justice Ruth Bader Ginsburg.”

Jennifer Bowie, a political science professor at the University of Richmond, currently teaches a class called "The Notorious RBG: Gender Discrimination and the Courts."

"I think most people probably with the exception of her immediate family were very ,very surprised," Bowie said of Ginsburg’s death.

Bowie said the impact of Ginsburg’s work was widespread before she was even nominated to serve on the country’s highest court.

Recent pop culture popularity aside, the impact that Justice Ginsburg had on women was profound, and spanned age groups and backgrounds.

As a litigator who fought tenaciously for the courts to recognize equal rights for women, one case at a time, and later as the second woman to sit on the hallowed bench of the Supreme Court, Ginsburg left a legacy of achievement in gender equality that had many women grasping for words this weekend to describe her significance to them.

“For the first time I felt the Constitution was written for me,” said feminist leader Gloria Steinem.

“I think what’s going to happen, even in the midst of a pandemic extremely turnout, I believe higher than normal for a presidential election,” Holsworth stated. “For the President [Donald Trump], he hopes this will help him with some people who may not like him personally but may at the end of the day agree with some of the directions he want to take the country.”

Democratic presidential nominee Joe Biden and his campaign hopes the news will encourage key constituents in their part to show up to the polls. Holsworth said women and younger voters may be more willing to vote for Biden.

“This is now going to become a major issue in the presidential election,” Holsworth said.

As Americans across the nation mourn the loss of Supreme Court Justice Ruth Bader Ginsburg, a large group gathered outside the U.S. Federal Courthouse in Richmond Sunday evening to honor and call for others to continue her legacy.

"We were not prepared to lose our champion," ACLU of Virginia’s Claire Gastanaga said about the Supreme Court justice who broke social barriers and became a tireless advocate for justice.

The body of Justice Ginsburg will lie in repose at the Supreme Court this week and lie in state at the U.S. Capitol on Friday.

Ginsburg will become the second justice and only woman ever to lie in state at the U.S. Capitol on Friday.

A private internment service is expected to take place at Arlington National Cemetery next week.