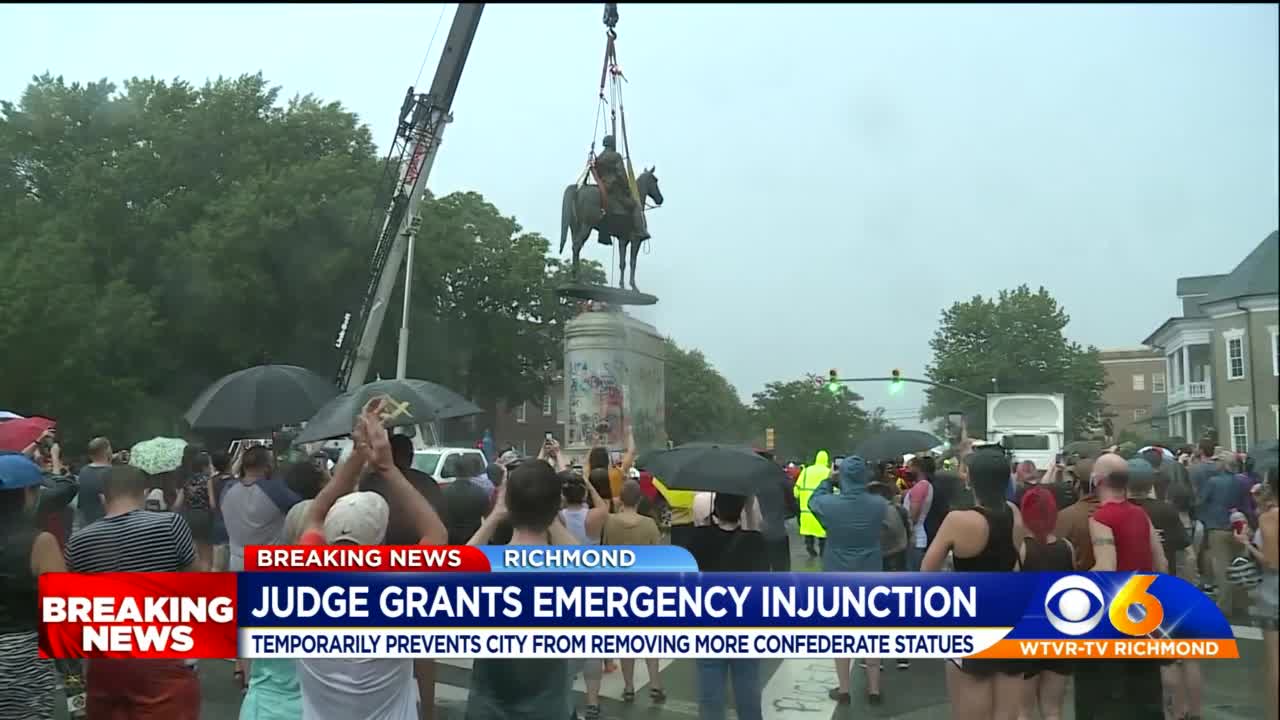 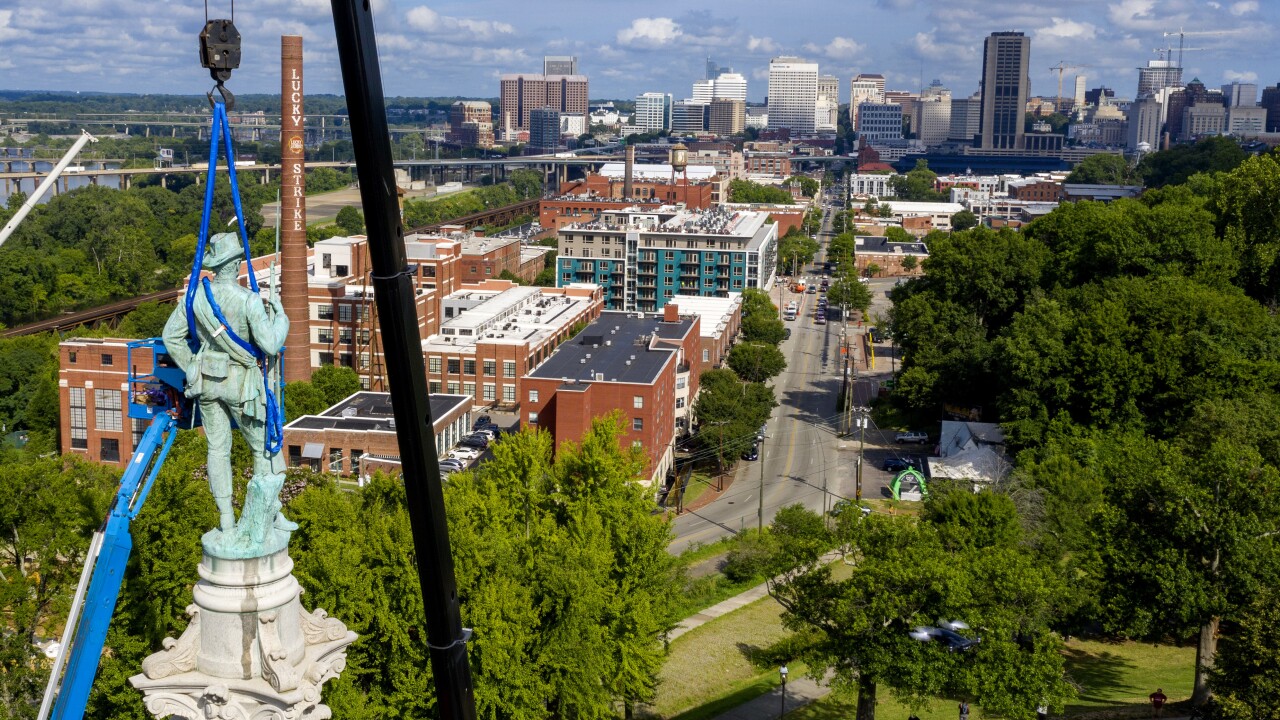 RICHMOND, Va. -- A Richmond judge has ordered a 60-day injunction preventing the removal of additional Confederate monuments in Richmond.

The injunction was requested by an anonymous plaintiff who sued Mayor Levar Stoney this week, arguing that Stoney's use of "emergency powers" to remove the statues was a violation of new state law giving municipalities the authority to remove statues on public land.

In pledging to remove 11 statues throughout the first week of July, Stoney said that the monuments presented a severe, immediate, and growing threat to public safety.

"It's my job, my number one responsibility is to protect life and property. And I thought that we couldn't take one more day to risk life for property here in the city of Richmond. And that's why we removed those monuments yesterday," said the mayor.

Matt Pinsker, an attorney and adjunct professor at VCU, who is not involved in the lawsuit, said from a legal standpoint, Stoney was not in the right to use emergency powers.

“Doesn’t matter whether the statues should come down or shouldn’t come down, legally state law has governed out a procedure for them to come down," Pinkser said.

So far, statues of J.E.B Stuart, Stonewall Jackson, Matthew Fontaine Maury, and the Confederate Soldiers' and Sailors' Monument have been removed by the city.

Stoney said the removed statues will be placed in temporary storage while Richmond enters a 60-day administrative process during which the city will solicit public input while determining the fate of the statues.

Jim Nolan, a spokesperson for Mayor Stoney, said that “We disagree, we’re disappointed, and we did the right thing.”