Howitzers Monument ripped down in Richmond 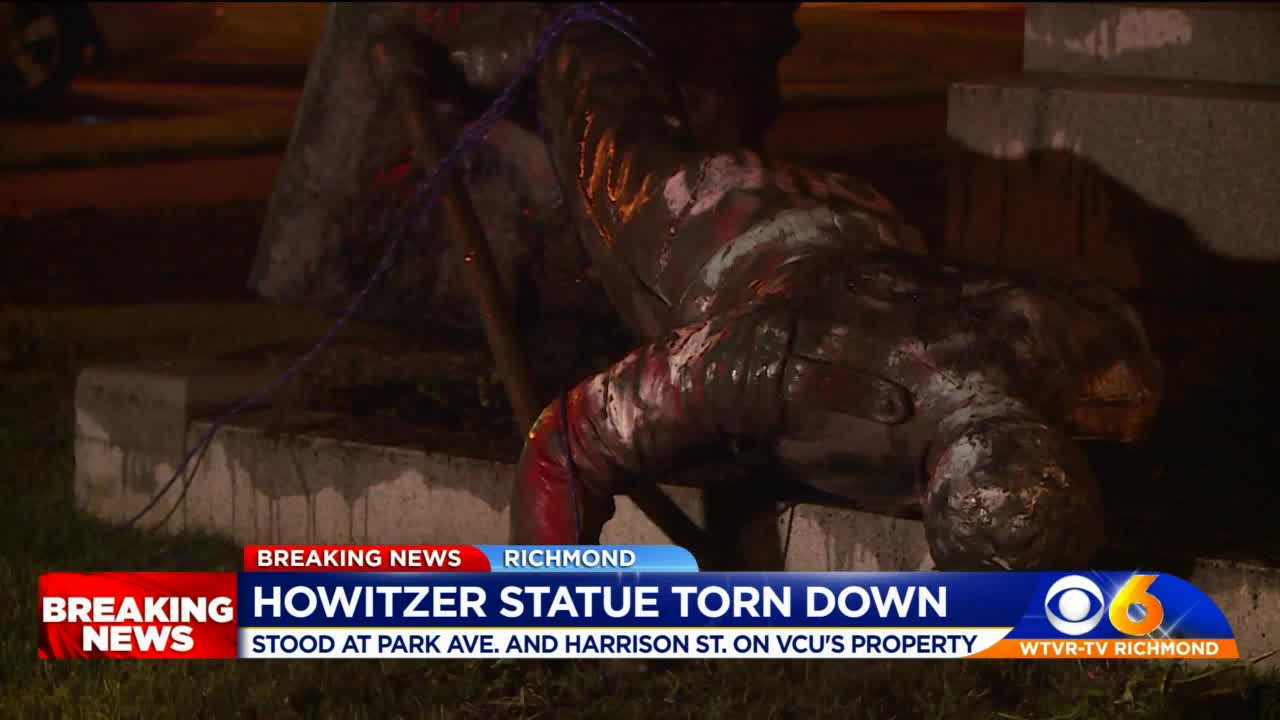 The Richmond Howitzers Monument, located near VCU at Park Avenue and Harrison Street, was torn down.

RICHMOND, Va. -- Another monument was ripped off its pedestal in Richmond.

The Richmond Howitzers Monument, located near VCU at Park Avenue and Harrison Street, was torn down by protesters marching through the city chanting, at times, "Whose streets? Our streets.”

Concerned neighbors contacted CBS 6 to report they had called police about what was happening outside their homes, but said they never saw police arrive.

The statue, which was torn down after 11 p.m. Tuesday, remained on the ground at 8 a.m. Wednesday.

The monument honored a Richmond-based National Guard Unit that fought for the Confederacy during the Civil War.

Its demise Tuesday night was the latest in a string of monument-related vandalism.

The statue commemorating “Deeds and Services of the Richmond Howitzers of the period 1861-1865” on @VCU’s campus has been toppled.
Photo credit: Coleman Jennings pic.twitter.com/8ZdxdAYWIg

In recent days monuments to Christopher Columbus, Jefferson Davis, and Williams Carter Wickham have been torn down in Richmond.

Police have not yet made arrests in any of the incidents.