How storm season shapes Virginia's coastline: 'The beach is so dynamic'

'You're always going to see these changes, especially after large storm events' 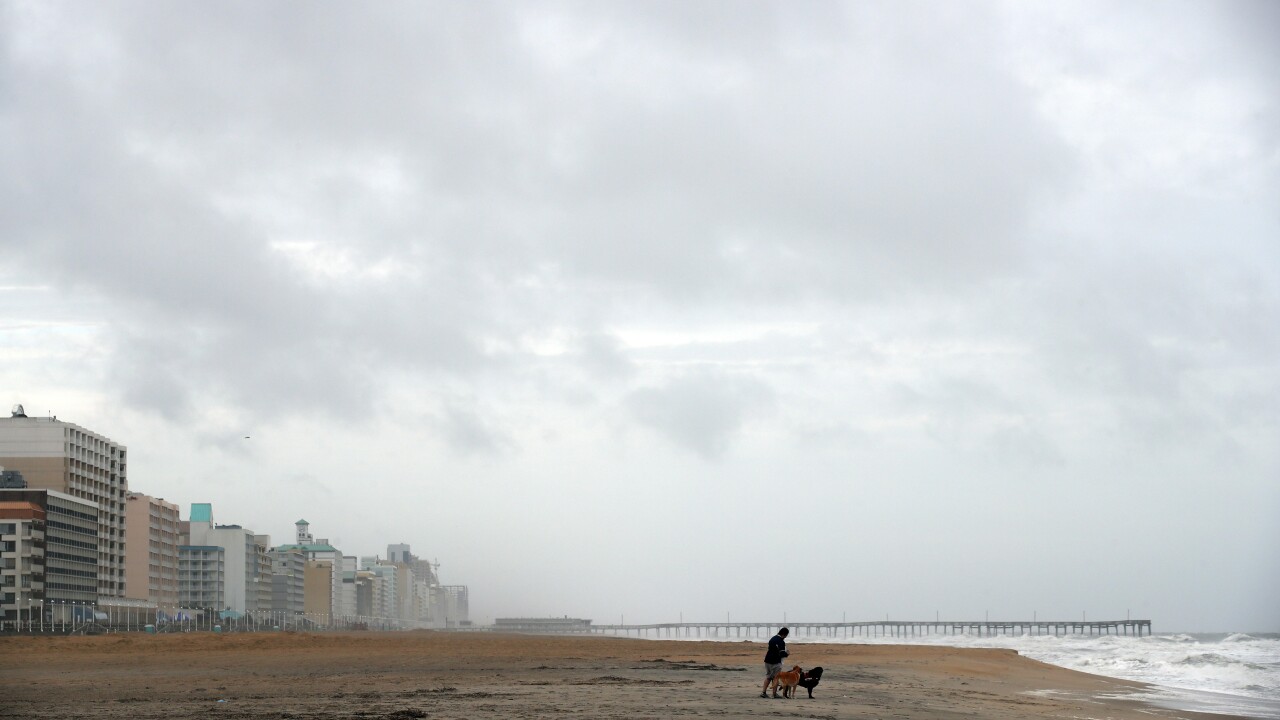 VIRGINIA BEACH, Va. - Along 78th Street in Virginia Beach, you may have noticed the beach looks different than it normally does - or even different from other parts of the Oceanfront.

So, what exactly has happened, and how much of the recent storms played a role?

Civil Works Project Manager for the Norfolk District of the U.S. Army Corp of Engineers Ashton Burgin said, "That part of the project actually sees more accretion than it would see erosion just because the sediment transport at our project is south to north, so you would naturally see sediment moving down from like the Rudee Inlet area up to the North End."

According to Burgin, accretion would explain the recent sand buildup along sections of the beach. She said it's a relatively normal process and would happen even without severe weather.

However, the coastline is no stranger to erosion. Just last year, the City of Virginia Beach spent millions of dollars to prepare the beach for this year's storm season.

The Norfolk District U.S. Army Corp of Engineers were the ones who completed the project and work on maintaining its integrity.

"In terms of preparing for a storm season, you see our re-nourishment cycles that we do regularly. The last one was just completed back in December 2019, where we placed a total of 1,400,000 yd.³ of sand on the beach," she said.

So, even though there may be changes from week to week on the coastal landscape, Burgin said it doesn't mean the homes and businesses are in trouble. It is all part of the planned process, and some erosion is expected.

"Because the beach is so dynamic and because we're using it as a risk reduction management project, you're always going to see these changes, especially after large storm events," she said. "We have already seen some positive results from this past effort as the beach has provided protection from several storms already since we have completed that cycle."

If you've ever wondered about the status of the Virginia Beach Renourishment Project or have had a question about the conditions you're seeing, the USACE is there to help.

Click here to reach out to their offices online or give them a call so they can help you feel informed about your city.

Looking ahead, Burgin said, "We will be completing another monitoring survey in the fall, and at that point we should be able to kind of analyze, 'All right - were the specific effects from the storm season? And what do we need to do from here?'"