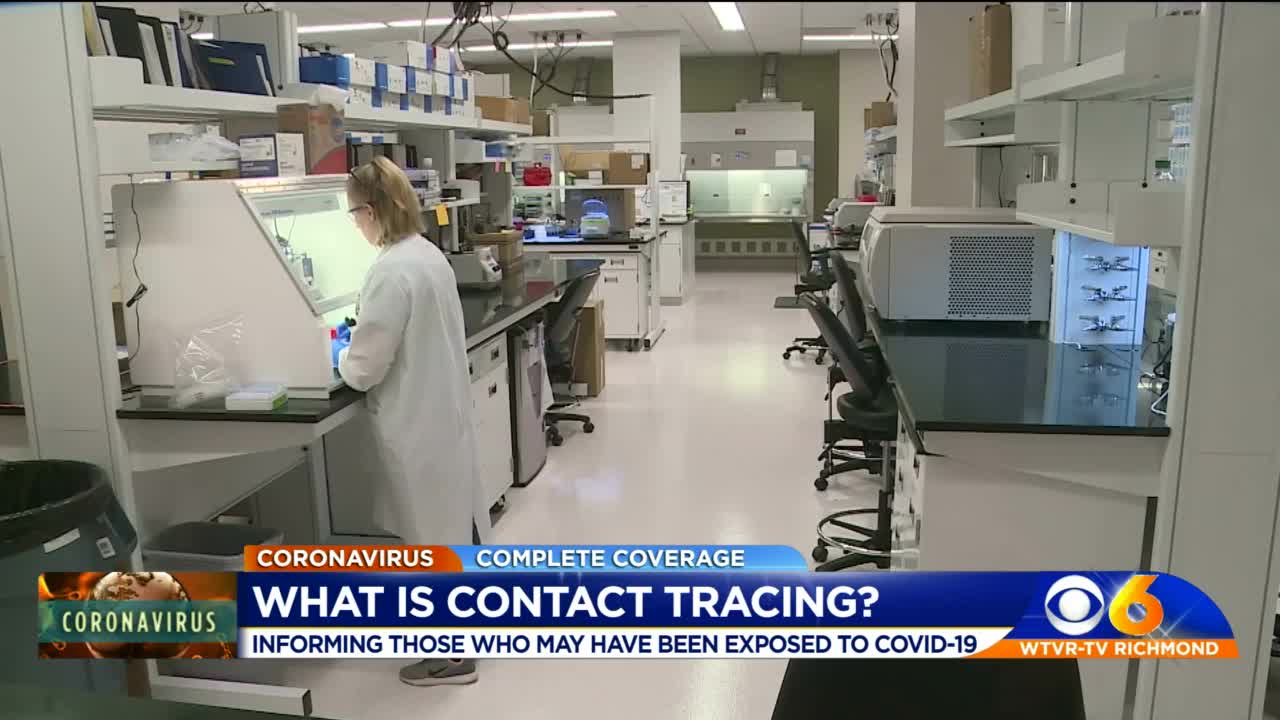 Virginia Department of Health (VDH) officials provided an update on Thursday regarding their efforts to increase contact tracing operations in the state, which will include the hiring of around 1,300 additional contact tracers and use of smartphone technology.

RICHMOND, Va. — Virginia Department of Health (VDH) officials provided an update on Thursday regarding their efforts to increase contact tracing operations in the state, which will include the hiring of around 1,300 additional contact tracers and use of smartphone technology.

Regarding the hiring of new contact tracers, officials said they have received over 6,000 resumes for the different positions they are looking to fill. Those positions include contact tracers, regional containment advisors, case investigators, data managers, analysts, and testing supervisors.

Officials said they are working to shortlist those applications and conduct interviews.

“Upon selection, the agency will initiate the procurement process, the background check, and then conduct training before deploying people,” said VDH Deputy Commissioner of Administration Mona Bector, who added that they could begin to join the workforce in the next week.

Officials have said contact tracing will be one of the keys to the reopening process as new cases of COVID-19 arise, workers will help track down the people they may have infected and get them treatment and convince them to self-quarantine.

VDH Division of Immunization Epidemiologist Marshall Vogt said contact tracing is a fundamental component of public health work.
“It's something we're very familiar with in public health and something that we really do day in and day out in order to investigate and prevent the spread of infectious diseases,” said Vogt. “Oftentimes, when we're performing contact tracing in more routine public health matters, it might be something like finding a case of tuberculosis and looking at their contacts that may have been exposed and testing them and sometimes treating them.”

He said they will be taking the same approach to contact tracing with COVID-19, just on a larger scale and why they need to hire so many additional workers.

Prior to the start of the pandemic, VDH said it had 129 contact tracers in the state, but that number has been increased to 470 as VDH staffers with experience in public health were reassigned from other departments. But, Vogt said those people need to get back to their normal roles as the reopening process begins.

Vogt walked through an example of how the contact tracing process would play out, starting with the identification of a new case.
"When we identify a case of COVID-19, our case investigators will contact that individual and find out where they might have been during their infectious period and then find out where they were...who was with them, or who might have been exposed,” said Vogt.

Contact tracers would then reach out to those people who may have been exposed and establish a relationship with them.

“We want to make sure that these individuals are highly-trained, empathetic workers because, of course, it can be very concerning for someone to be contacted and learn that they might have been exposed to COVID-19,” said Vogt.

The tracers would check in with those contacts to see if they have any symptoms of COVID-19 and, if they do, get them referred to care and testing.

“Then they're going to check in with them over a period of time where they might develop symptoms to ensure that they're remaining healthy and that they're also practicing good self quarantine and limiting exposure to other people,” added Vogt. “If any of these contacts were to become ill, we're ready to refer them, as I mentioned, to care and to testing. And then that process would start over here we have a case and we would go and trace those contacts.”

On the issue of self-isolating for infected patients and self-quarantining for contacts, officials were asked what if those individuals did not comply with requests to do so. Vogt said most people are “very compliant” with the process and contact tracers will work to build trust with the individual and convince them of the importance of isolating/quarantining.

“If at that point, the person is noncompliant, there are measures through law in Virginia, where the [State Health] Commissioner could issue an isolation or a quarantine, that would be enforceable,” added Vogt.

A spokesperson for VDH told CBS 6 that two such orders have been issued during the pandemic. One in Southwest Virginia, and the other in Central Virginia. At a news conference Thursday afternoon, Richmond Health Director Dr. Danny Avula stated that his office has had to issue one formal order of isolation.

Officials also said they have two smartphone apps that will assist in contact tracing efforts.

The first will be a triage app that will be called “COVID Checker” that should be unveiled and operational in the coming days. Bector said it will allow people who suspect they may have COVID-19 to check their symptoms and the app will tell them if they should go see a doctor for testing, access telemedicine, or self-quarantine.

“The tool also allows for daily check-ins and helps guide the person who's going through quarantine and self-isolation,” added Bector.
The second will be a proximity tracking app that will be ready in about three weeks.

Specific details on the app were not available as Bector said they have not picked which app they will use, but added whichever it is will utilize Apple and Google’s Application Programming Interface (API). She added that user privacy and security is something they are concerned about protecting.

“We are looking at an app that would allow people to opt in or opt out,” said Bector. “However, if you are opted in, it is not tracking you all the time. Unless, you know, it is able to say, ‘Hey, you came in contact with someone.’”

Bector said they are also implementing a case management system “to log the positive cases and provide a follow through.”