Virtual event celebrates 'SHEroes' in politics: 'They are now being recognized' 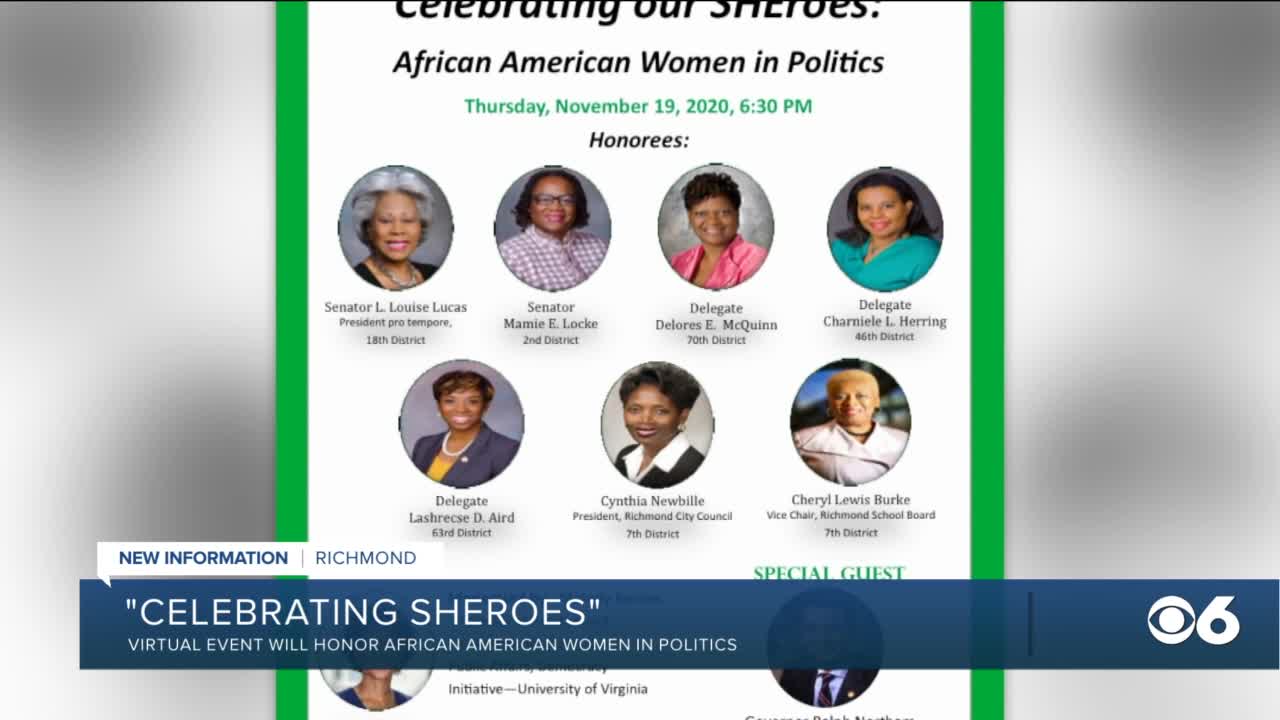 Virtual event will celebrate 'SHEroes' in politics: 'They are now being recognized' 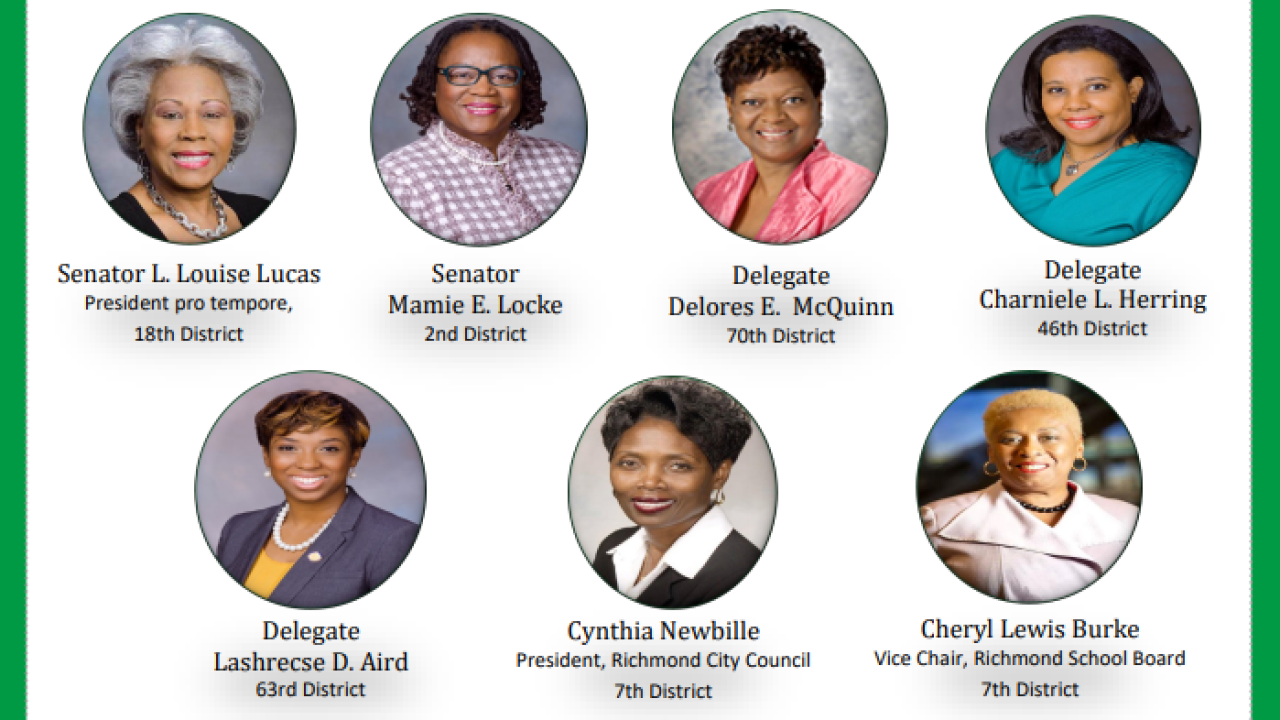 RICHMOND, Va. -- From Richmond’s city council and school board chambers to the halls of the General Assembly, some local leaders will take front and center Thursday evening.

A spotlight will shine on seven women during “Celebrating our SHEroes: African American Women In Politics.”

The virtual event is being hosted by the Commonwealth (VA) Chapter of the Links, Incorporated.

President Gwen Walker McCorvey says it’s all about the community applauding the work these women have put in.

"They are now being recognized for all of the wonderful things they have done, are doing and what they will do in the future," said Walker McCorvey.

That fact that the country’s first ever African American Vice-President Elect is not lost on Walker McCorvey.

She and other organizers hope the Celebrating our SHEroes event will inspire young girls and women to see the all the possibilities.

After the honorees are introduced, they’ll take questions during a panel discussion moderated by Melody Barnes, another notable voice in politics.

Organizers believe bringing these voices together will be a great history lesson for young people about the positive impact being made in our community.

"I think students coming up today are not aware of their history. It’s not taught in the schools enough. They don’t understand that there are people who look like them that have done many great things," Walker McCorvey explained.

The virtual event is open to the public and starts at 6:30 p.m.