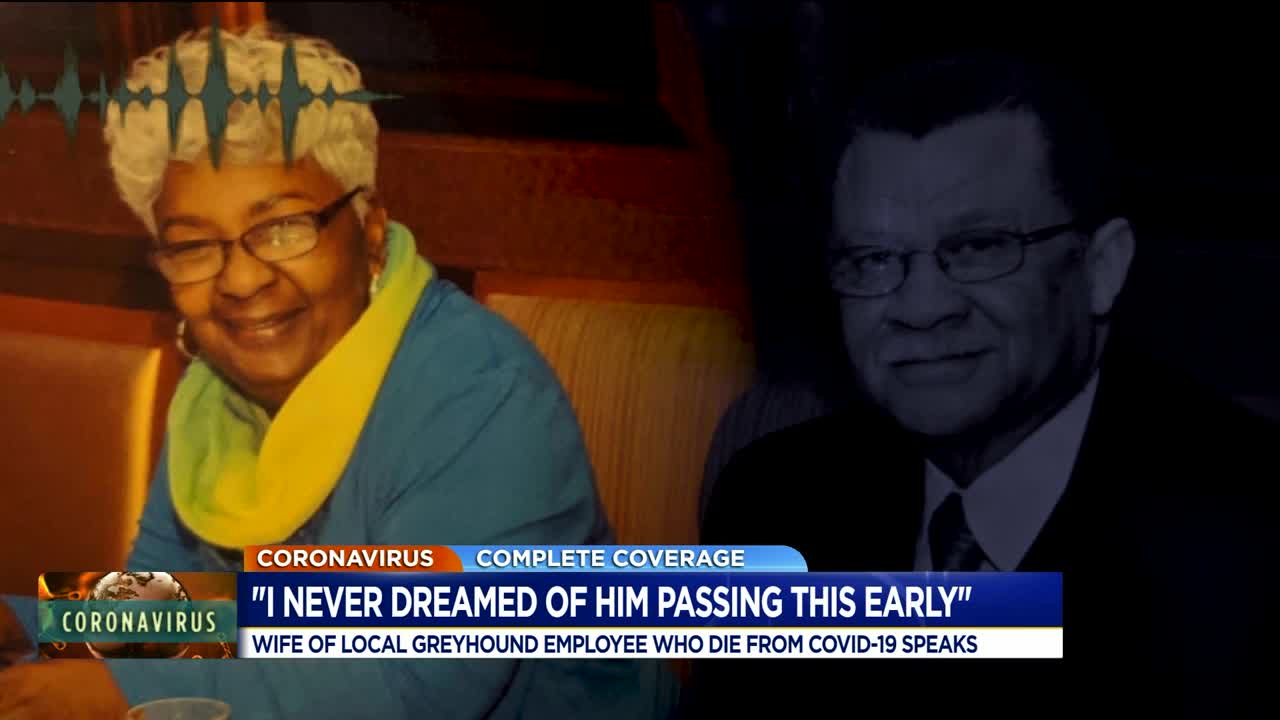 Myrtle Wright said that when she dropped her husband Paul off at Saint Mary's Hospital, she never thought that it would be the last time she'd see him alive. RICHMOND, Va. -- Paul Wright worked for Greyhound for 47 years, and been married for 46.

Myrtle Wright said that when she dropped her husband Paul off at St. Mary's Hospital, she never thought that it would be the last time she would see him alive.

Paul Wright was Greyhound Bus Lines' manager of driver development and would often travel to New Jersey when there was a new recruit class of drivers.

“He always checked them in and made sure they had the proper license to be at the school," Myrtle Wright said.

Paul called home to his wife March 8 to say some that of his colleagues were acting sluggish. About five days later and on his way back to Richmond, he phoned Myrtle to say he was tired but heading home.

“He drove home that Wednesday, ate and went to bed," she said. "He laid around all day Thursday then I took him to St. Mary's emergency room on Friday."

Myrtle said that same night, they sent him back home.

The next day, Paul fielded phone calls from other driving instructors saying they had symptoms and were going to get tested for COVID-19, so Paul decided to go back to the hospital four days later.

"A woman said, ‘He needs to go in the tent.' And she said, ‘You can't go. I got him,'" Myrtle rememered. " So she helped him get out the car and they walked into the tent.”

It would be the last time she would see her husband of nearly a half-century alive.

Sources say that Wright is one of Richmond's first two confirmed COVID-19 fatalities. The second, another Greyhound driver and trainer, Phillip DeBerry, leaves behind heartbroken loved ones and friends from one coast to the other.

“I never dreamed of him passing this early,” Myrtle said of her husband.

She said that Paul had only one symptom: he was tired.

Myrtle is urging others tonight to adhere to social distancing. She's now sheltering at home, where she must quarantine until April 7.

Depend on CBS 6 News and WTVR.com for complete coverage of this important developing story.