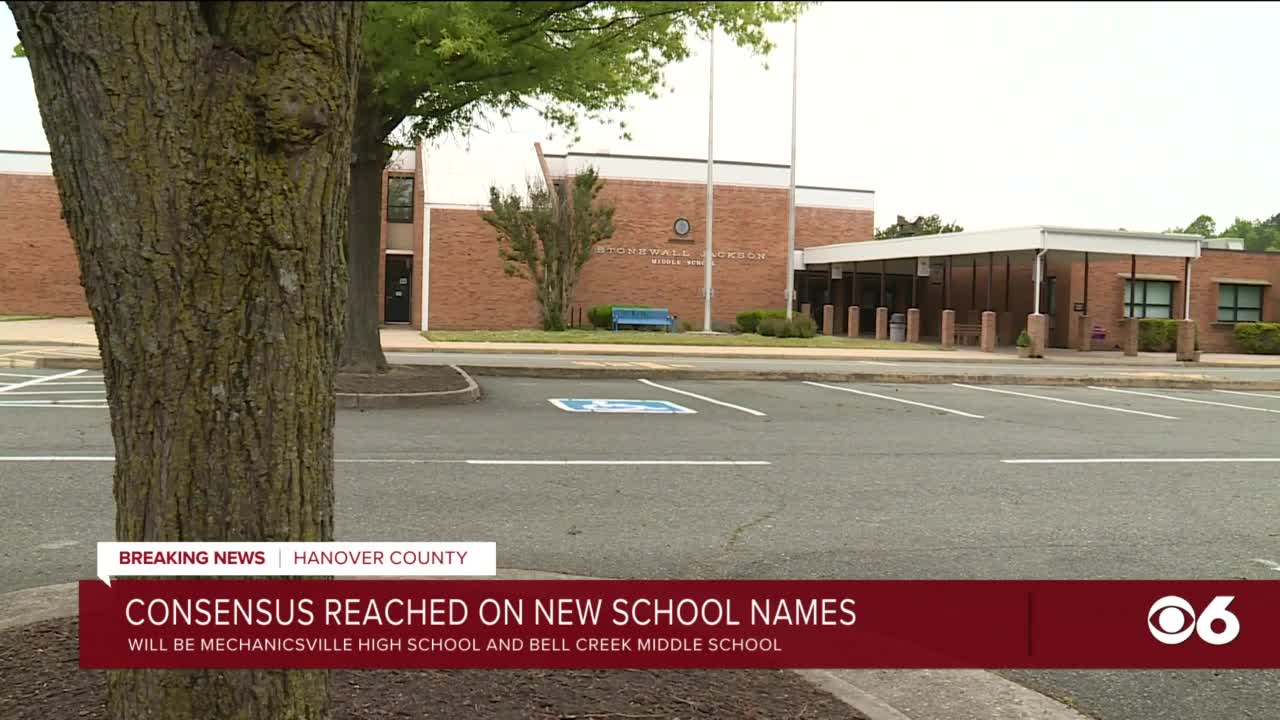 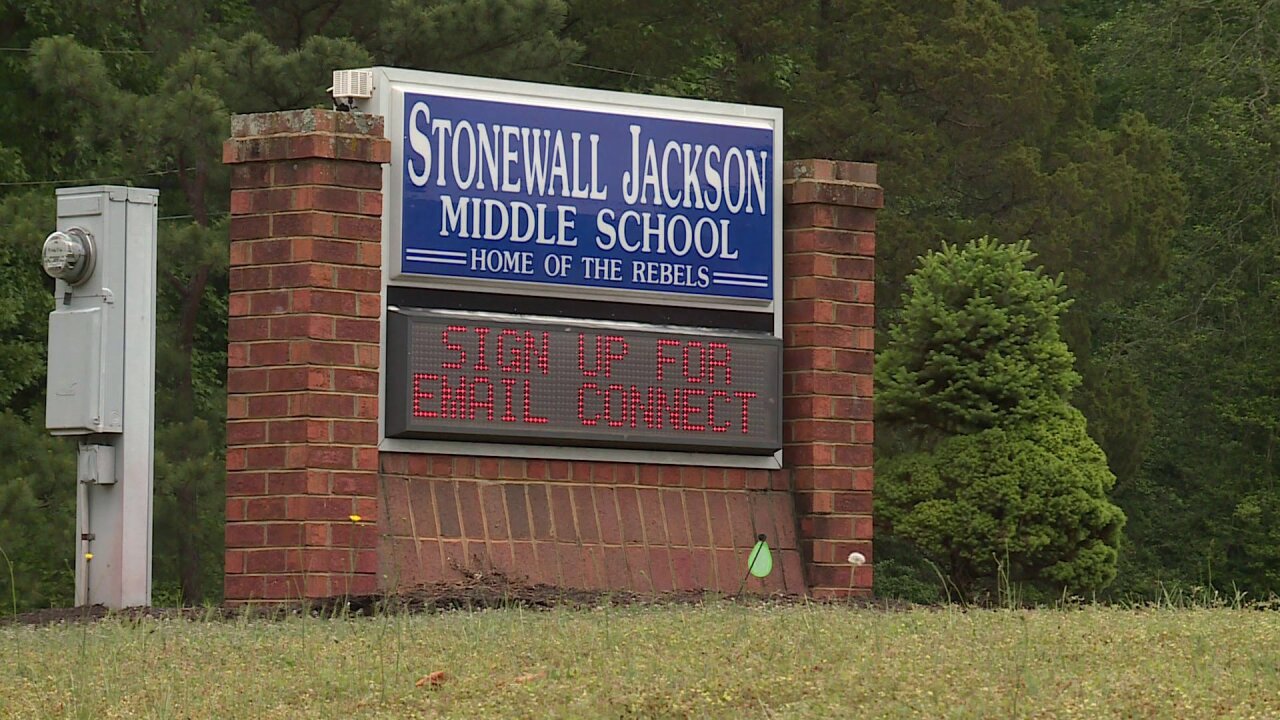 HANOVER COUNTY, Va. -- The Hanover County School Board has reached a consensus on new names for the schools formerly known as Lee-Davis High School and Stonewall Jackson Middle School.

This comes after a School Renaming Committee, made up of community members, parents, and students, selected Twin Rivers for the high school and Mechanicsville for the middle school.

The committee's recommendation led to a dispute with some School Board members who felt that community ideas were being ignored.

"Citizens said we want Mechanicsville High School and the committee ignored them. Many people expressed their frustration during public comment—believing their voices were being ignored," Board member Norman Sulser said on September 16.

The board ultimately decided not go with the committee's recommendations and to table the vote until they get more input from the public.

"The board also voiced its appreciation for the input it received from families, staff, and the broader community over the past several weeks, as well as the work of the School Renaming Committee," a Hanover Schools spokesperson said in a released.

A formal vote on Mechanicsville High and Bell Creek Middle is expected at the board’s October 13 meeting.

Once the board has voted, new mascots will be chosen for the two schools.

School officials say mascots is a school-based decision and more information about the mascot selection process will be released as it becomes available.