Hanover community laments loss of cellphone tower that was so much more: 'It's sad' 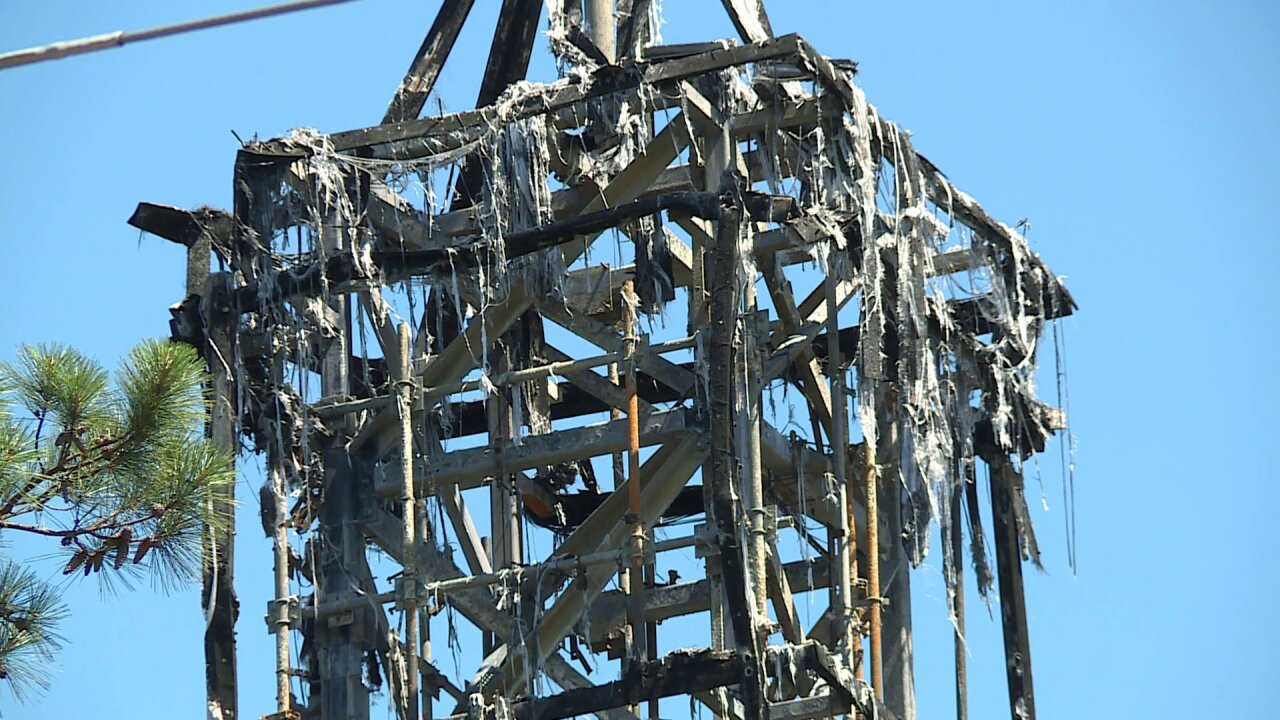 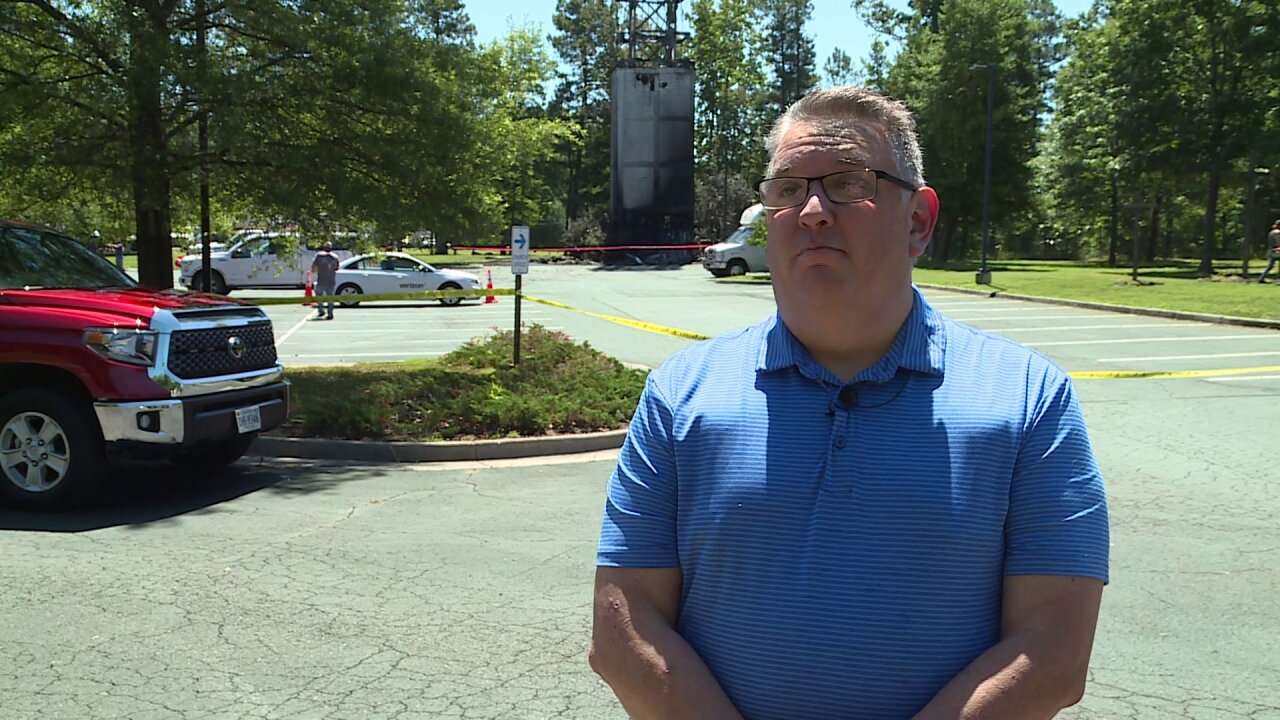 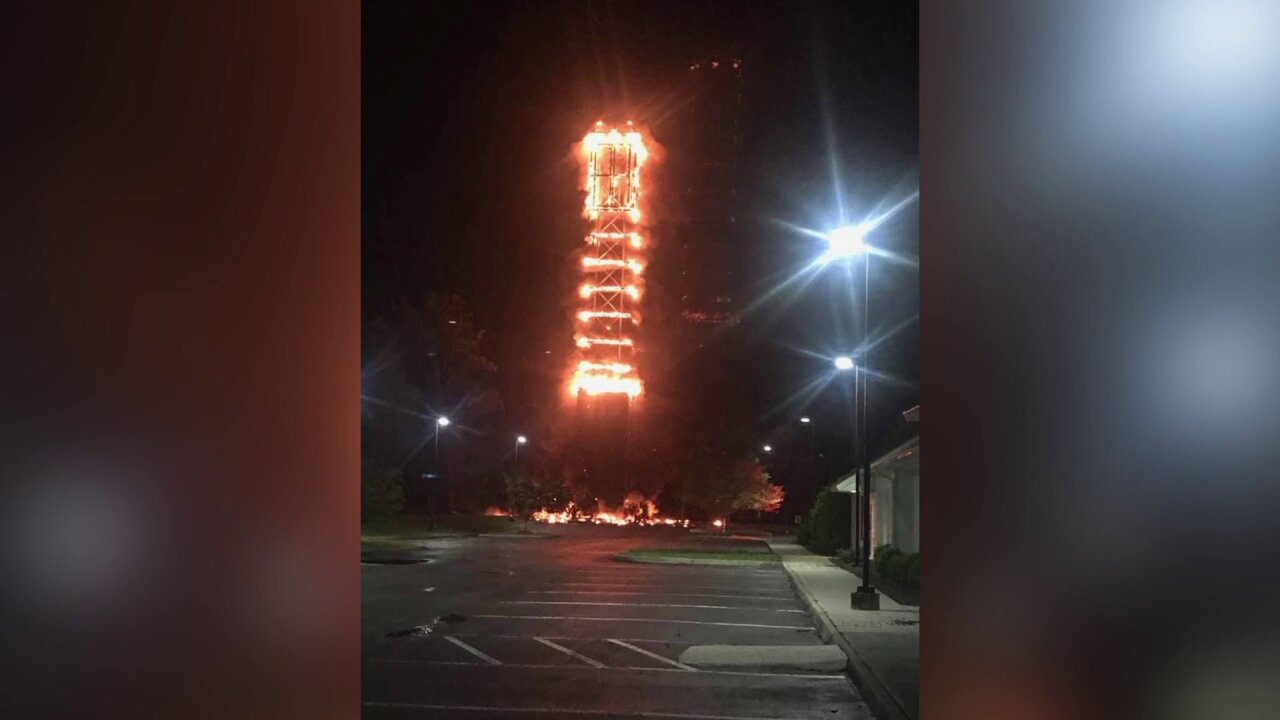 HANOVER COUNTY, Va. -- Cell phone service along New Ashcake Road in Hanover County may now be questionable due to a massive fire Thursday night that consumed a cellphone tower.

Neighbors living near New Highland Baptist Church on New Ashcake Road are lamenting over the cellphone tower that is so much more.

It's not the loss of the cell tower that concerns some neighbors like Cameron Cole.

"Well it actually looks like a church steeple," said Cole.

"That has been a blessing to the Church," said Reverend Rusty Mullins with New Highland Baptist Church.

The tower sits on church property.

"That gives us some extra income and it also has become our logo because it is such a recognizable part of our church here," explained Rev. Mullins.

A cell tower wasn't all that was hidden underneath the facade. So were speakers connected to the church.

"At noon and 6:00, it played hymns, usually about six minutes I think," said Rev. Mullins.

For Cameron Cole and her family who live nearby, the sound of the music had extra special meaning the past few months.

"It was very peaceful and during the quarantine that's been going on, we would enjoy hearing that on our back porch and it just kind of brought some peace and comfort during this time, especially since we couldn't get to our church," said Cole.

"It Is Sad," she added. "We didn't hear this morning and we're not going to hear it this afternoon, so it is already missed."

"It's been very comforting and they've been having their church service out on the lawn and you can hear them singing on Sunday Mornings, it's really nice," she added.

Fire investigators were on hand Friday, looking to determine the exact cause of the fire. There were storms moving through Central Virginia Thursday evening.

On Friday evening, Hanove Fire Investigators announced that that the fire was accidents and there is no criminal investigation underway.

"After an extensive investigation, there is no criminal investigation underway. We believe that this is an accidental fire as a result of electrical/mechanical issues," a spokesperson said.

Many neighbors also came by Friday and took pictures of the burnt-out frame.

"They're gonna miss it but we are looking forward, having it re-built and having that blessing continue," said Rev. Mullins.