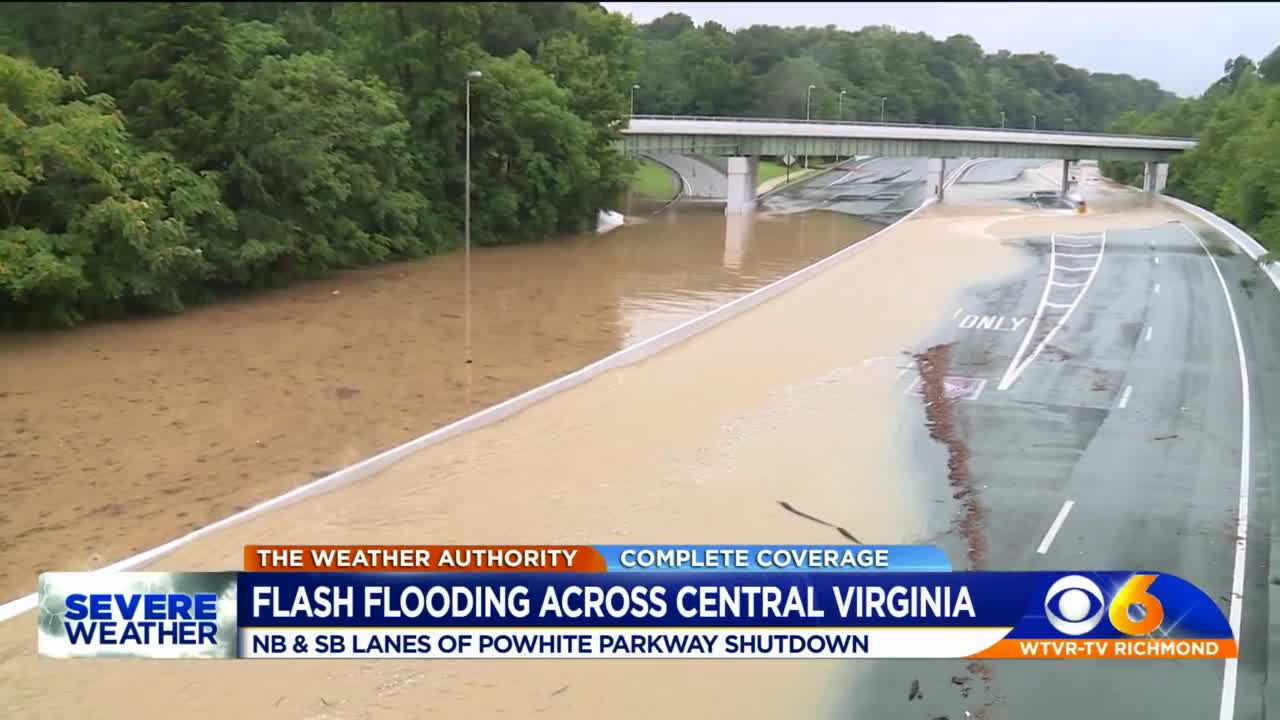 A detour is in place after flash flooding closed a stretch of the Powhite Parkway in Chesterfield County Saturday afternoon. 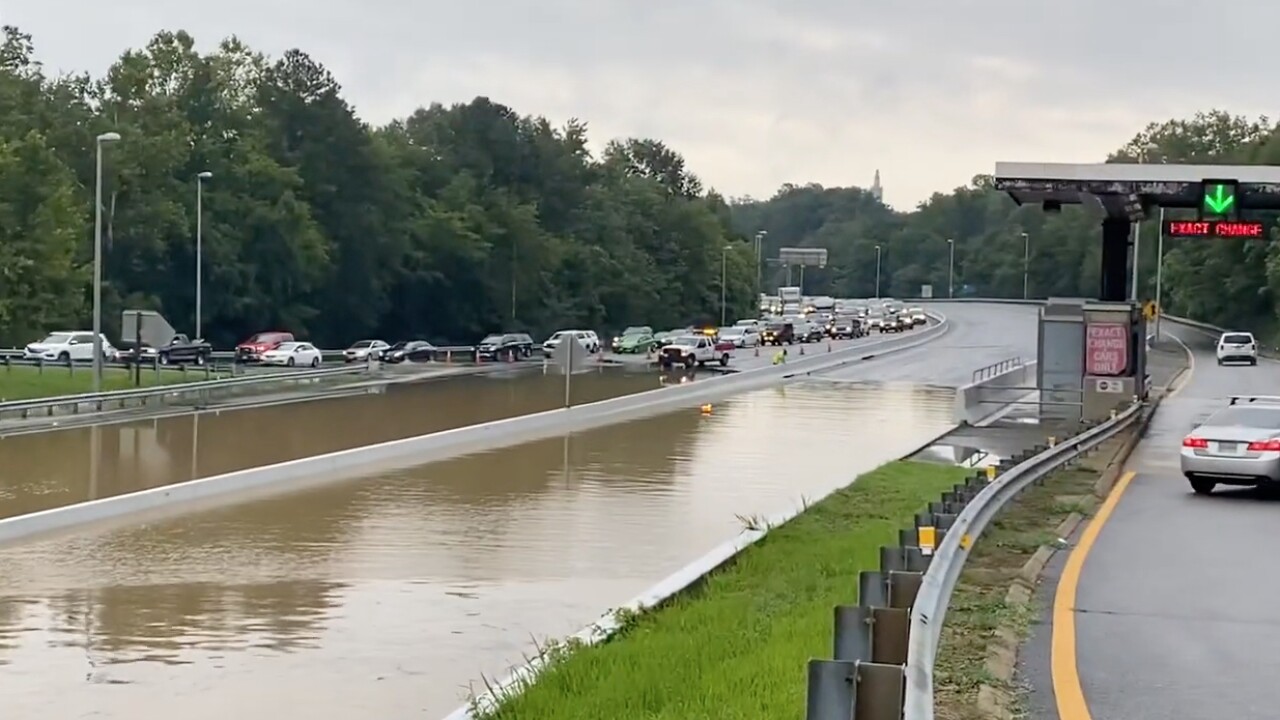 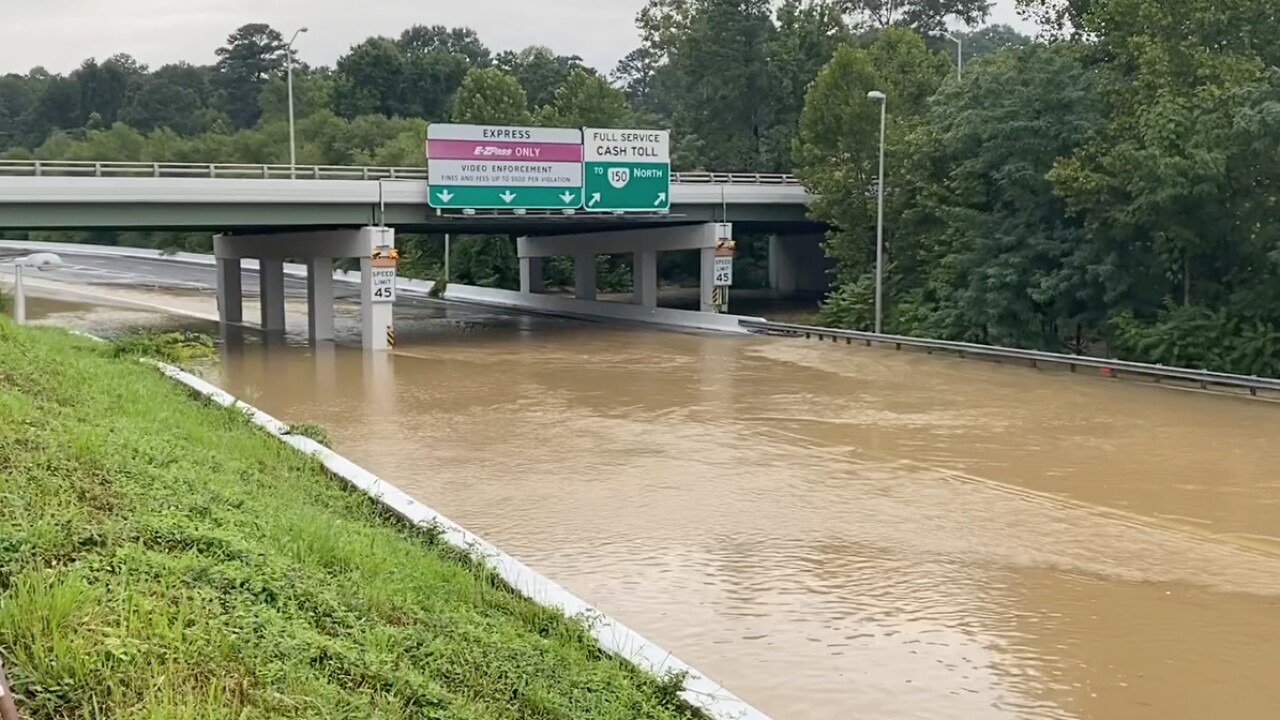 CHESTERFIELD COUNTY, Va. -- Detours were in place for hours after flash flooding closed stretches of the Powhite Parkway and Chippenham parkways in Chesterfield County Saturday, but both routes reopened Sunday.

VDOT officials said flooding had closed all lanes of the Chippenham Parkway near Route 1 as of 7:45 p.m. The ramps to Jefferson Davis Highway were also closed.

Officials later said the parkway would be closed overnight "until water levels have receded and crews have evaluated the road."

That stretch of the parkway had reopened by about 10:15 a.m. Sunday.

All lanes of the Powhite Parkway were also closed at the toll plaza near Chippenham Parkway due to flooding as of 4 p.m., according to VDOT.

Zack Hurst captured video of the flooding around 5:15 p.m. Saturday.

"River of water on the other side," Hurst said. "I don't know if you can see it very well through the trees, but boy you can hear it. My God. That is insane."

Powhite Parkway/Route 76 (Chesterfield) - All eastbound and westbound lanes are closed at the toll plaza near Chippenham Parkway (Rt. 150) due to flooding.

Additionally, the exit for Bank Street on I-95 in Petersburg was closed because of flooding.

"The closure will be in effect until water recedes," VDOT officials said. "Please plan accordingly and use an alternate exit."

A woman captured video of a high-water rescue around 11:30 a.m. after a driver got stuck on the flooded road.

Two people helped her to safety, the video shows.

· Never attempt to move or drive around road closure barriers, cones, or signs. Closures are in place for motorist safety, and crews will reopen the road as soon as it’s safe to do so.

· If you must travel, use headlights and windshield wipers to maximize visibility. Reduce your speed, as wet pavement can impact traction.