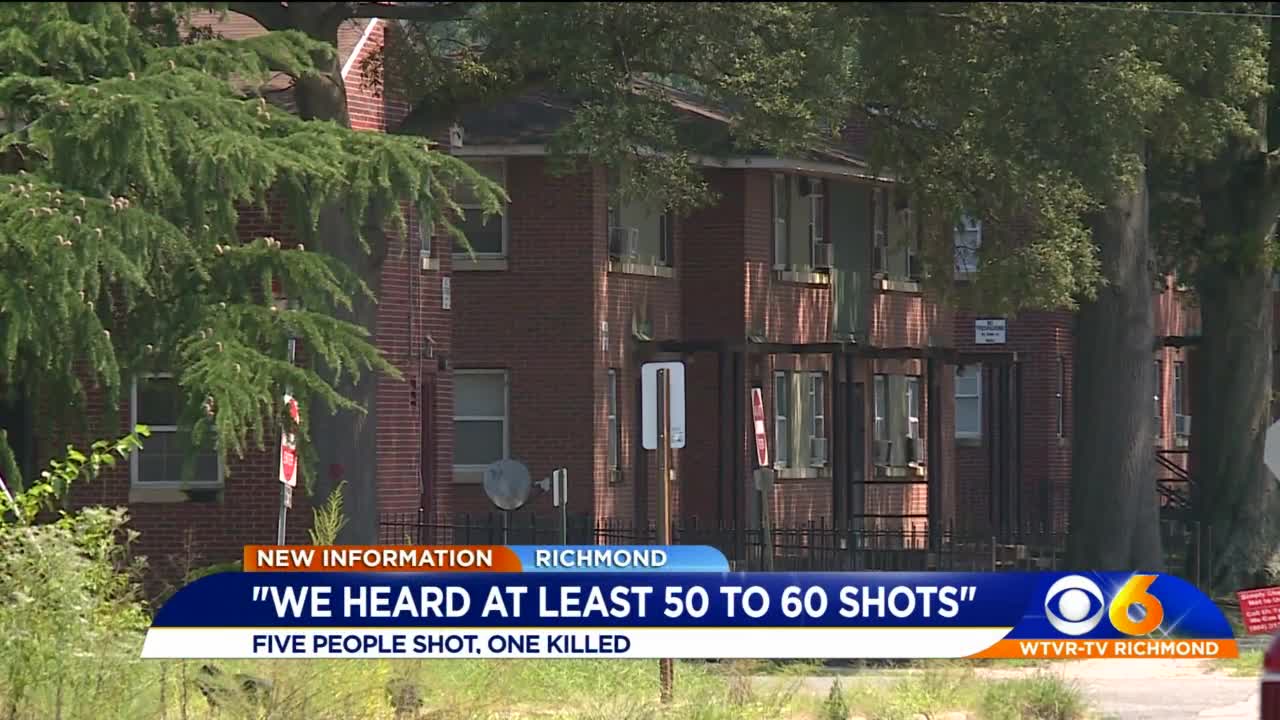 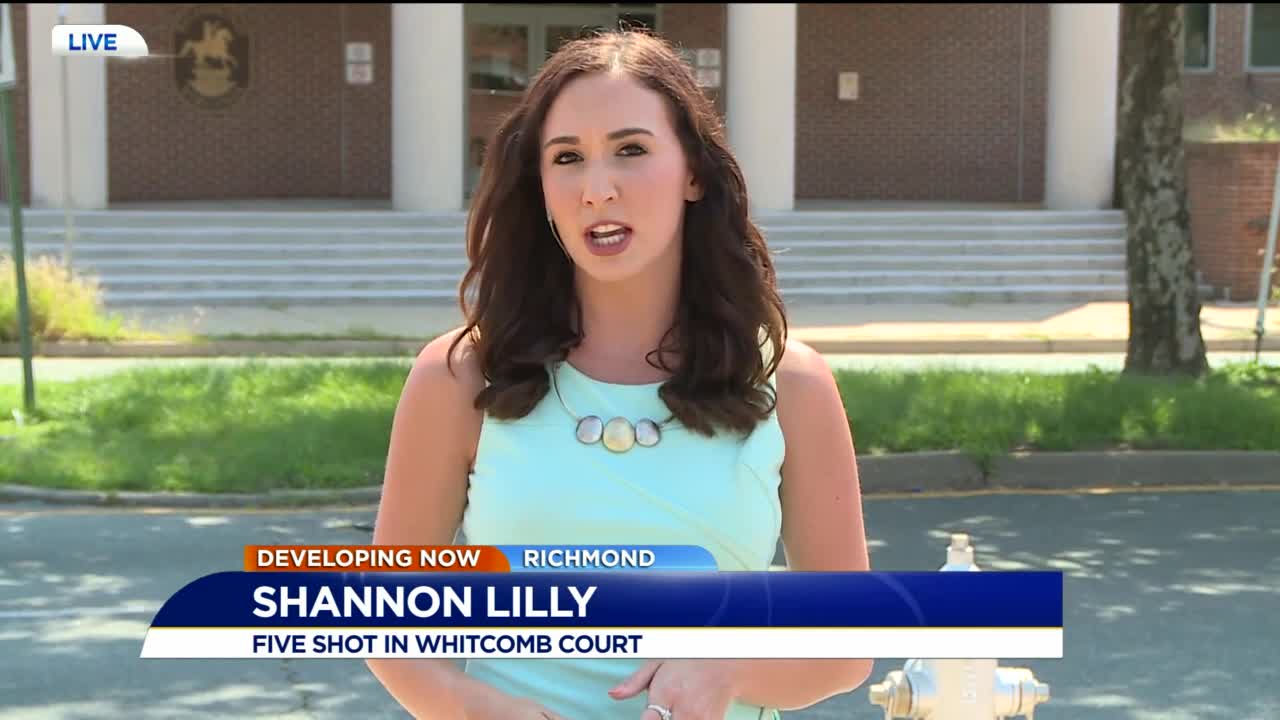 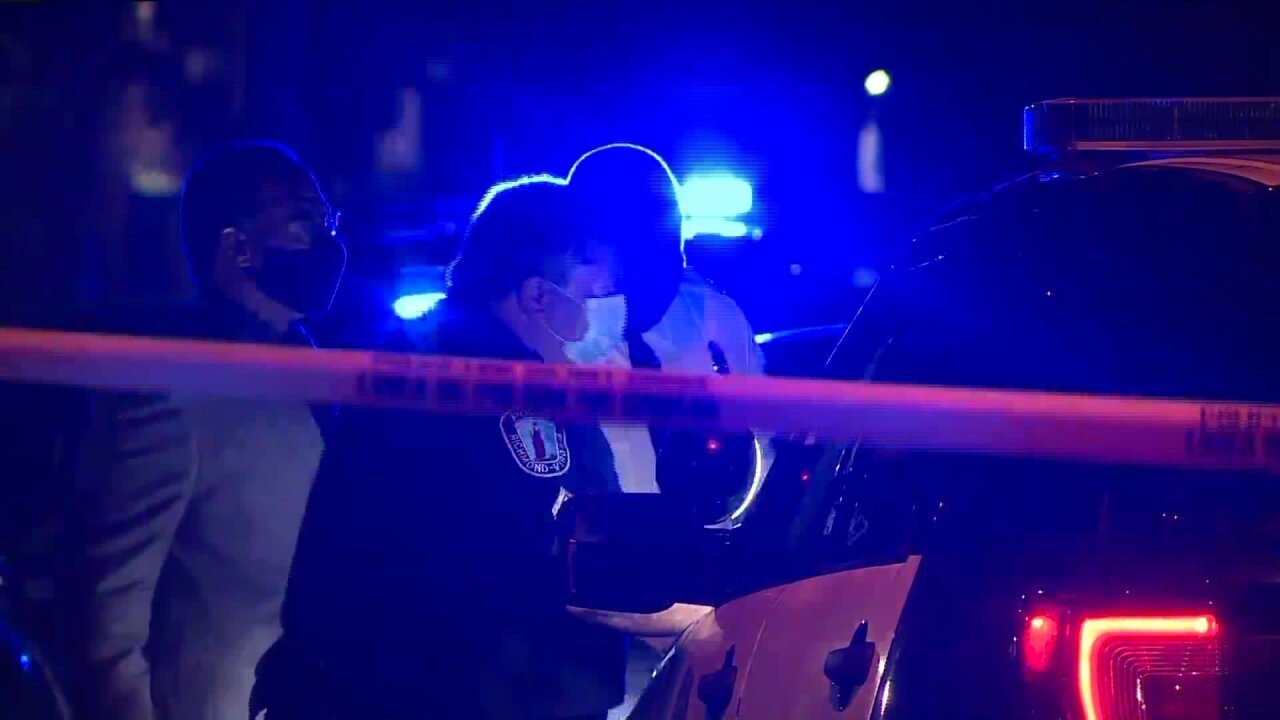 RICHMOND, Va. -- Richmond Police have identified the man killed during a shooting in Whitcomb Court that wounded four others on Monday night.

Around 8:35 p.m., officers responded to the 2300 block of Bethel Street for several reports of random gunfire.

Once on the scene, they found three men suffering from apparent gunshot wounds.

Police detectives have identified the victim as Timothy B. McMorris, a male in his 50s.

“Senseless gun violence destroys families and is a crime against our city. Our prayers are with the victims and their families. With the community’s help, we will bring those responsible to justice,” Mayor Levar Stoney said in a statement.

The Major Crimes division’s detectives are investigating the shooting.

“Despite the number of shooting victims and persons outside on Bethel Street at the time of the shooting, the police do not have a suspect description,” a release stated.

Martin Day was visiting a coworker about a block away when he heard dozens of gunshots.

“We heard at least 50 to 60 shots. There was a lot of shooting. It sounded like a couple of different types of weapons,” he recalled. “I got out of my car and took off, ran into the house and locked the door.”

Day described hearing gunshots fly by his vehicle as well as hit the neighbor’s home.

“When we left here there were kids all over. Kids outside playing down here, bunch of people outside. What if these people were outside when it happened and ended up getting caught in the crossfire?” Day asked.

The Forensics Unit collected evidence and First Precinct leadership and Command Staff through the Chief of Police responded to the scene.

Tuesday morning, evidence of the shooting was still visible from the street.

Three vehicles and two homes were damaged by the gunfire, according to police.

Police did not release a possible motive nor the relationship of the victims.

Anyone with information about this incident is asked to call Major Crimes Detective G. Bailey at (804) 646-6743 or Crime Stoppers at (804) 780-1000. The P3 Tips Crime Stoppers app for smartphones also may be used. All Crime Stoppers reporting methods are anonymous.

RRHA: ‘They want to feel secure.'

Fountain said the housing authority's public safety director has been in contact with people living in their public housing and has put together a steering committee made up of representatives from public health, public safety, human services, law enforcement, and Richmond Public Schools -- all working to try to prevent future violence.

"This group has been convened to actually talk about the systemic causes and how to address those causes, so we don’t get to a point where we’re having the violence that we’ve seen over the last couple of weeks," Fountain said.

She also added that RRHA has cameras set up in their public housing, which help police in investigations like these.

"As a matter of fact, when those cameras are, let's say damaged for instance, or if someone sees them and does something to them, they are basically repaired almost within 24 hours," Fountain said.

Fountain said violence in public housing neighborhoods is often-times not caused by people who live there.

“I think that’s very important to note because our families want to feel safe like any other neighborhood. They want to feel secure," said Fountain. "Sometimes there’s a perception about what is taking place in public housing but the majority of the time it's not done by those who live in our communities."

Councilwoman Ellen Robertson, who represents the neighborhood and District 6, released a statement to CBS 6 in regards to Monday night's violence.

"My deepest condolences go to the family and friends of the life that we lost last night in Richmond. Too often are we hearing and seeing the pain of families being traumatized and their lives changed instantly, due to gun violence.

This is not their fight alone. People shouldn’t have to live in their own community and be subject to drive-by shootings and tolerate this level of gun violence that we are experiencing. The Richmond Police Department says the protesting and civil unrest that we are witnessing is priority. But we need good public safety in our neighborhoods.

The pain of our community is not a joke. Gun violence is a public health issue, and it’s taking a toll on our community. Anyone can be affected by gun violence but in certain situations gun violence disproportionately impacts communities of color, women and other marginalized groups in society – and this is what we are dealing with.

I am deeply concerned. We must act now. We cannot continue down this path."