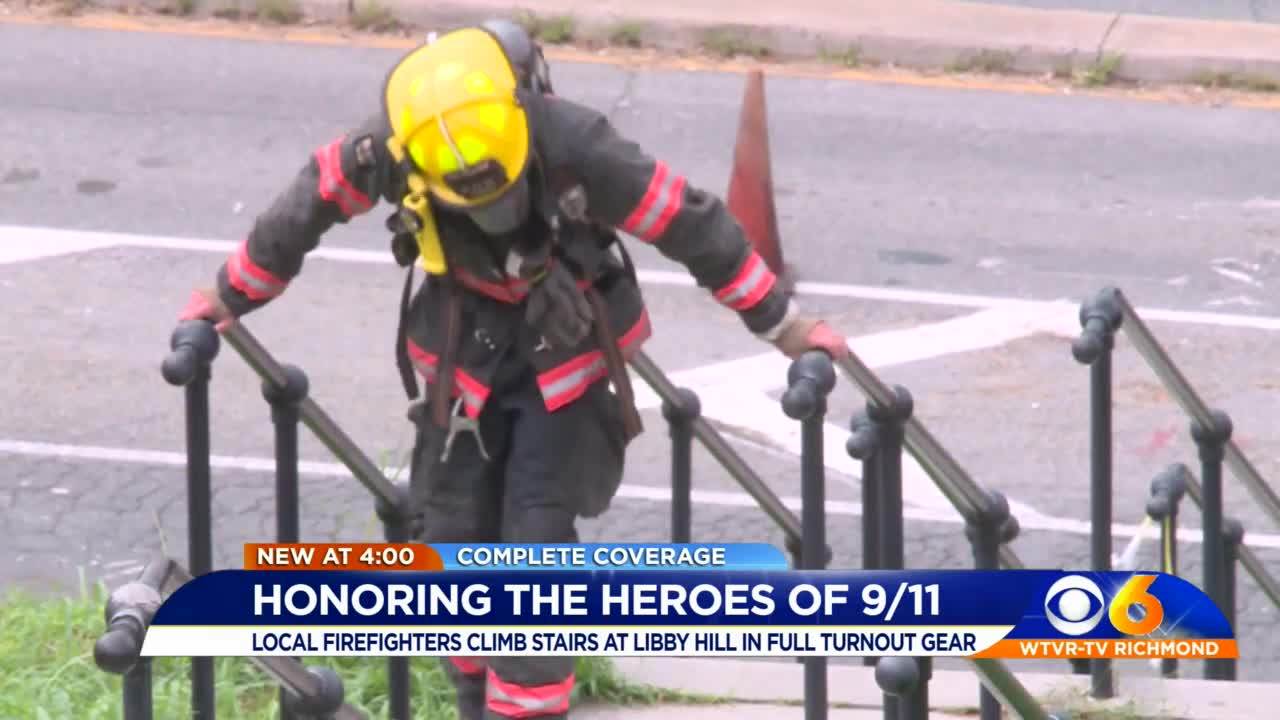 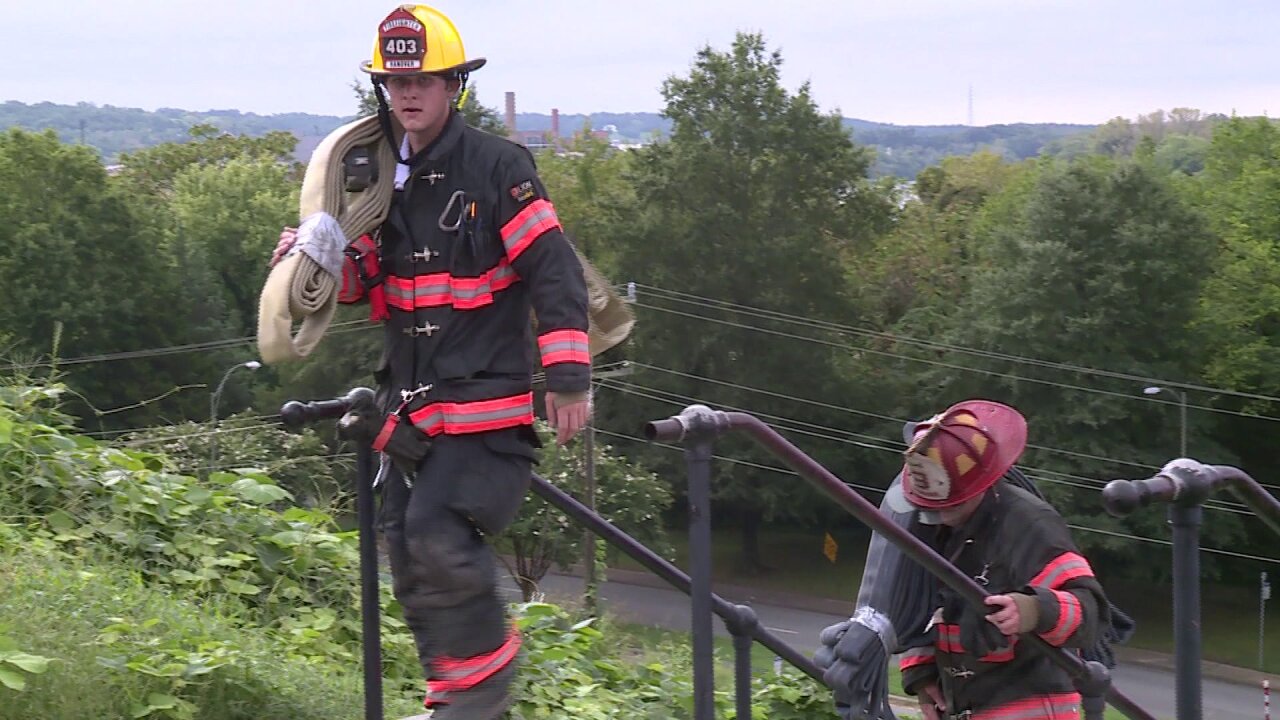 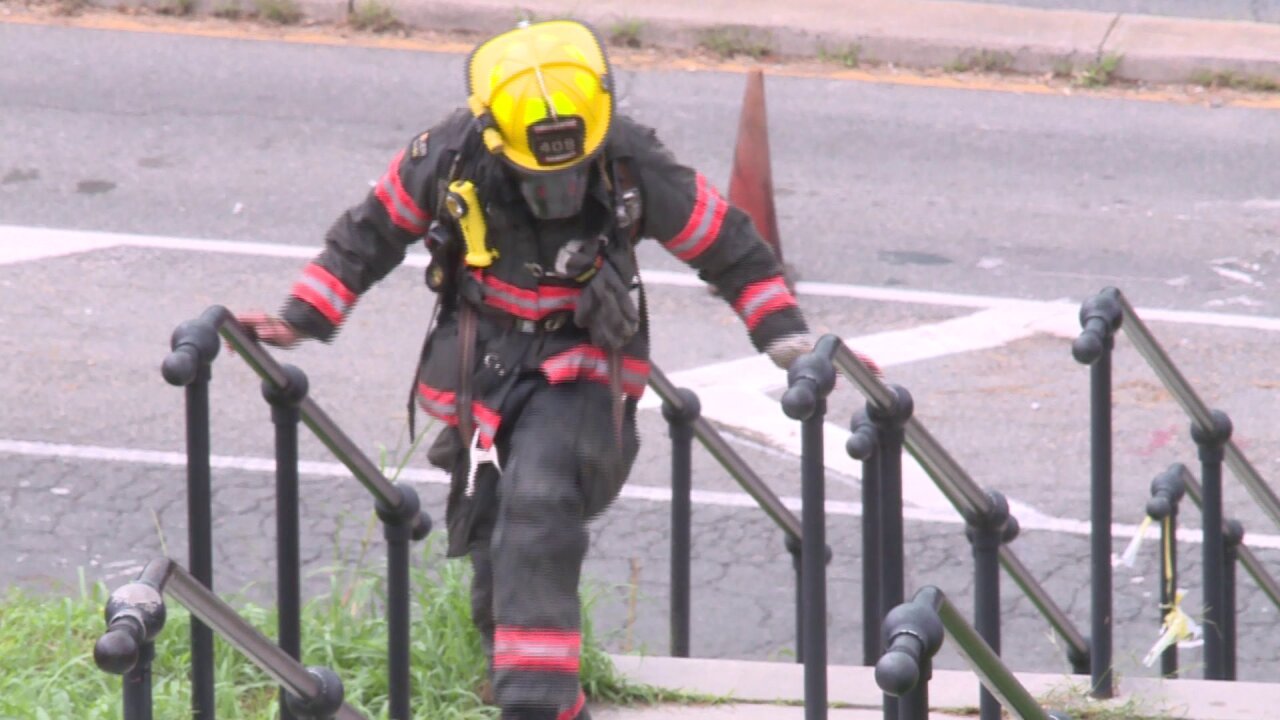 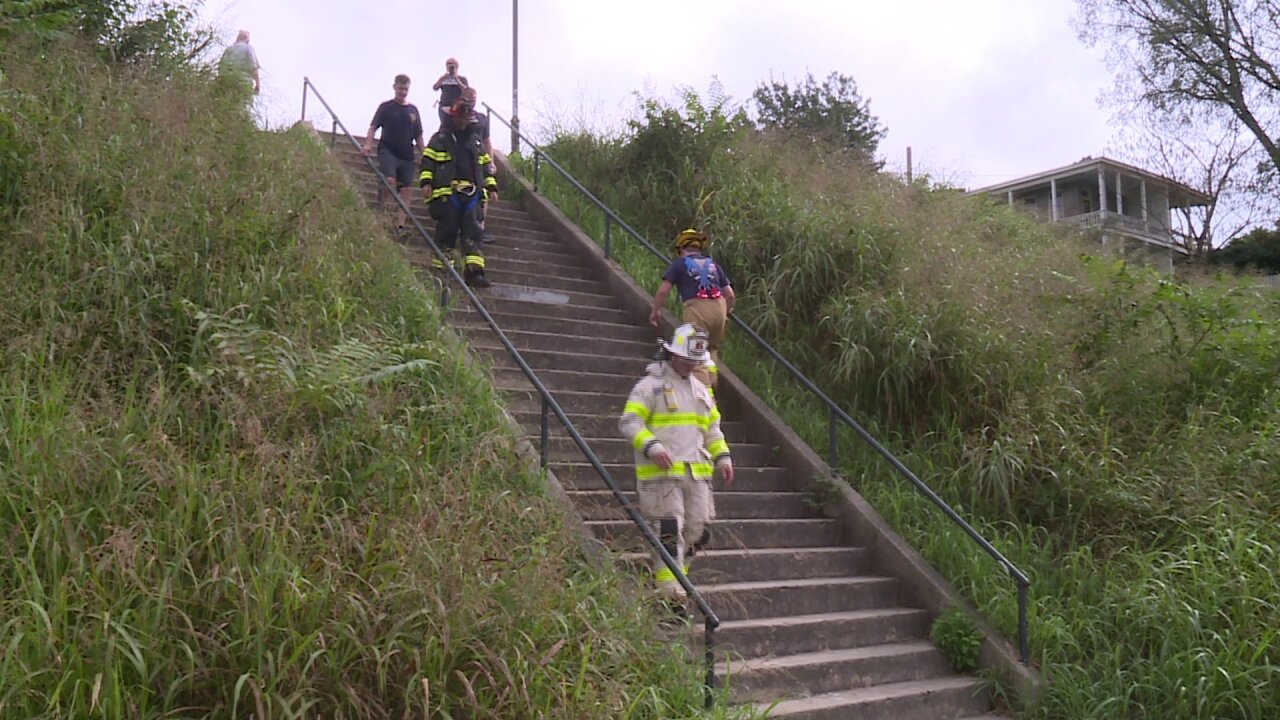 RICHMOND, Va. -- A group of firefighters from across Central Virginia came together Friday morning to honor their comrades who lost their lives on September 11, 2001.

The group included firefighters from Richmond, Chesterfield, and Henrico, among others. The group says they typically meet at Libby Hill Park stairs as a way to stay in shape and keep in touch with each other.

But Friday was the second year that the group decided to hold a stair climb to commemorate September 11.

Some firefighters did the climb in full gear or while carrying fire hoses.

"Usually we do 10 rounds, but, today we do 13 for 110 floors and then in-between we’re doing 13 push ups at the bottom and 13 push-ups at the top to do 343 push ups. Basically, just to honor the fallen," said Lt. Leigh Bolick with Hanover County Fire & EMS.

The number 343 holds special significance. It's the number of firefighters who died in New York City on 9/11.