'For her to be gone this long... something isn’t right.' 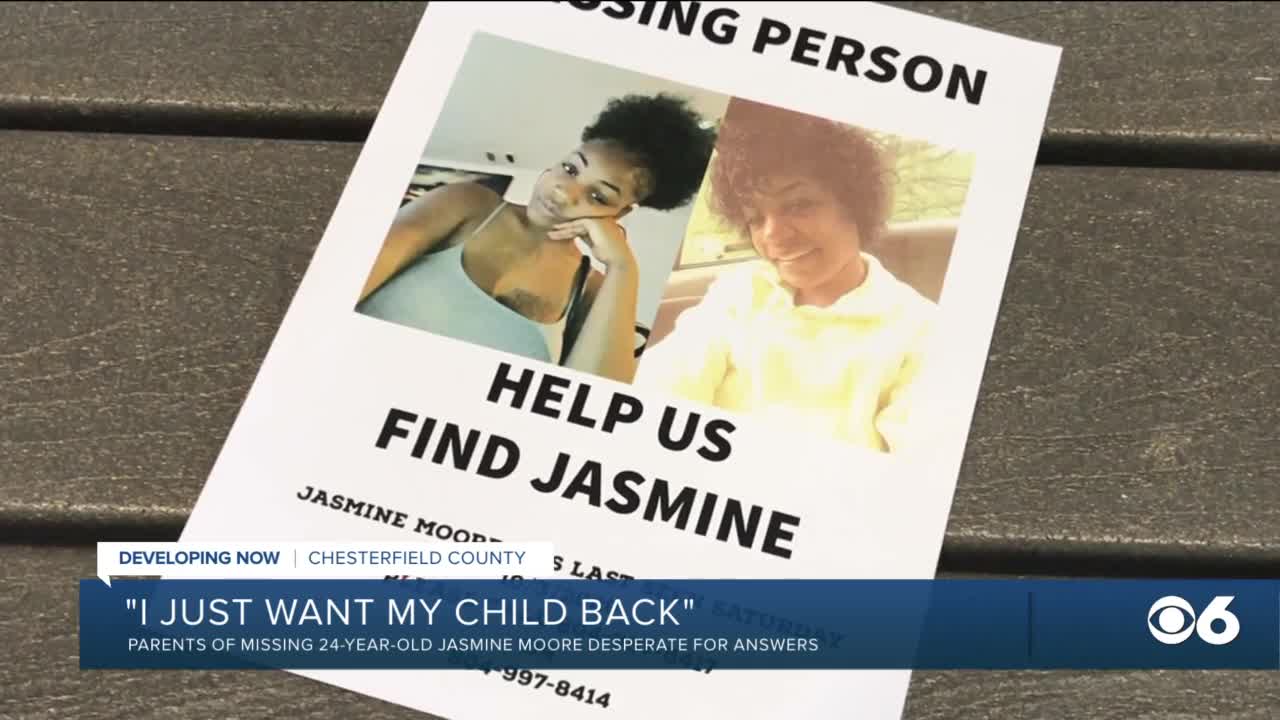 Jasmine Moore was last seen by her friends at her home on the 20100 block of Rowanty Court late Saturday night on October 3, according to police. 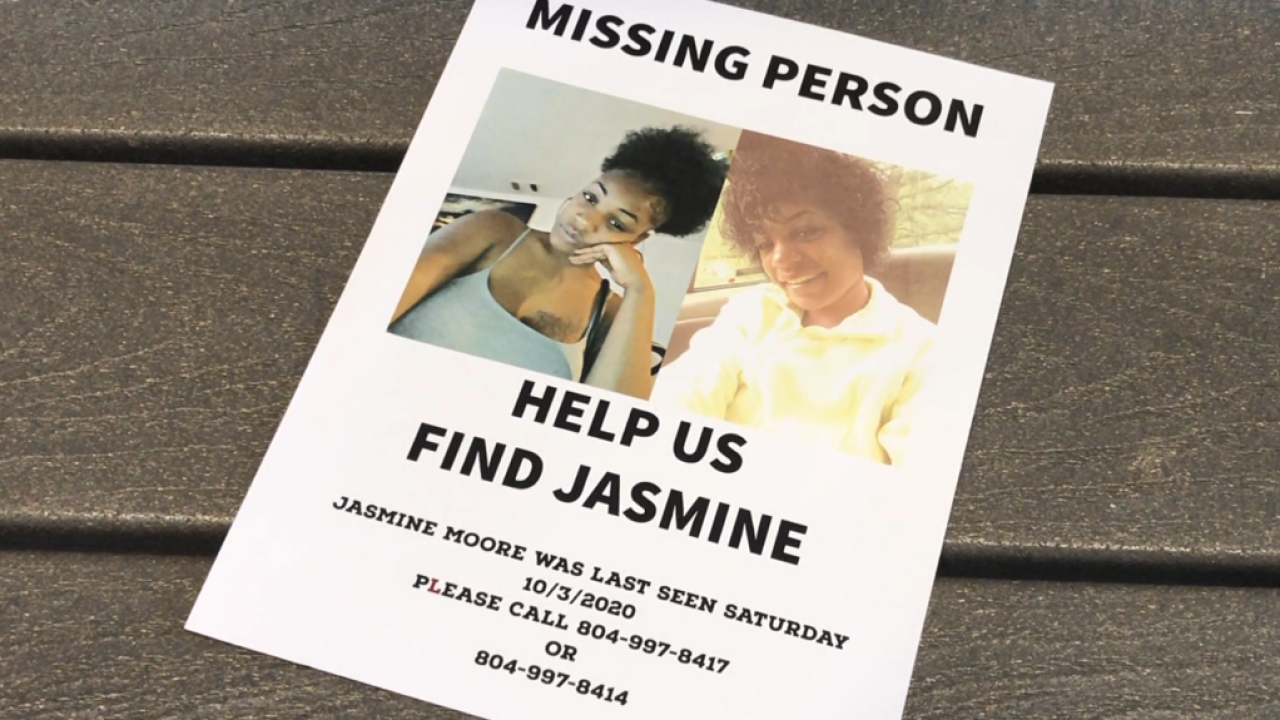 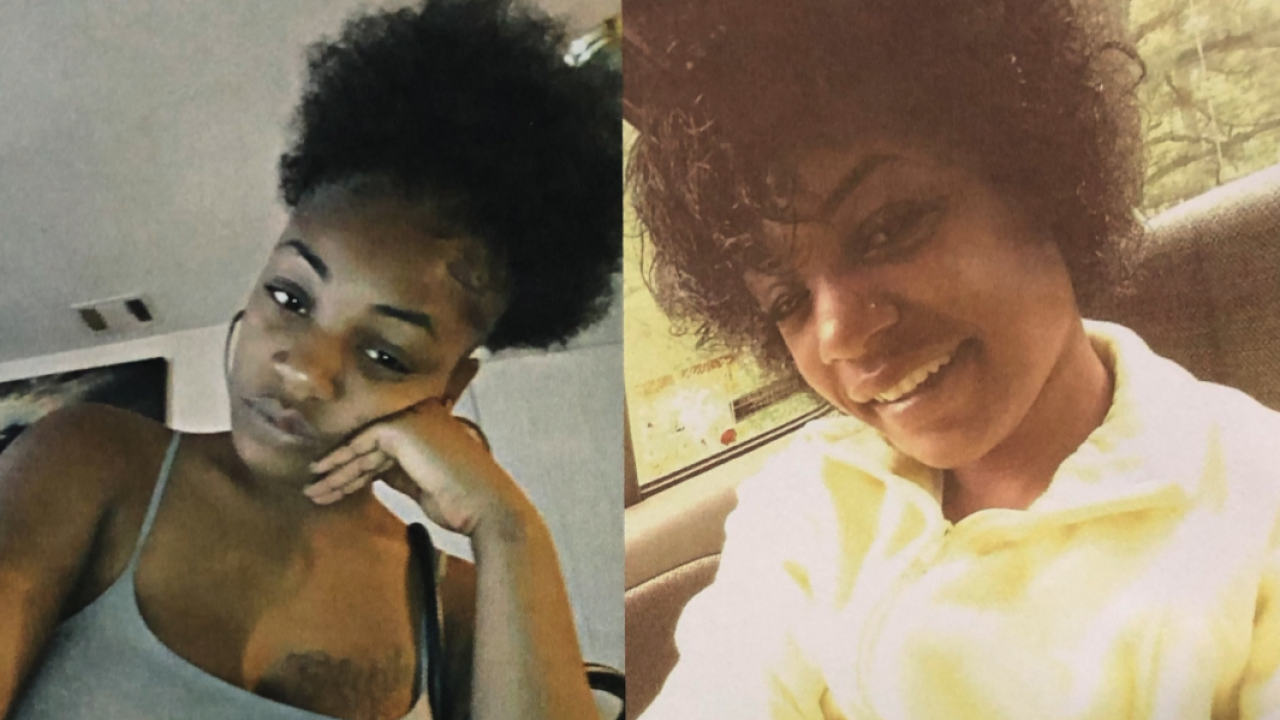 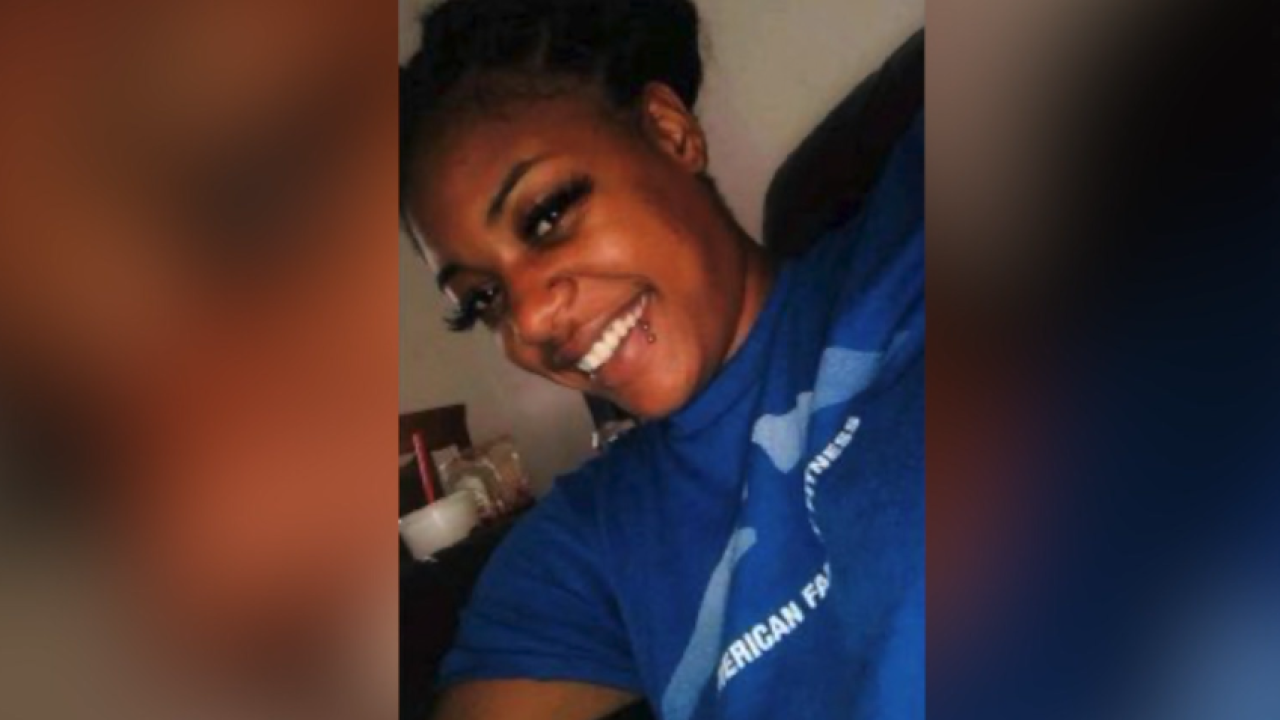 CHESTERFIELD COUNTY, Va. -- On Saturday, two weeks will have past since friends and family last seen or heard from 24-year-old Jasmine Moore.

The Chesterfield mother was last seen by her friends at her home on the 20100 block of Rowanty Court late Saturday night on October 3, according to police.

Moore’s parents, Lucinda and Dwight Jordan, have since printed missing person fliers with hopes of finding her.

They described their daughter as happy, bubbly, and kind.

Moore’s young children ask when their mother is coming home.

“I got to tell them that she’s talking to Santa Claus about their Christmas gifts,” Lucinda said through tears. “This is a hard pill to swallow. I don't wish this on nobody. Bring her home. Let her go.”

Lt. Brad Conner said a Prince George County officer spotted the car on the northbound on-ramp of Interstate 95 near exit 45.

“There were no keys in the vehicle,” Conner stated. “That vehicle has been seized. We’ve looked through it and are trying to see if there’s anything in the vehicle that may lead to her whereabouts.”

Moore is described as 5 feet 8 inches tall and 180 pounds. She has black hair and brown eyes.

Anyone with information about Moore's whereabouts should contact the Chesterfield County Police Department at 804-748-1251 or Crime Solvers through the P3 app.