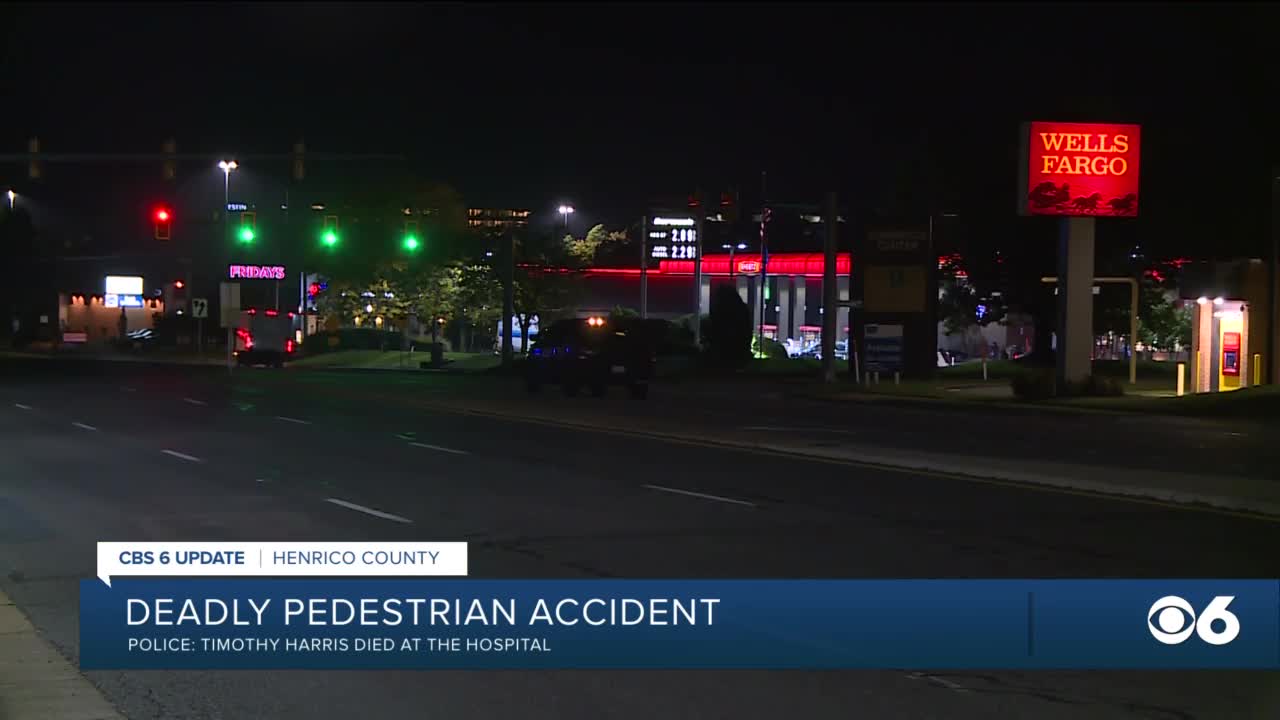 A 52-year-old man was hit and killed on West Broad Street in Henrico late Thursday night.

A driver struck Timothy Harris at about 11:20 p.m. near the intersection of West Broad Street and Emerywood Parkway in Henrico's West End, according to police.

"The driver of the pickup remained on scene and is cooperating with the investigation. Speed and alcohol are not believed to be factors on the part of the driver," a Henrico Police spokesperson wrote in an email about the incident. "It is unknown if the victim was under the influence of drugs or alcohol. Henrico Crash Team Detectives responded and are handling the investigation."

Police have not yet said whether Harris was crossing the street, walking in the roadway, or walking along the side of the road.