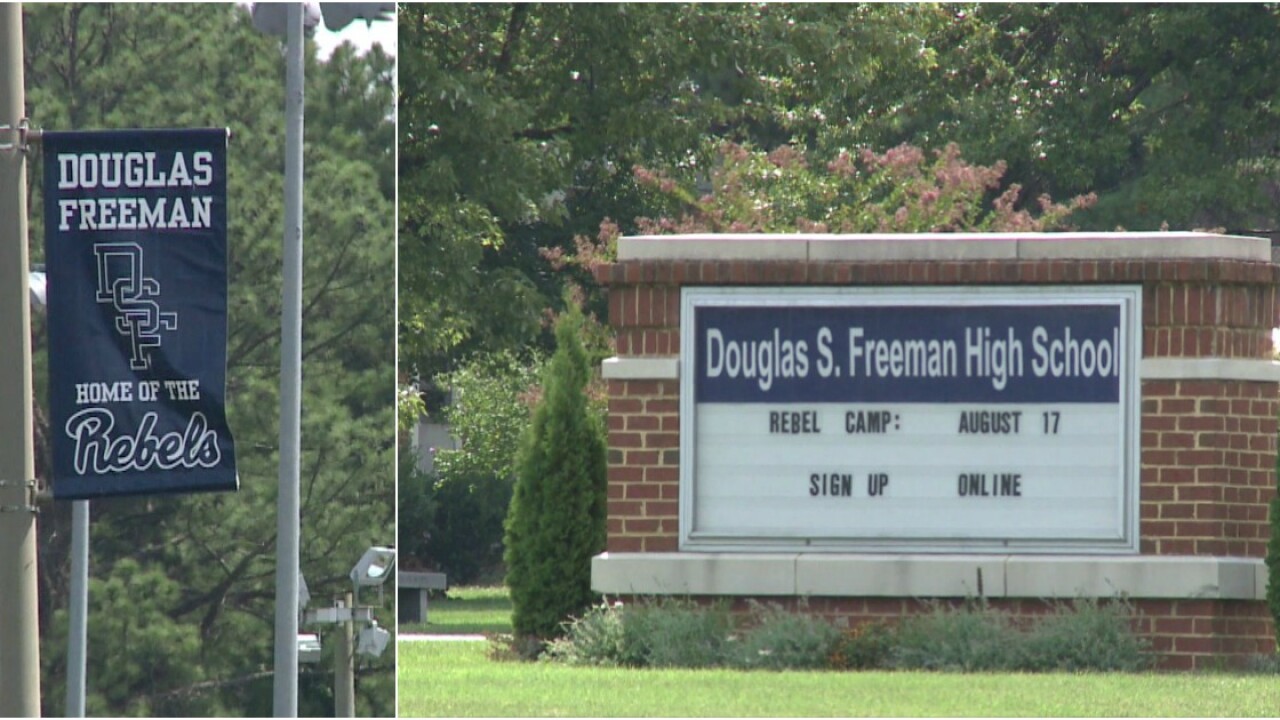 HENRICO COUNTY, Va. -- Douglas S. Freeman High School has announced the four mascot finalists to replace its "Rebels" nickname. The school announced in August that it was retiring "Rebels" after a comprehensive review.

Since then, members of the DSF community have been working with a team from VCU’s Brandcenter led by Freeman alumni to identify their "core values" and establish a "more inclusive nickname."

After a month of researching, the group selected four nicknames for public feedback.

The four finalists are: Mavericks, Pioneers, Trailblazers and United.

"These names came about because they, in different ways, match the core values that the Freeman students and community shared with our team: Family, Pride, Excellence, Intensity, Diversity, Community, Independence, Tradition and Leadership," Principal John Marshall said in a message to families.

"Each name on the short list was generated by a community member and, in different ways, fit the criteria that our community and students said we were looking for in our new moniker: an enduring connection, a collective identity, purposeful and forward movement, retaining the independent spirit of our old name, and being unique yet timeless."

For more information about the names and why they were chosen, click here.

Principal Marshall says they will use the student and community feedback to guide their final decision which will be announced the week of November 9.