One person has been hospitalized and multiple residents have been displaced after a fire broke out in an apartment at a high-rise senior living facility in Richmond Saturday night.

RICHMOND, Va. -- One person has been hospitalized and multiple residents have been displaced after a fire broke out in an apartment at a high-rise senior living facility in Richmond Saturday night.

Crews were dispatched to the Dominion Place apartments at 1025 W. Grace Street around 8:15 p.m.

When firefighters arrived they found heavy smoke and fire coming from an apartment on the building's fourth floor.

That crew extinguished the "bulk of the fire" before a second-alarm was called and the blaze was marked under control, officials said at 9:45 p.m. 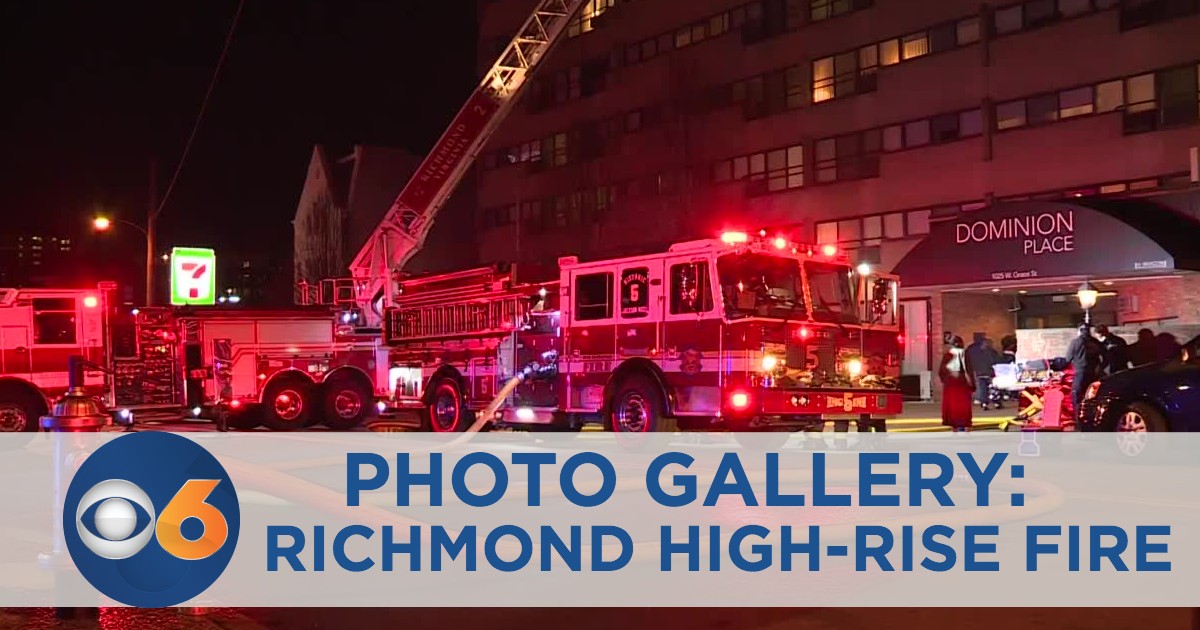 One person was transported to an area hospital to be treated for smoke inhalation, according to firefighters.

"Multiple individuals will be displaced as a result of the fire," officials said.

There was no word yet on what caused the fire.

The high-rise is "designed for seniors 62 years of age or older and individuals with disabilities," according to the facility's website.