Do you know this woman found in a Chesterfield landfill? 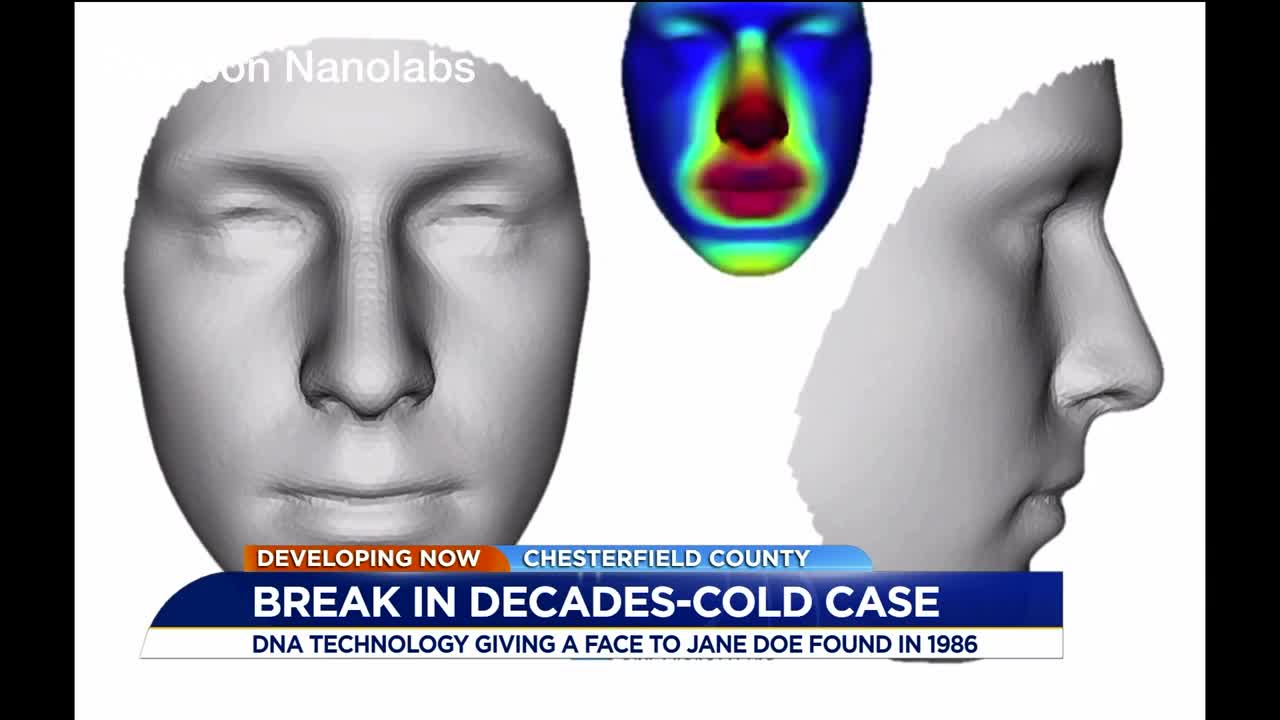 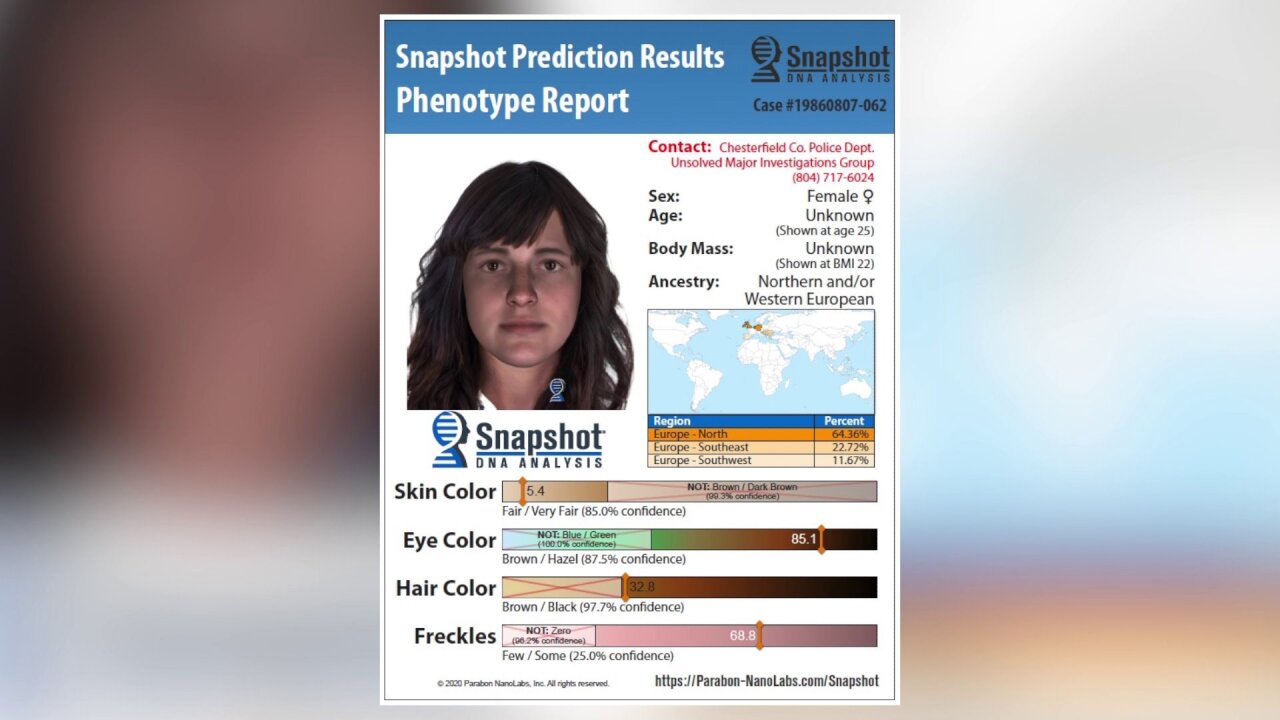 CHESTERFIELD COUNTY, Va. – Detectives have released an image of what a deceased woman may have looked like more than 30 years after her body was discovered at a Chesterfield County landfill.

On August 7, 1986, workers unloading trash discovered human remains in a landfill off Route 10 in Chester, according to Capt. Jay Thornton.

Police then determined the partial remains were picked up from a School Street garbage transfer station in Richmond.

Last month, Thornton received a “prediction” of what she may have looked like at 25-years-old and of average body-mass after sending her DNA to Parabon NanoLabs in Northern Virginia.

“It’s game changing as far as being able to put a face that in all likelihood is what she looks like or looked like in 1986,” Thornton explained. “This is certainly been one that’s been at the top of the list.”

Thornton first joined the investigation as a sergeant in 2007. Detectives knew the body belonged to a Caucasian female, but the new image has now expanded their case.

Dr. Ellen Greytak, the company’s Director of Bioinformatics, helped develop the DNA Phenotyping technology that has been available to law enforcement for about five years.

“What we are doing is taking that same crime scene DNA and looking at it saying, ‘Oh, there’s some pieces there that code for brown eyes and not blue eyes,’” Greytak stated. “We think about the DNA in a completely different way than traditional forensics.”

Using this new information, detectives determined she may have had ties to Richmond, Charlottesville, Buena Vista, Lynchburg, and Baltimore.

“These are so tragic,” Greytak said. “There’s a family out there that’s been wondering since 1986 what’s happened to their sister or their daughter.”

"Chesterfield County investigators and the Office of the Chief Medical Examiner have ruled out multiple missing persons through extensive investigative techniques, including DNA comparisons," the police spokesperson continued.

Anyone with information about the woman's identity was asked to call Chesterfield County Unsolved/Major Investigations Group at 804-717-6024.