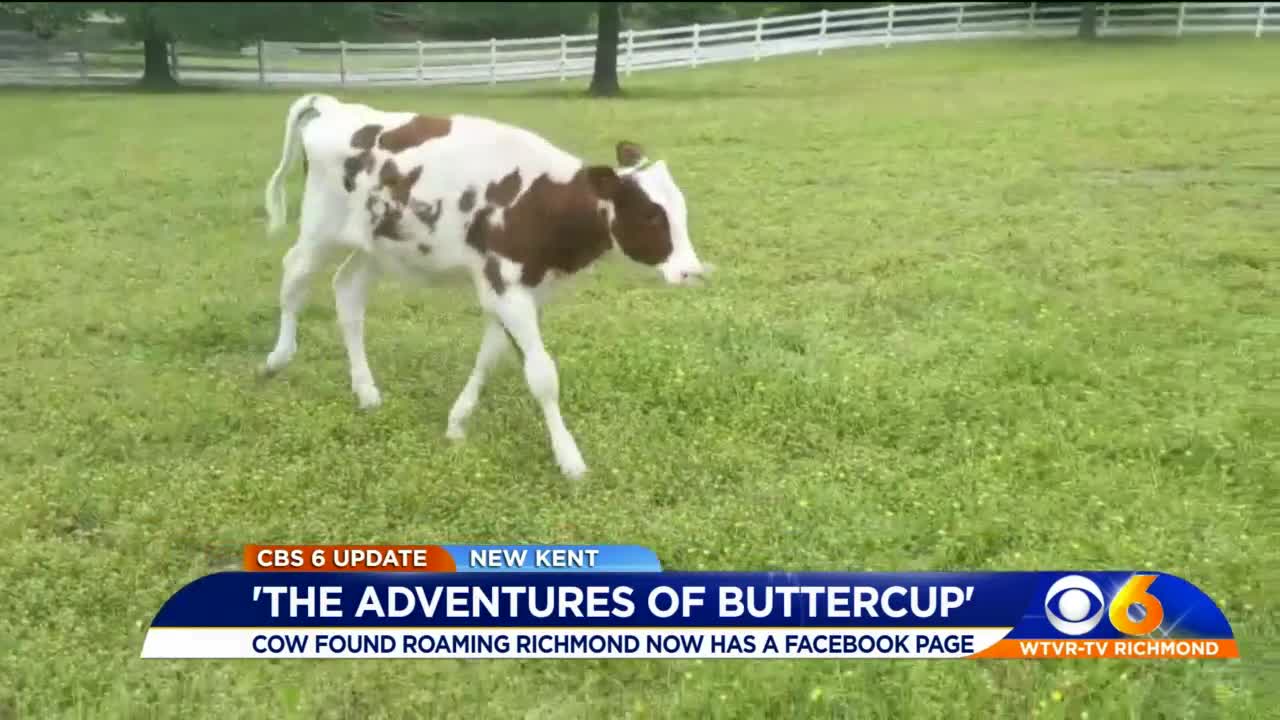 "Buttercup hands with the horses." 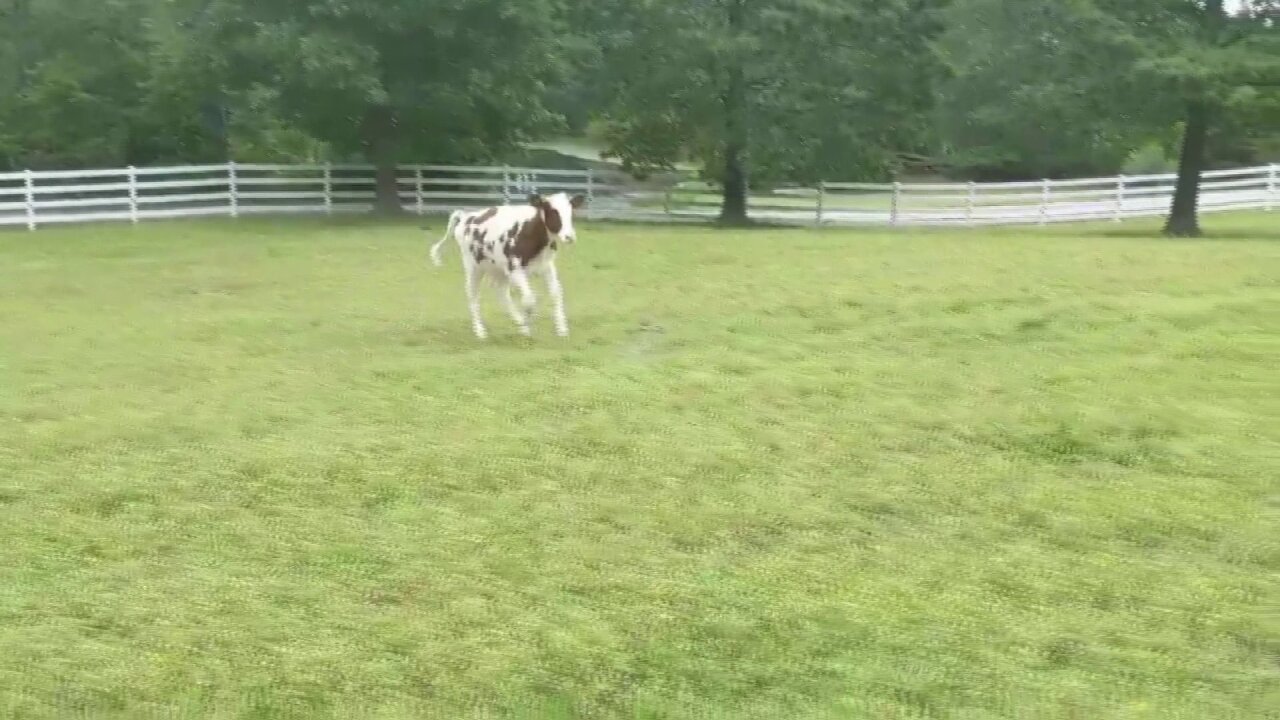 The calf was lassoed and quickly captured by Richmond Animal Care and Control (RACC) Officer Leech after help from several neighbors along Barton Avenue on Richmond's Northside last Saturday.

RACC Director Christie Chipps-Peters said the calf appeared to be familiar with humans, but skinny.

“I don’t know if she was dumped there or hidden there for someone to pick up. She wasn’t there for very long,” she explained. “We really want to know where she came from and what happened.”

RACC named the calf after the flowers found on Barton Avenue where she was captured.

The family that adopted Buttercup, who owns a 32-acre farm in Barhamsville, created a Facebook page so folks can follow her adventures.

Video posted to "The Adventures of Buttercup" page shows just how much she is enjoying her new field.

"Buttercup was enjoying the cool breeze and feeling good this morning," the post reads.

Her family said she feels great, is meeting other animals and is getting lots of love on the farm.