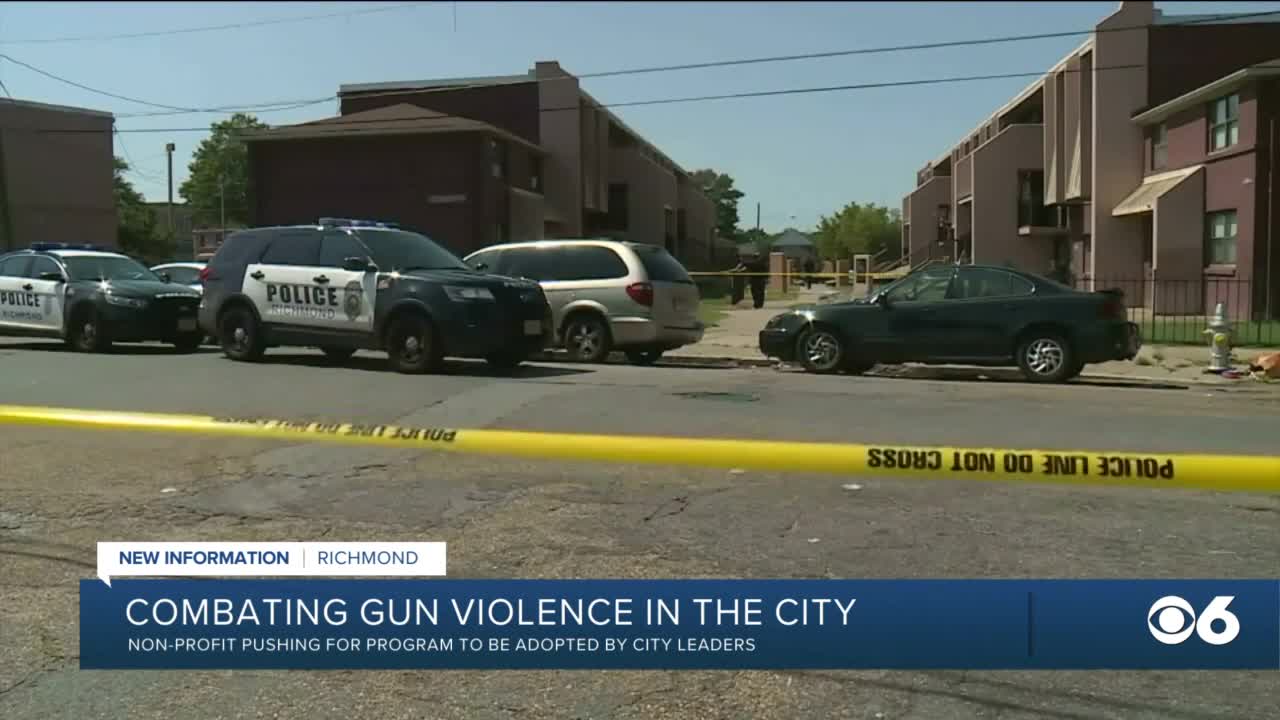 RICHMOND, Va. -- Members of the nonprofit Richmonders Involved to Strengthen Our Communities (RISC) have made it their mission to be a part of the solution when it comes to gun violence in Richmond.

“Lives are being lost here almost on a daily basis and we can’t afford to wait,” Nancy Kunkel, with RISC, said.

The organization’s members are disappointed that Richmond Mayor Levar Stoney did not agree to fully adopt and implement the Group Violence Intervention program that RISC suggested.

Instead, Mayor Stoney opted to combine components of GVI and two other similar programs.

“The urgency is just not there,” Pastor Ralph Hodge said.

He’s convinced the mayor’s plan to combine elements from three programs will not work.

“In speaking with the people who created them, those programs are designed to be done in a certain way. There’s a process to follow to get the results that you want, which is a reduction in gun violence," Hodge explained. "We are concerned the mayor doesn’t have an expert in the city that can take those plans and coordinate them into one plan."

RISC asked the mayor to allocate $70,000 for a six-month introductory period.

That would have allowed the city to bring in the Group Violence Intervention consultants who would have helped the city implement a plan to carry out the GVI strategy.

When asked about his plan to curb gun violence and his decision to forego the full GVI model, Mayor Stoney told CBS 6 it was not a one-size-fits-all situation.

“It can’t be a plug and play. You can’t grab something from Detroit, or Chicago or a program from Philadelphia and think that it will automatically work here in Richmond," Stoney said. "So we are going to build a model working with community members that fits the needs of Richmond."

Hodge and other RISC members said their nonprofit extensively researched GVI and first presented the plan to Mayor Stoney in February.

They call it an evidence-based program that has reduced homicides in other cities.

“We are taking a deeper dive into each program and will bring out the strength of each one, using that to build our own," Mayor Stoney explained. "I think that’s the right thing to do”

While he didn’t give a specific timeline on when he would have a gun violence prevention plan up and running in the city, he said it was a priority.

Meanwhile, more than 500 RISC members said they planned to hold a weekend of mourning in the coming days to reflect on the loss that so many people in the community are experiencing.

“We are so disappointed and we are grieving. We are calling for a weekend of mourning October 23 through the 25. Not only to remember the victims but to remember the families. We also want to pause and recharge ourselves and continue the fight,” Hodge added.