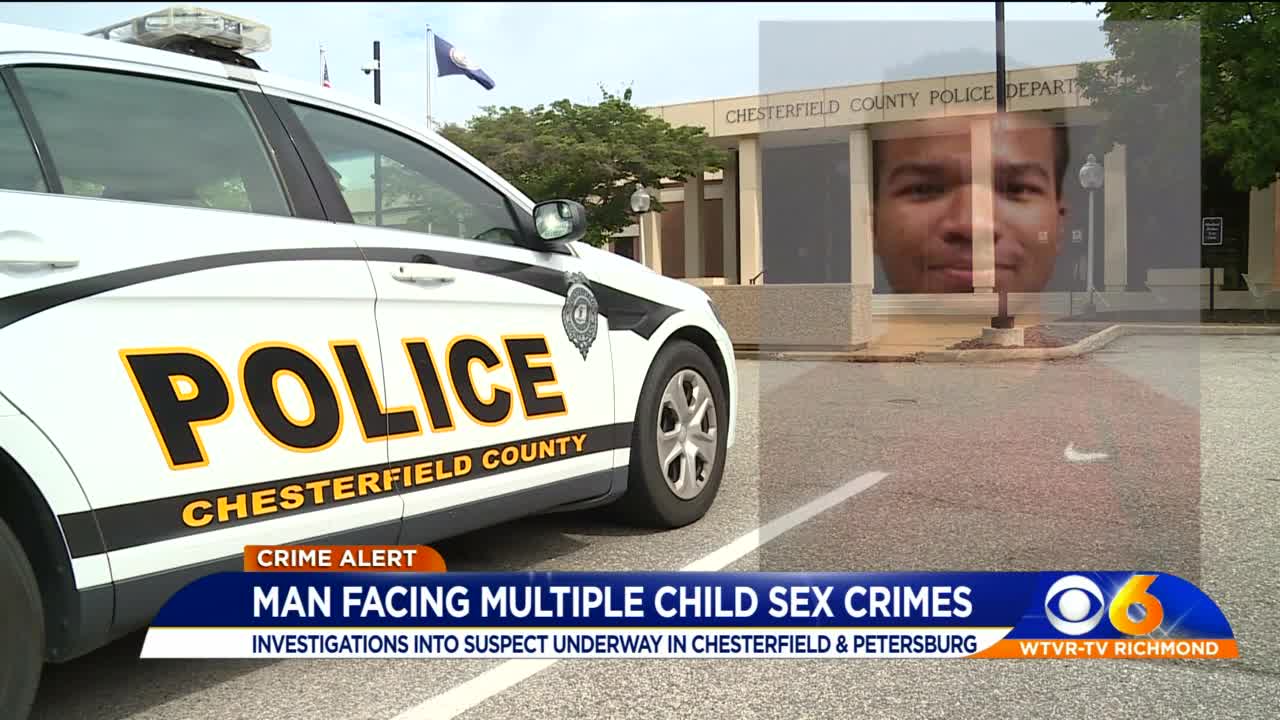 A 23-year-old man has been arrested for allegedly sexually assaulting a 13-year-old girl.

CHESTERFIELD COUNTY, VA – A 23-year-old man has been arrested for allegedly sexually assaulting a 13-year-old girl.

Jordan W. Slater, 23, was arrested and charged with carnal knowledge of a child, according to Chesterfield Police.

"So in this case, a juvenile female was contacted by Mr. Slater, via social media," Chesterfield Police Sgt. Mike Agnew said. "The investigation indicates they developed some sort of relationship and eventually that relationship led to the alleged assault."

Slater, according to the police, also asked the 13-year-old girl to send him sexual photos of herself.

He is accused of similar crimes in Petersburg and police are investigating whether not there are other potential victims.

"Usually when somebody's caught in a situation like this, it's unlikely that it's their first instance of assaulting or attempting to assault against a minor," Agnew said. "Parents [must] keep abreast of what their children are doing, they know their children's passwords, they know the accounts and know what's on their phones."

Slater is being held at the Chesterfield County Jail.